East End Collaborations (EEC) is a partnership between Queen Mary, University of London and the Live Art Development Agency offering a number of support structures for graduates and young artists working with Live Art and based in London.

Alongside the Open Submissions East End Collaborations 2009 Performance Platform there will be an anniversary edition of the information and advice day Everything You Wanted To Know About Live Art But Were Afraid To Ask and special presentations across the weekend by ten artists who have taken part in East End Collaborations Platforms over the last decade – Helena Hunter, Oreet Ashery, Jiva Parthipan, Richard DeDomenici, Angela Bartram, Ben Connors and Holly Darton, Jungmin Song, Susannah Hewlett, Sheila Ghelani and Emma Wolukau-Wanambwa.

Oreet Ashery (EEC 2000) – Back in 5 Minutes
A two channel video installation that’s like a mini thriller about the art object versus a performative act and power relations between artists and curators. www.oreetashery.net

Richard DeDomenici (EEC 2002) – Plagiarismo! Redux
A preview of Richard’s new show in which he cites a rich and eclectic variety of case studies from the music, entertainment and art worlds, including his own disputes with News
International and the BBC. www.plagiarismo.com

Angela Bartram (EEC 2003) – Untitled
An illustrated talk on the mouth as a 'vulnerable orifice' and the abject that arises from our unregulated proximity to others, the influence of corporeal and spatial site and how this affects the viewing contract. www.angelabartram.com

Sheila Ghelani (EEC 2005) – 5 Years In The Life Of A Piece (Grafting and Budding…still)
A short film about how a piece of work you quietly make can end up being performed and refined FOREVER (well, for 5 years at least.. maybe longer…lets see shall we…)

Ben Connors & Holly Darton (EEC 2003) – A couple should sit next to each other facing the world
With selected elements from their past work on ideas of division, attachment and competition, this performance installation marks, and reflects upon, Ben and Holly’s working processes and performances. www.benandholly.co.uk

Susannah Hewlett (EEC 2005) – An audio work, Proud to be Presenting
Susannah continues her subversion of emblematic moments from our cultural and social realms to create a new EEC-themed audio work. www.susannahhewlett.com

A day of information and advice about Live Art, and a chance to learn from the experiences of artists who’ve been there before.

New Work Network will run an Information and Advice Table.

See the artists of tomorrow, today in the East End Collaborations 2009 Platform:

Rachel Mars – Unto us a Child is Born

Helena Hunter (EEC 2004) – The Other Room: Revisited
Helena returns to a performance she originally presented at EEC and explores the animal self, humiliation, degradation, the attempt to stand. www.helenahunter.com

Jungmin Song (EEC 2007) – A reel to A reel
Jungmin rethinks the strings attached to the balloons in her EEC performance Lighter Than Air.

Susannah Hewlett (EEC 2005) – An audio work, Proud to be Presenting
Susannah continues her subversion of emblematic moments from our cultural and social realms to create a new EEC-themed audio work. www.susannahhewlett.com

** To keep up-to-date with these exciting Live Art developments at Queen Mary, University of London please email [email protected] with 'A.I.R' in the subject line. 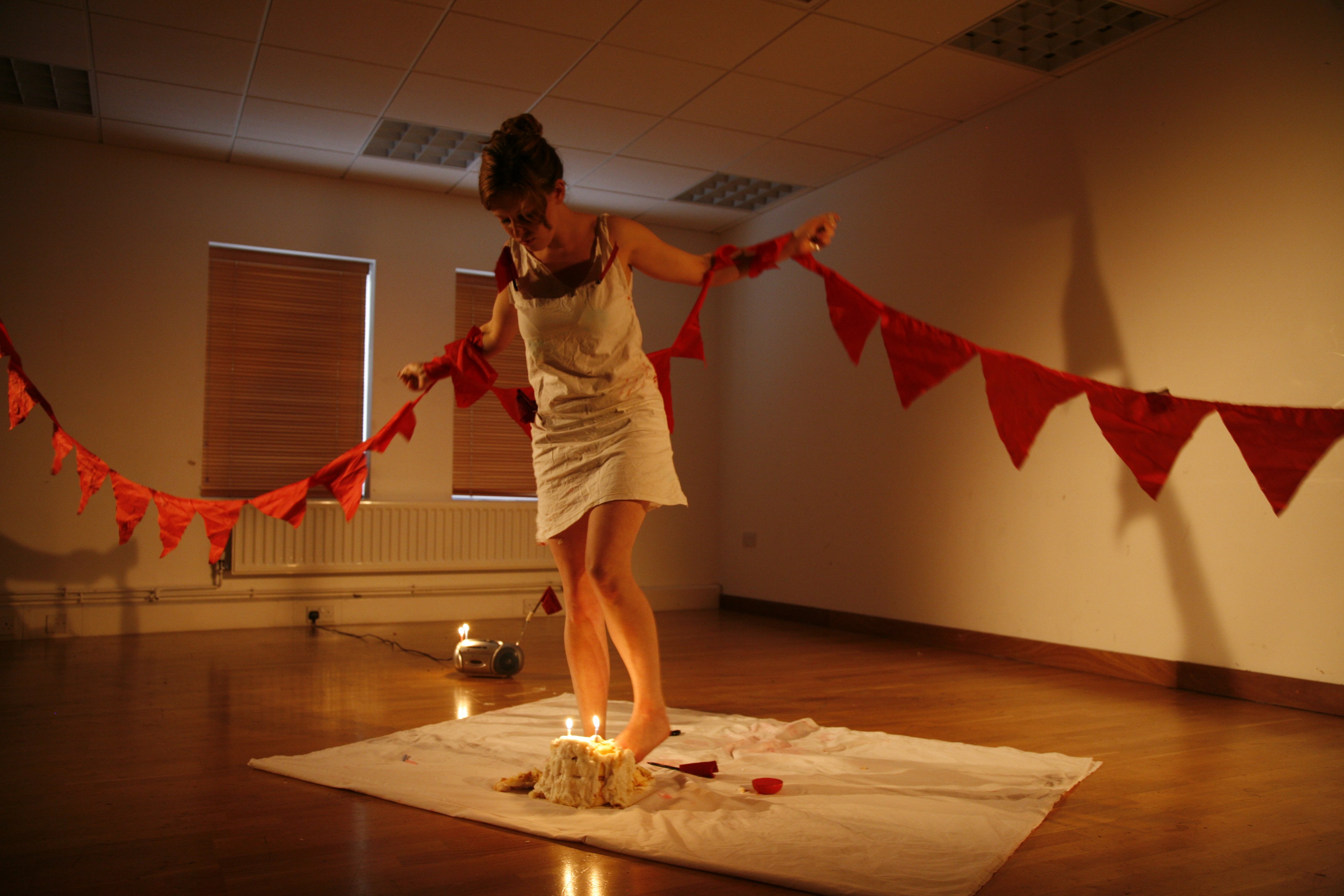 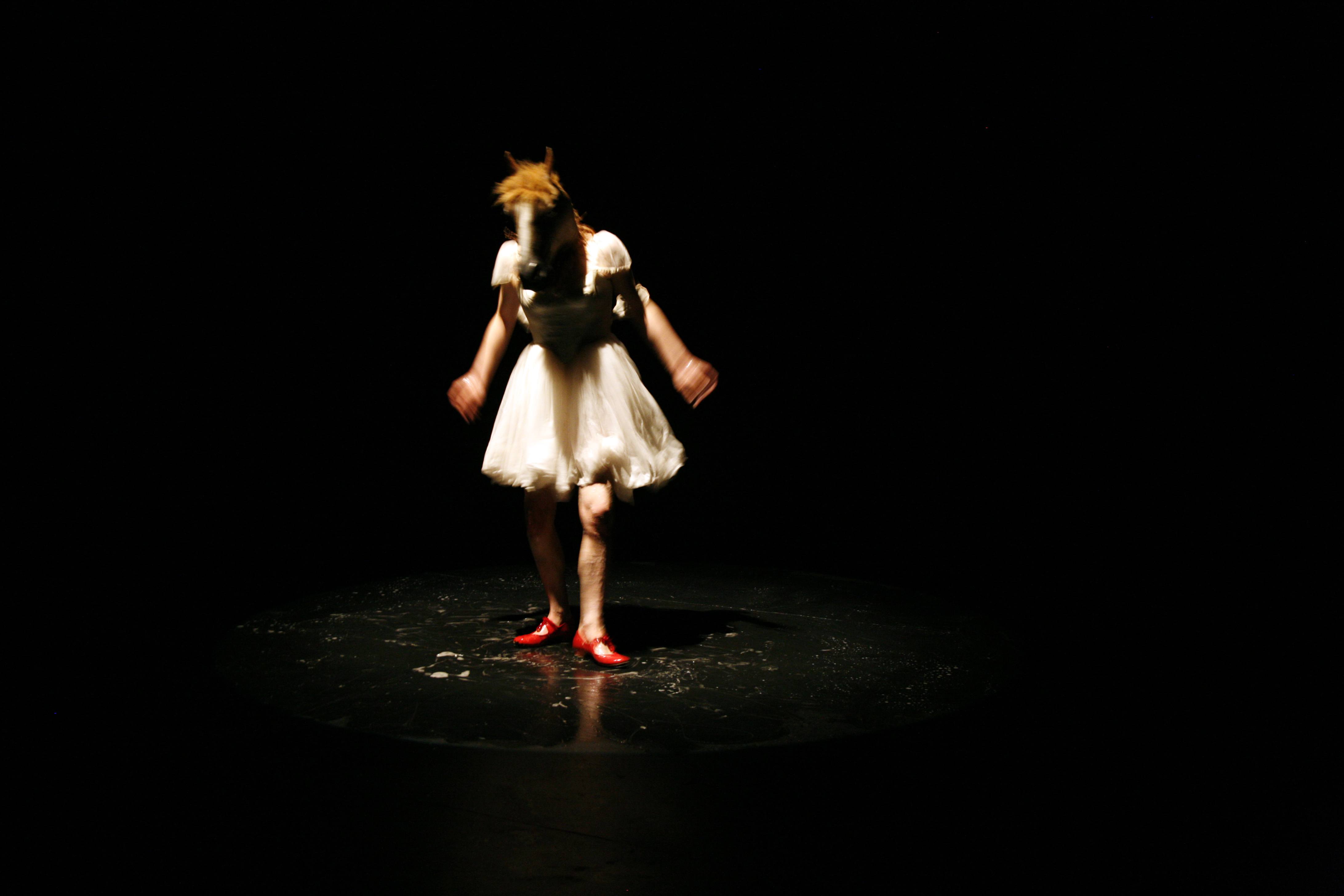 Helena Hunter, 'The Other Room: Revisited' 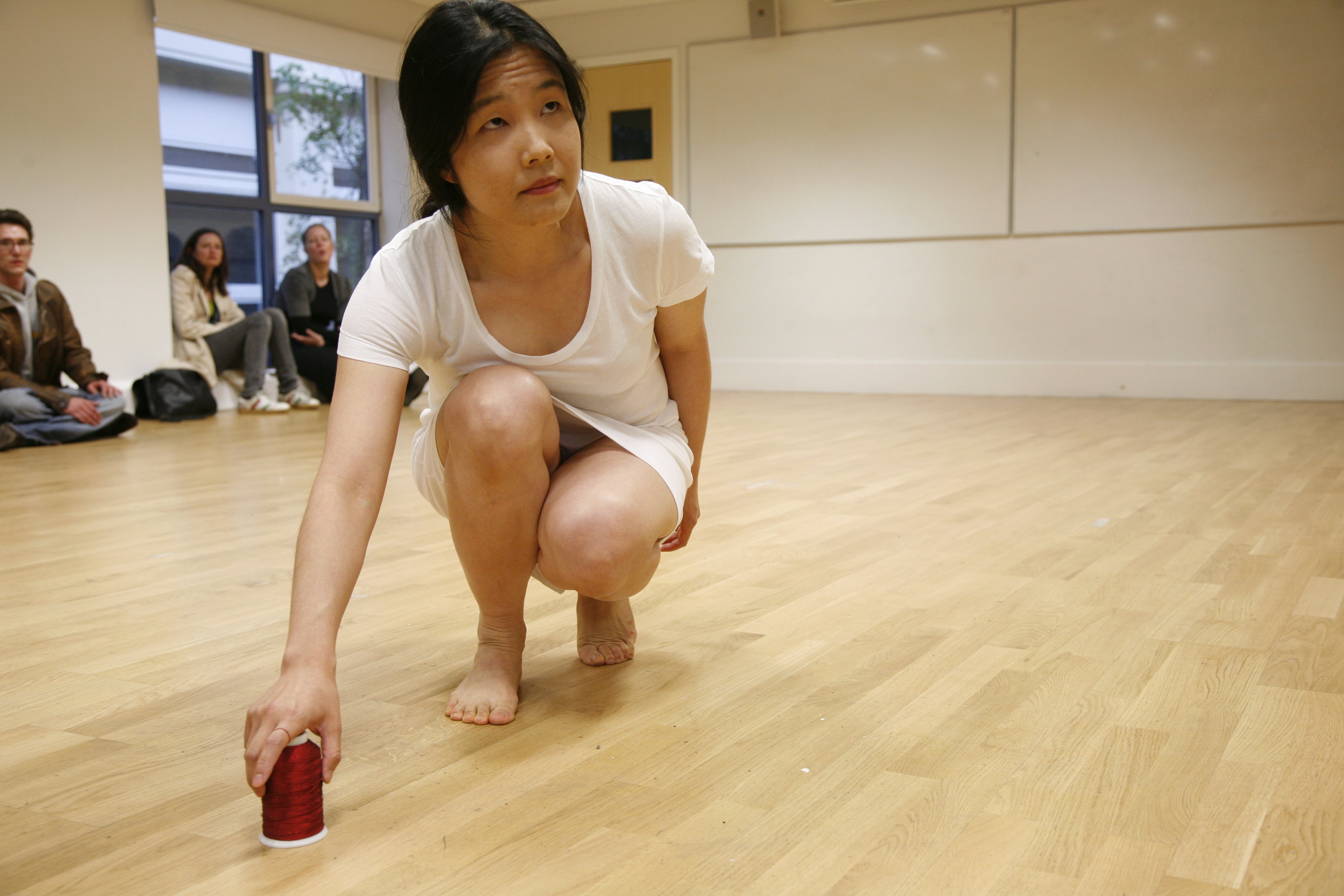 Jungmin Son, 'A reel to A reel' 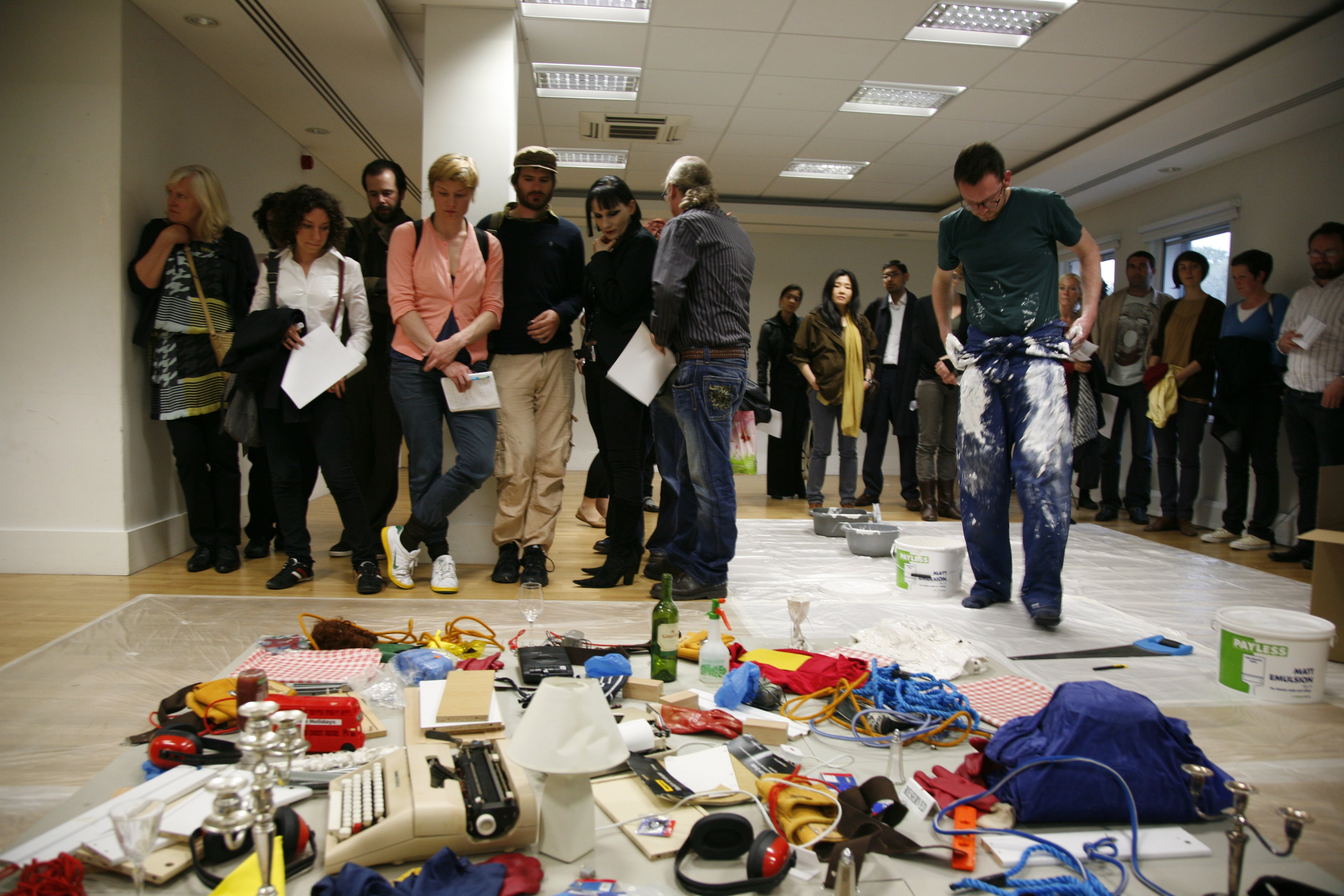 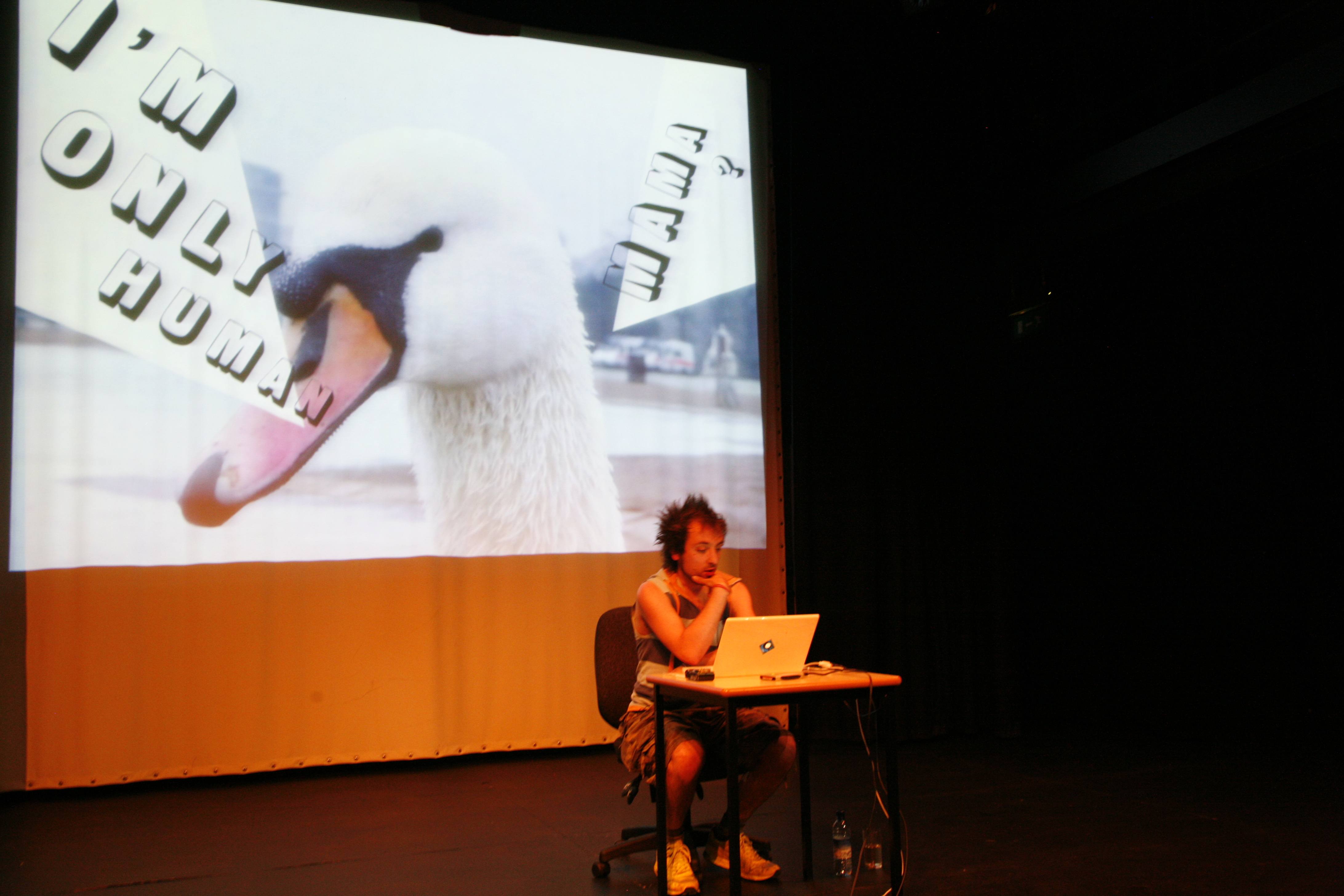 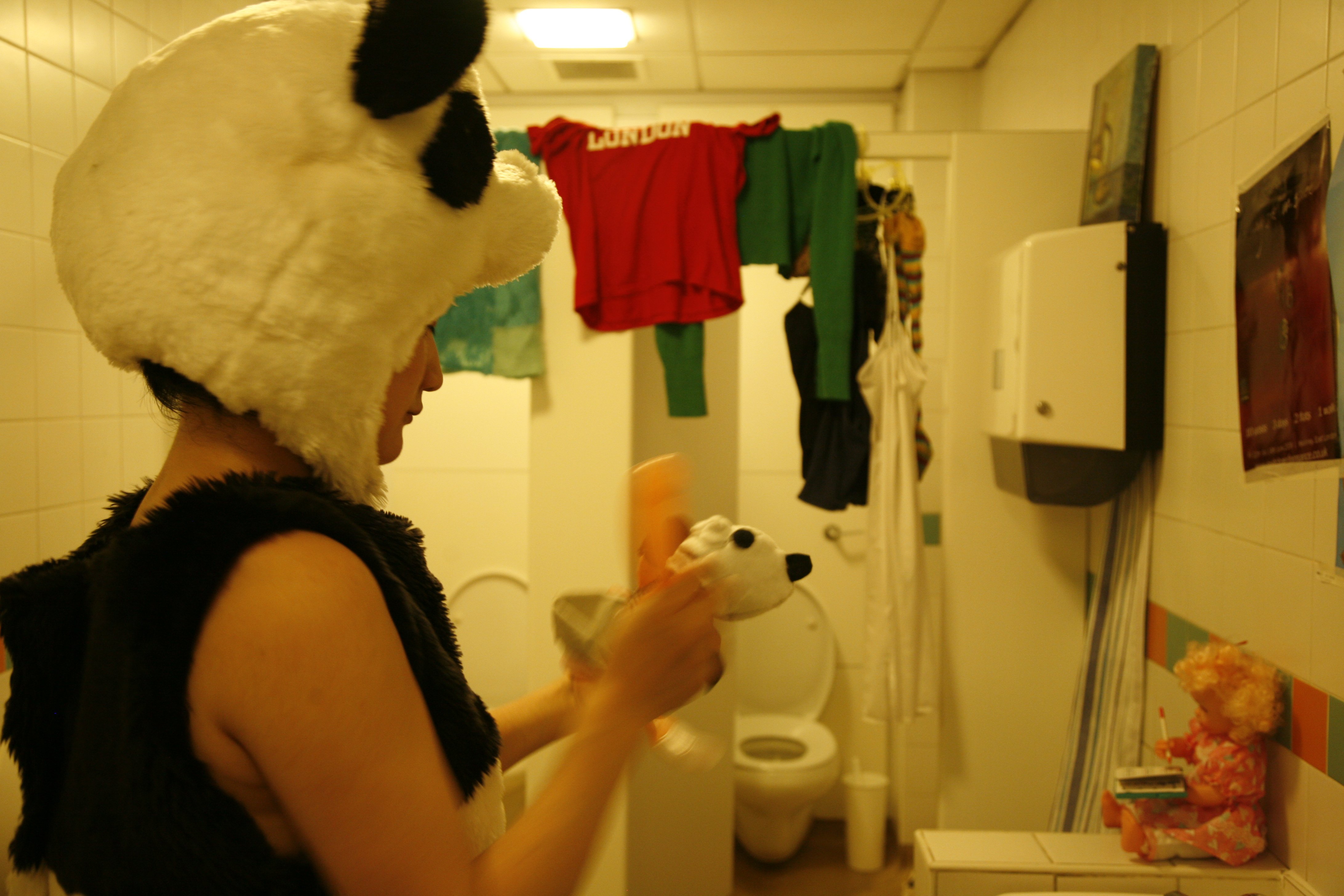 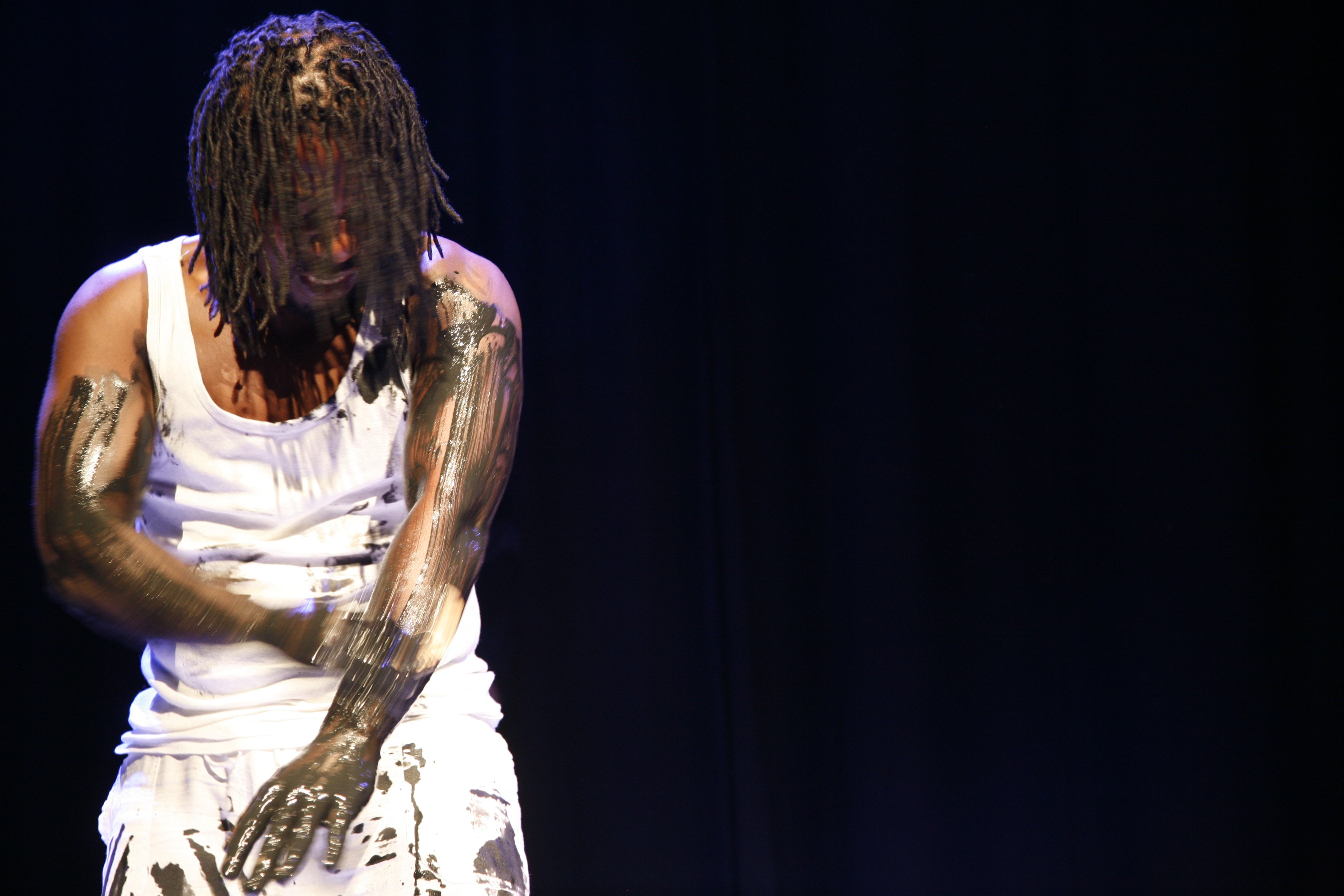 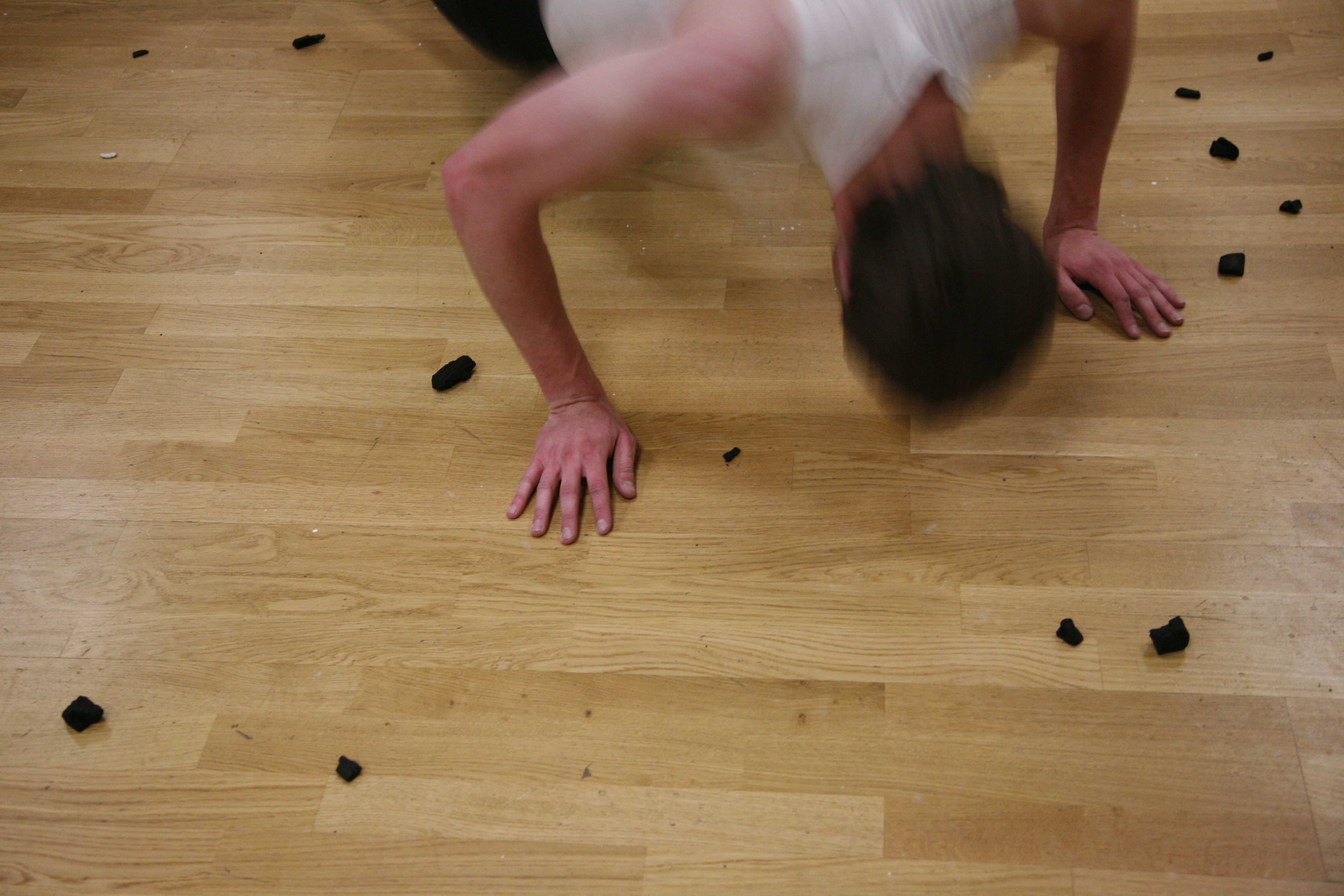 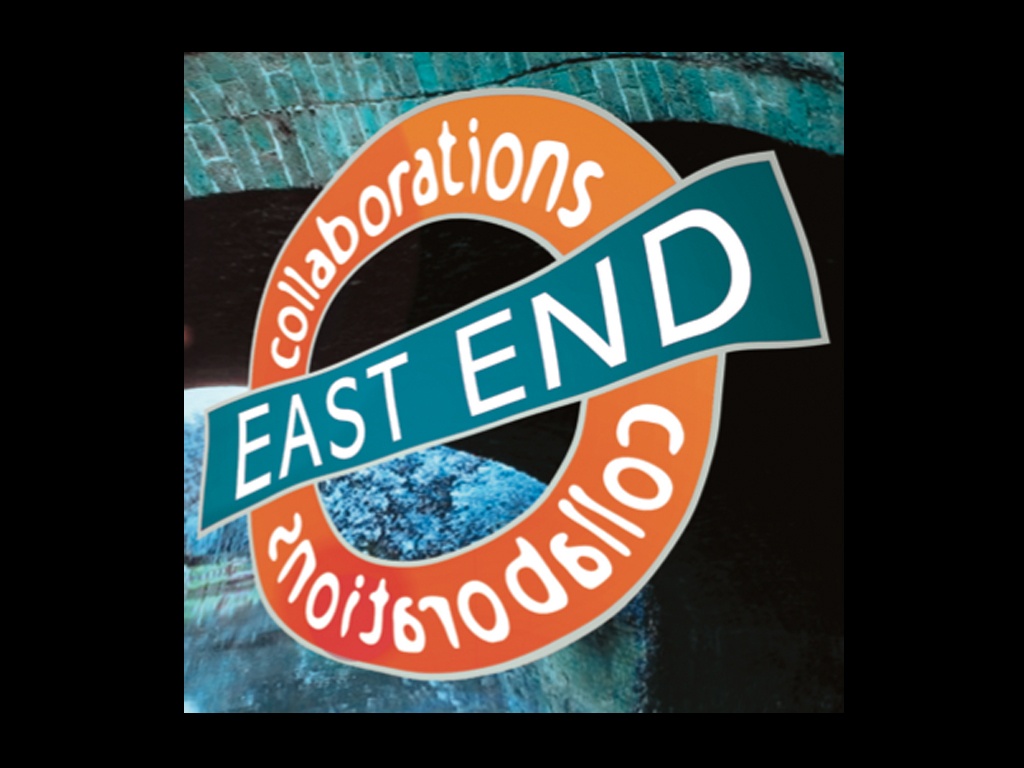 Rachel Mars – Unto us a Child is Born

Information and advice about Live Art for graduates and emerging artists.

Launching Live: Art and Performance and The Performance Pack at Tate Modern and Tate Liverpool.

Live in Prague- a festival of British Live Art , Performances, discussions, and workshops

A book of collaborative photographs of the body in performance by Manuel Vason.