Available from Monday 15 to Sunday 21 June only, the second week of our Summer Season features works by: 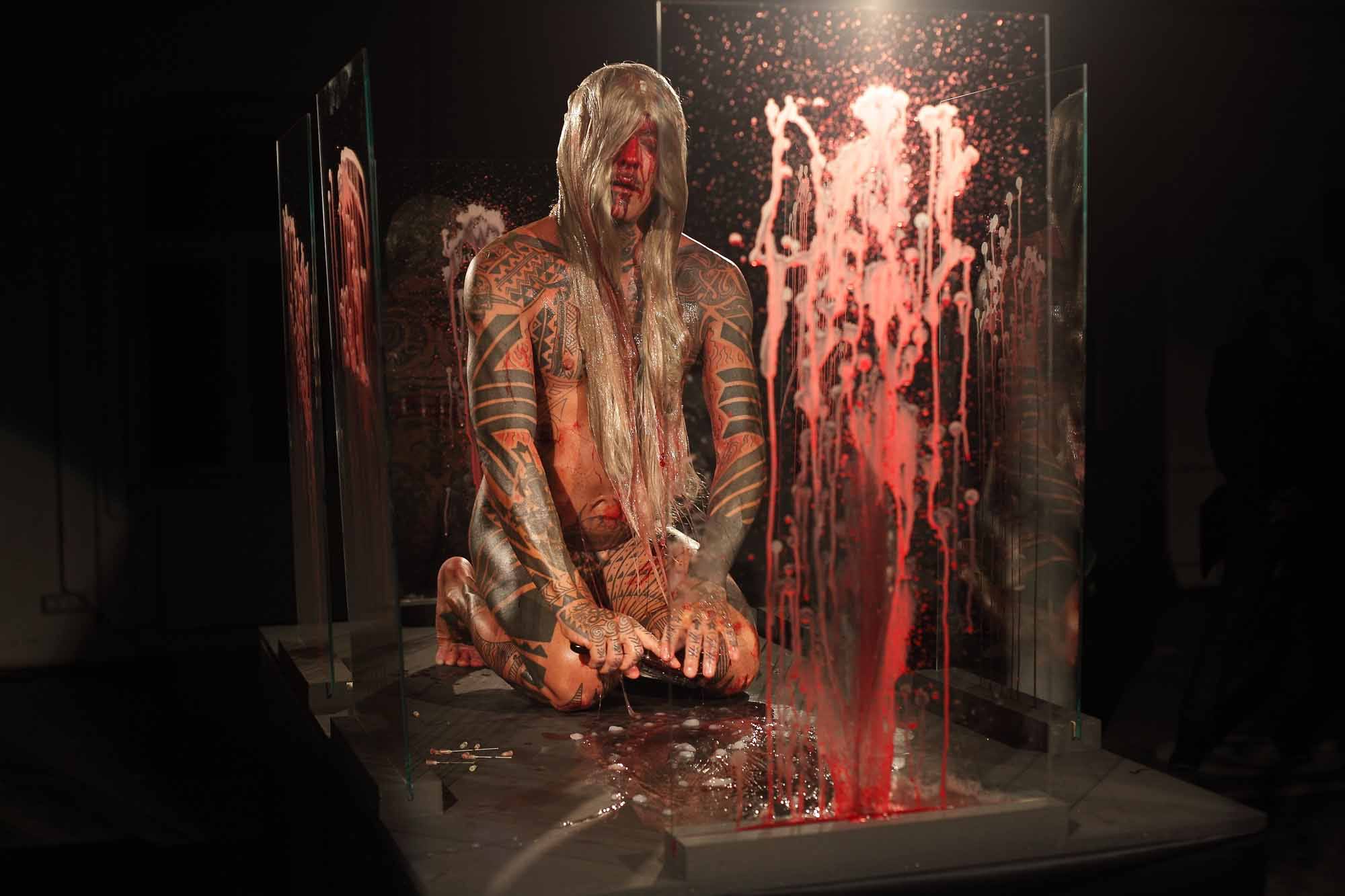 We are delighted to host this live lecture on Penetration in Live Art and video by Ron Athey. The lecture will take place on Zoom on Thursday 18 June, 7.30pm (BST).

Ron Athey is an iconic cultural figure and LADA artist Patron who started in performance in the early 1980s in context of L.A.’s underground music scene. Best known for his boundary-pushing body mutilations, Ron has been pursuing the transcendent and sublime through performance for more than three decades. Ron’s work invents new forms of ritual and celebration, conjuring the sacred as an antidote to the empty individualism of contemporary life, and pushing towards the merging of humans and gods. 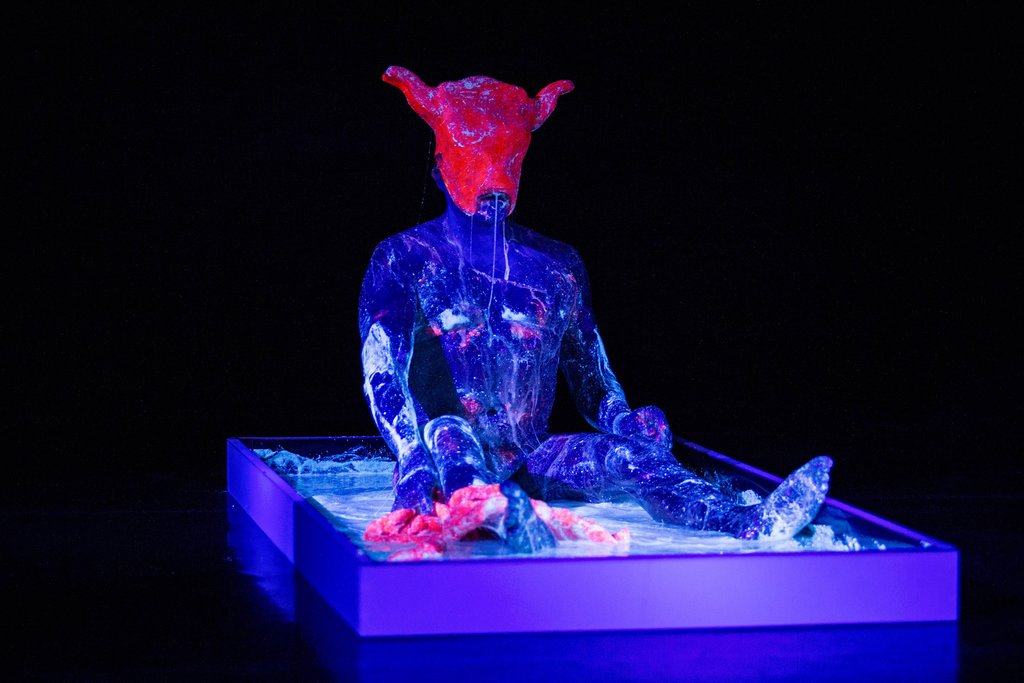 In his third one-year performance piece, from 26 September 1981 through 26 September 1982, Hsieh spent one year outside, not entering buildings or shelter of any sort, including cars, trains, airplanes, boats, or tents. As he roamed around Lower Manhattan he relied on pay phones and chance meetings to keep in touch with his friends. Each day, he recorded his wanderings on a map, noting in particular the places where he ate and slept. The film documents his activities over the course of the year.

Hsieh is one of LADA’s artist Patrons and a seminal figure in the history of performance art. Beginning in the late 1970s, Hsieh made five One Year Performances and a Thirteen-year Plan, inside and outside his studio in New York City. Using long durations of time as context for the work, making art and life simultaneous, the first four One Year Performances made Hsieh a regular name in the art scene in New York; the last two pieces, in which he intentionally retreated from the art world, set a tone of sustained invisibility. 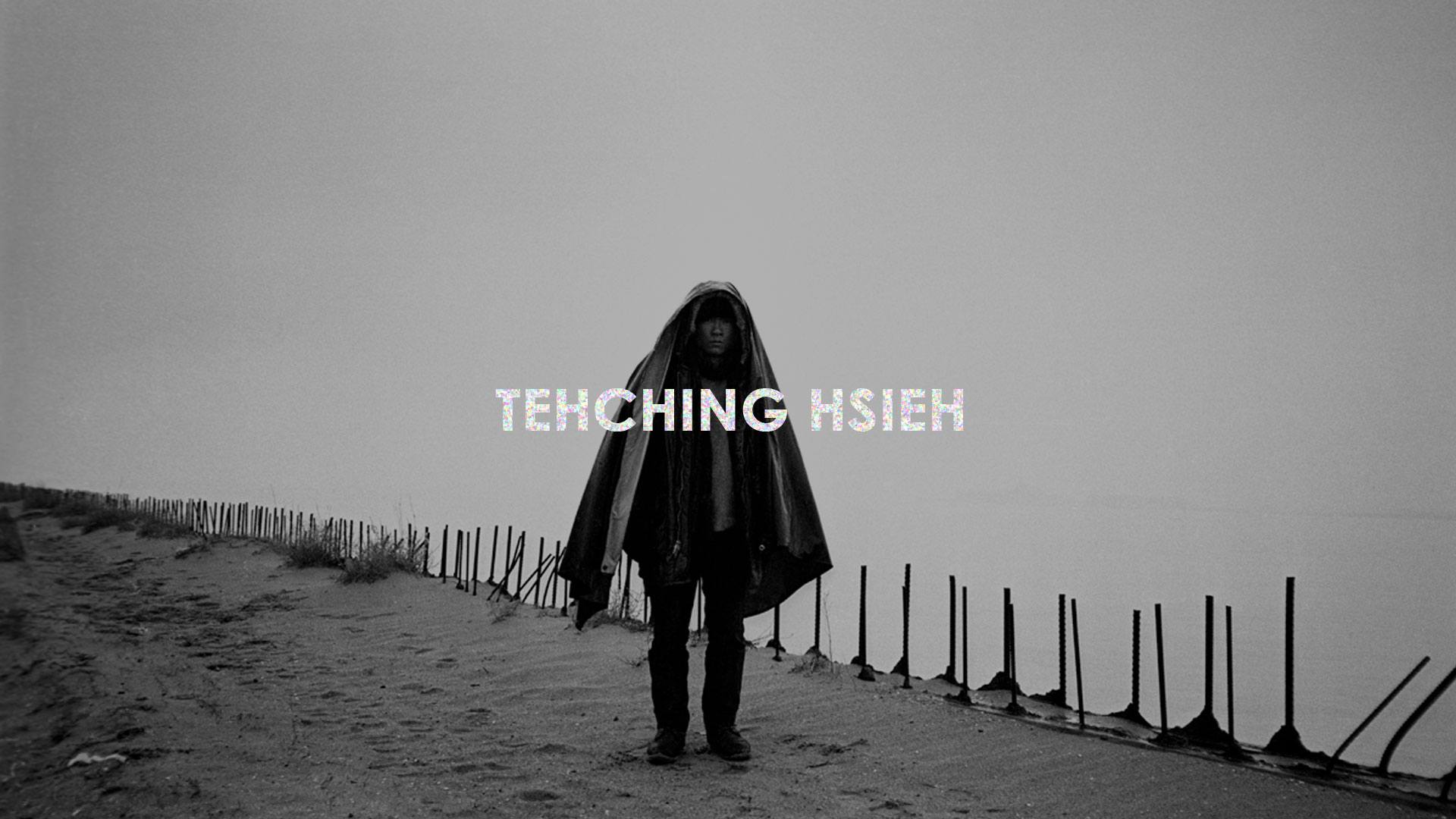 SWIM was one of a series of works looking at people and their relationship with water in an urban setting. Taking place on 12 July 2007, ​it was an open invitation, all access swim across London from Tooting Bec Lido to Hampstead Heath Ponds. The Independent commented on the ‘cosmic oddness’ of SWIM, this film documents the day and the journey through London. SWIM was an inclusive, participatory celebration with both male and female swimmers of all ages, sizes and abilities, exploring and ideas of freedom in this dream of swimming the capital. 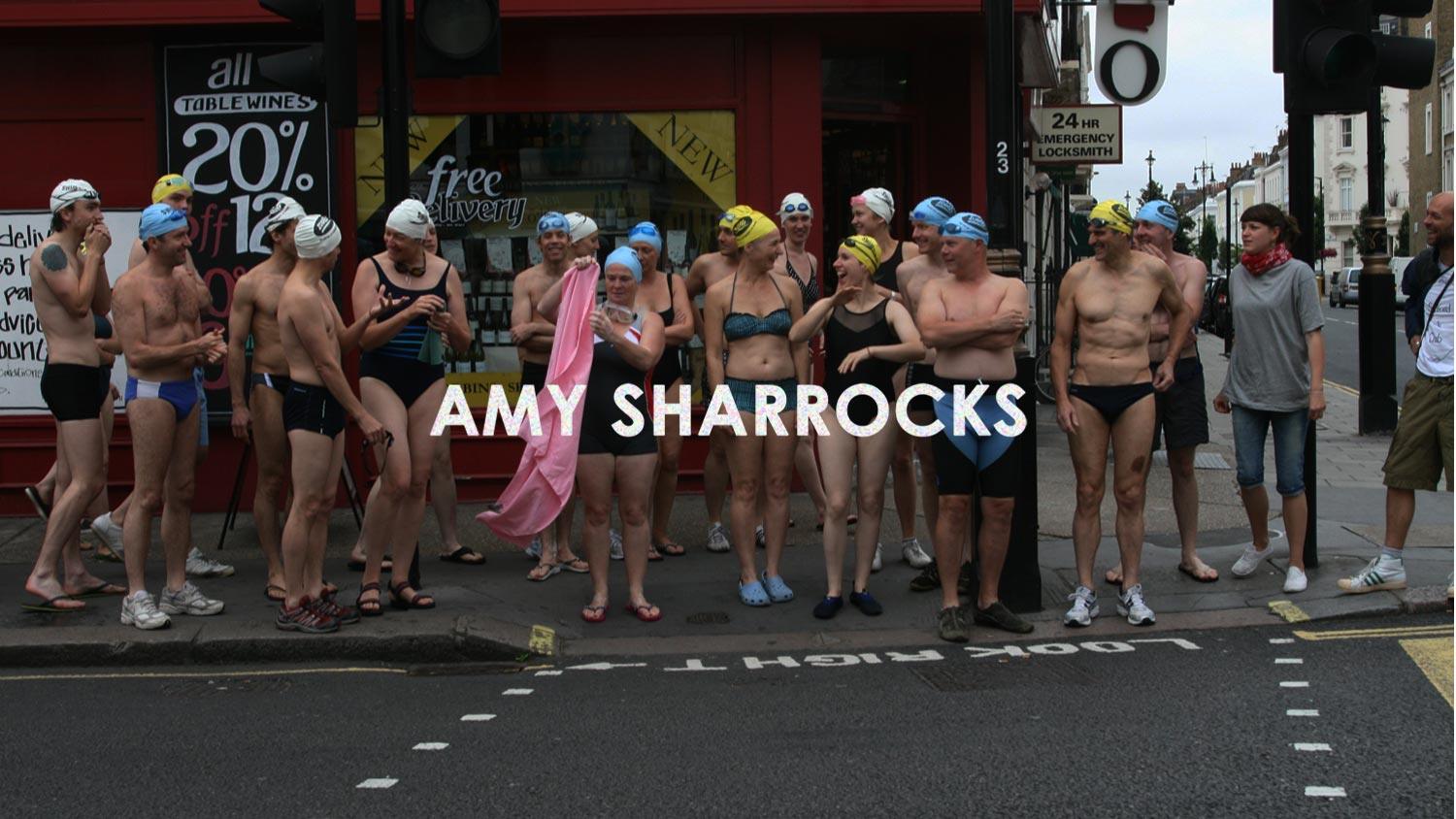 Everybody knows that the magic of performance can never be captured on camera - be it the giggles, the awkward silences, the temperate, smells, or sudden jolts of nostalgia. Although the documentation of SWIM can't truly portray the love and warmth that Amy brings to her work and life - every single day - what this wonderful film does do is give a brilliant sense of how blessed people felt making this participatory action. I hope you enjoy.

Amy Sharrocks is a live artist, sculptor and film-maker who invites people to come on journeys in which their own experience, communication and expression are a vital part. Undertaking these journeys with a sense of humour, joy and risk, Amy creates work that is rich, unpredictable and different every time.

SWIM was first screened in 2015 by LADA at the beginning of the LADA Screens programme, a series of online screenings of seminal performance documentation, works to camera, short videos, films and archival footage. 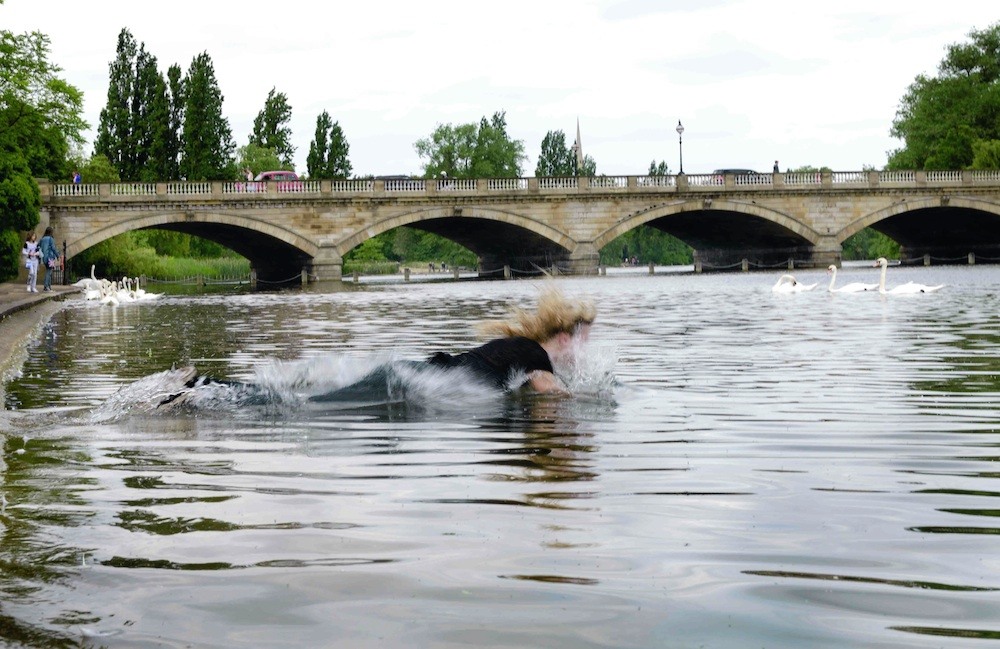 In December 2015, thousands of civilian activists, climate based foundations and NGO’s descended on Paris for COP21 – the 21st United Nations conference on climate change. Coinciding with the conference and related events LADA screened The Gluts Go To Copenhagen, a short documentary made during a previous climate change summit, COP15, which took place in Copenhagen in December 2009.

This film is about ‘The Gluts’, an environmentally crusading girl-band comprising Gina Birch, Kaffe Matthews and Hayley Newman. The Gluts formed in 2009 to write ‘Café Carbon’, sixteen songs about food and climate, which they took to the Copenhagen Climate summit (COP15) in December 2009, adding their voices to other concerned citizens urging governments around the world to take action on climate change.

The Gluts go to Copenhagen was first screened by the LADA in 2015 as part of the LADA Screens programme, a series of online screenings of seminal performance documentation, works to camera, short videos, films and archival footage. 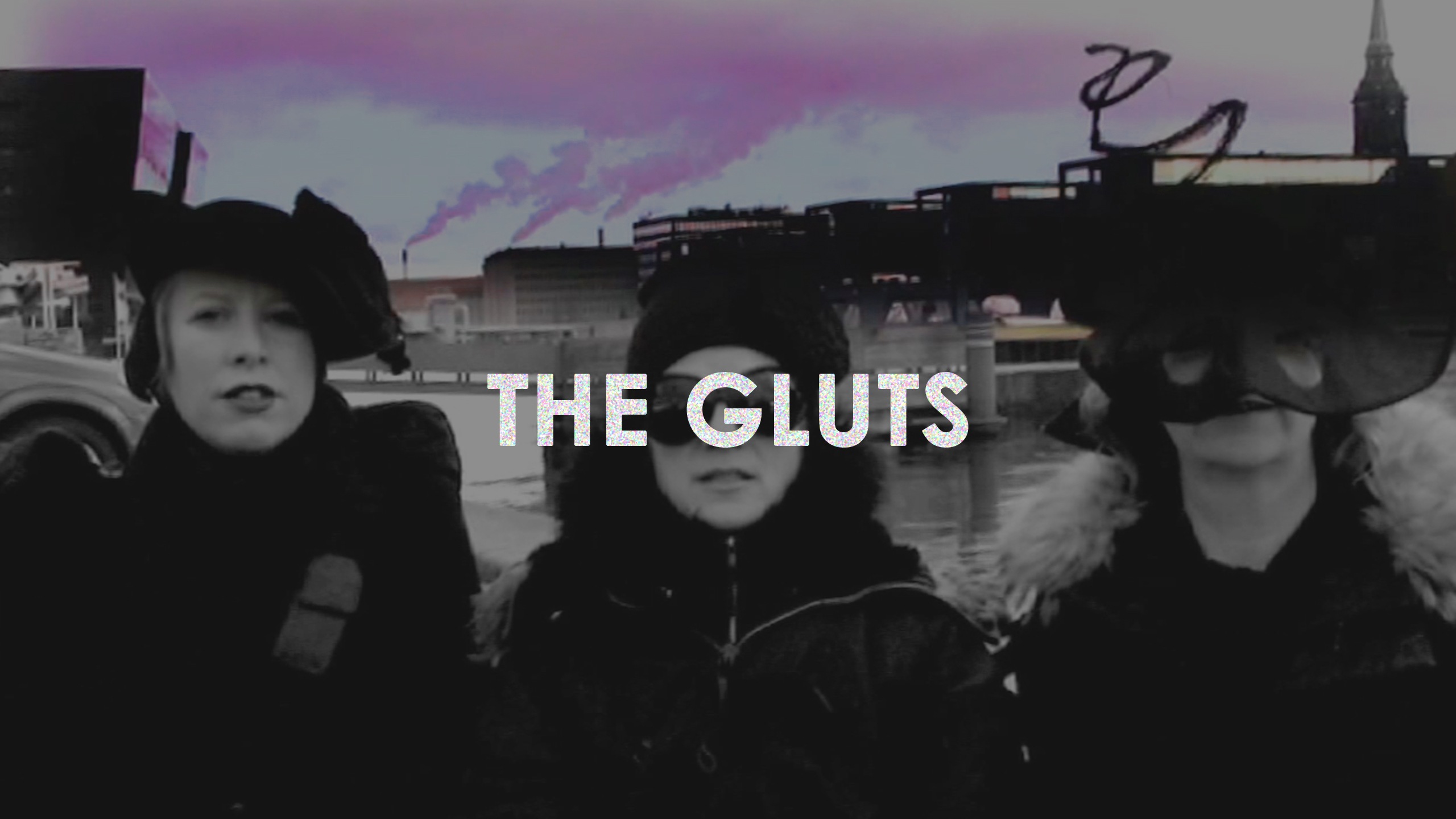 Few people have attempted to describe Shaun Caton’s performances because they are so hideously grotesque, densely layered and interwoven with atmospheric detail, and operate on many sensory levels. ‘Apocalyptic’, ‘dream-like’, ‘proto-prehistoric’, ‘cyber shamanic raves’ and ‘epic primordial extravaganzas’ are some previous attempts to explain this reclusive artist’s highly personal performances.

From 2009-14, film makers Julius Beltrame and Robert Pugh filmed many of Caton’s performances, often travelling with him on location. A Glimpse Inside the Grotto is a candid and visually stunning film introduction to Caton’s bizarre inner world and the performances he creates to make sense of this.

Shaun Caton is also an obsessive collector and has amassed an incredible collection of vintage photographs, covering the period 1850-1980, relating to the history of performance in all its guises and genres, with a definite taste for weird and wonderful. In this film he shares some rare highlights from this archive and in his own personal interpretation, talks about how collecting photographs of performance has shaped his own life and work.

A Glimpse Inside the Grotto (2014), was first screened at the beginning of the LADA Screens programme in 2015, a series of online screenings of seminal performance documentation, works to camera, short videos, films and archival footage. 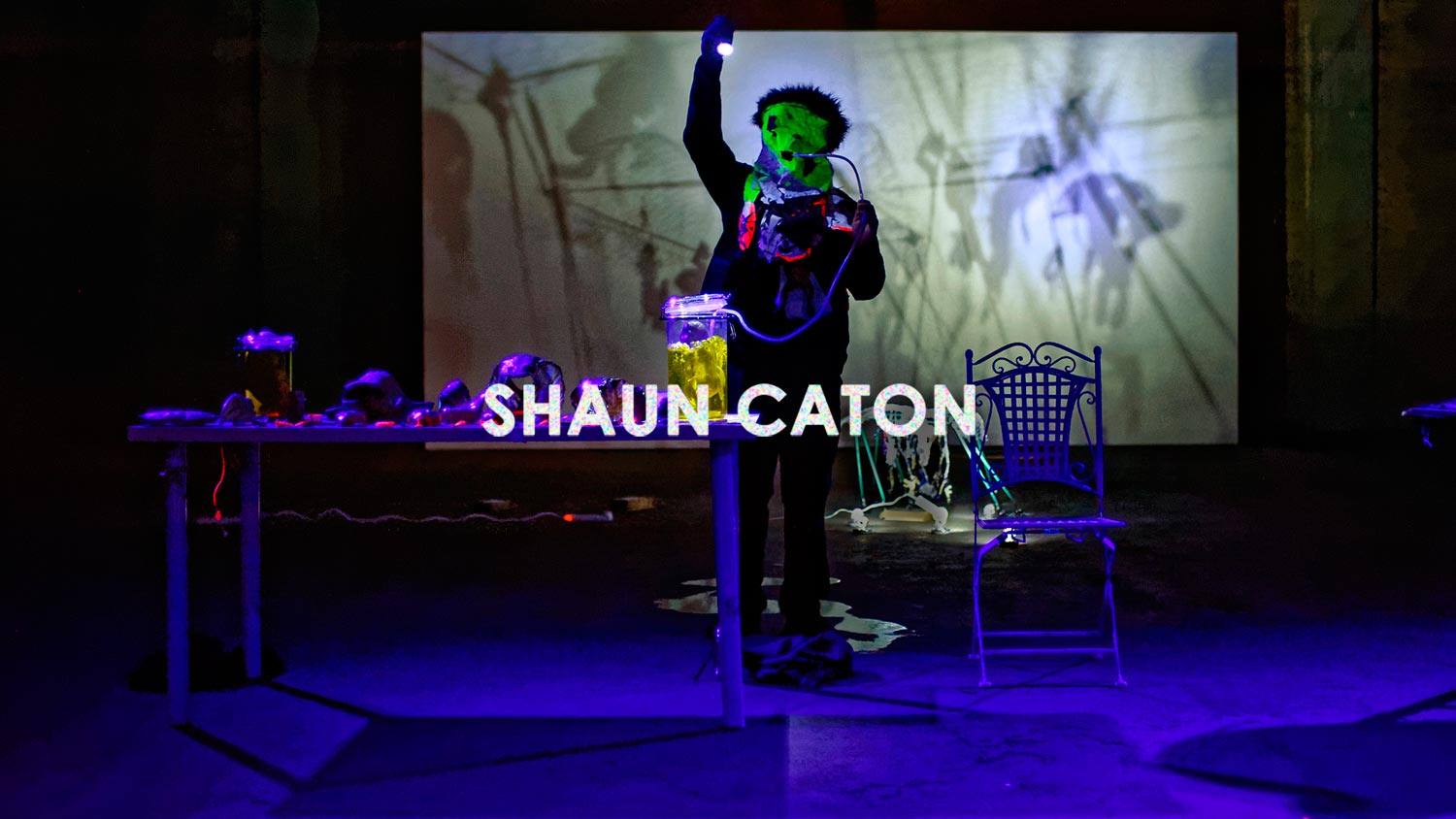 A Glimpse Inside the Grotto, Shaun Caton. Image by Julius G Beltrame.

Keith Khan’s new film Z is our summer LADA Screens. Z is inspired by the movements of penitence and suffering of devotional rituals in Spanish Catholicism. Z is available to watch online until July 19, accompanied by a filmed conversation with Khan. 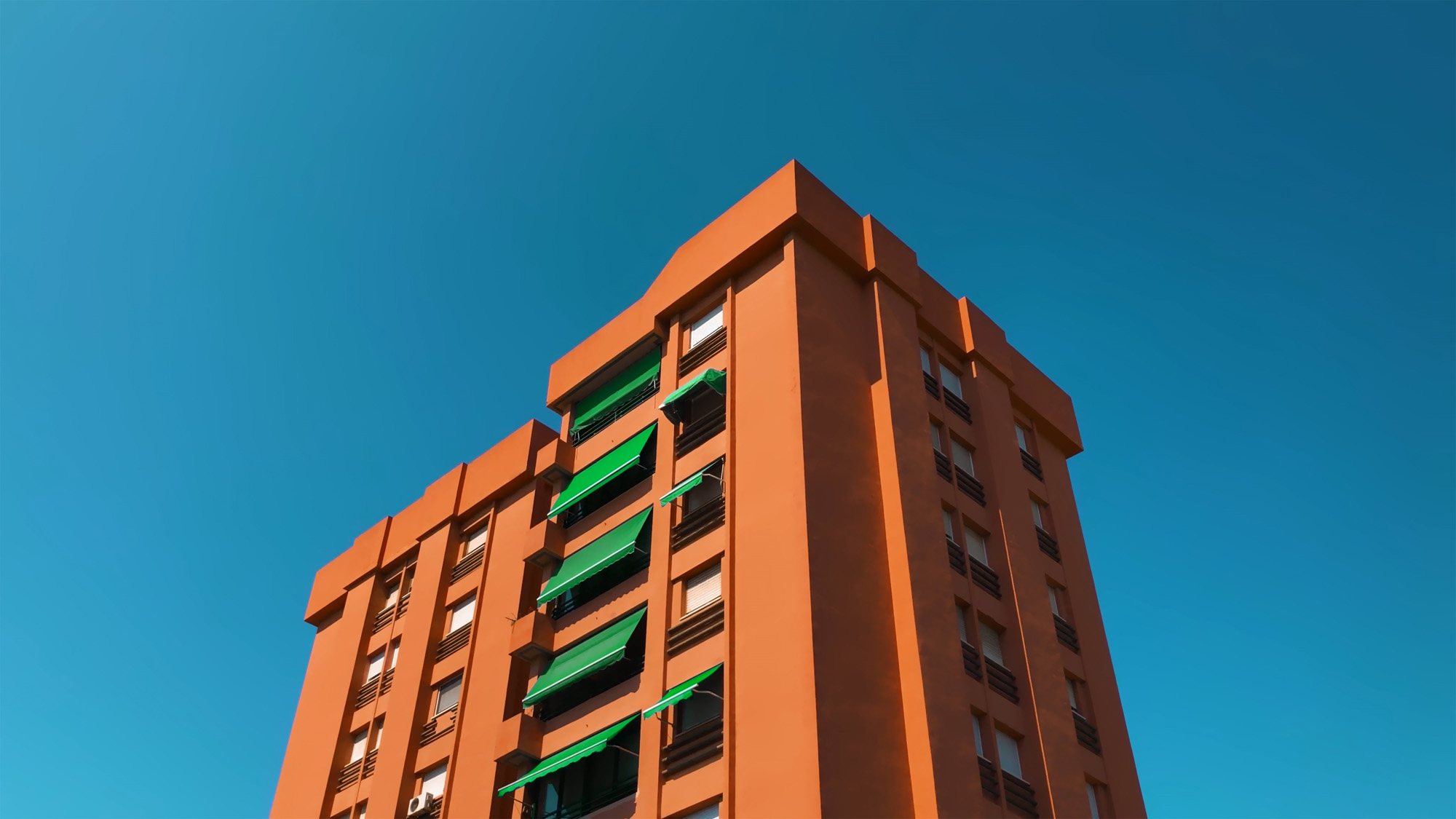 Between Monday 8 June and Sunday 19 July, LADA will present an online Summer Programme – weekly offerings of screenings, talks, presentations and ‘live’ online events that draw upon the incredible resources and resourcefulness of the artists and organisations who work with, around, and for Live Art. This programme will include contributions by LADA’s artist Patrons, a selection of LADA Screens Greatest Hits and the presentations of Once More with Feeling – a series of instruction and reenactment pieces commissioned by LADA during the Covid-19 pandemic. 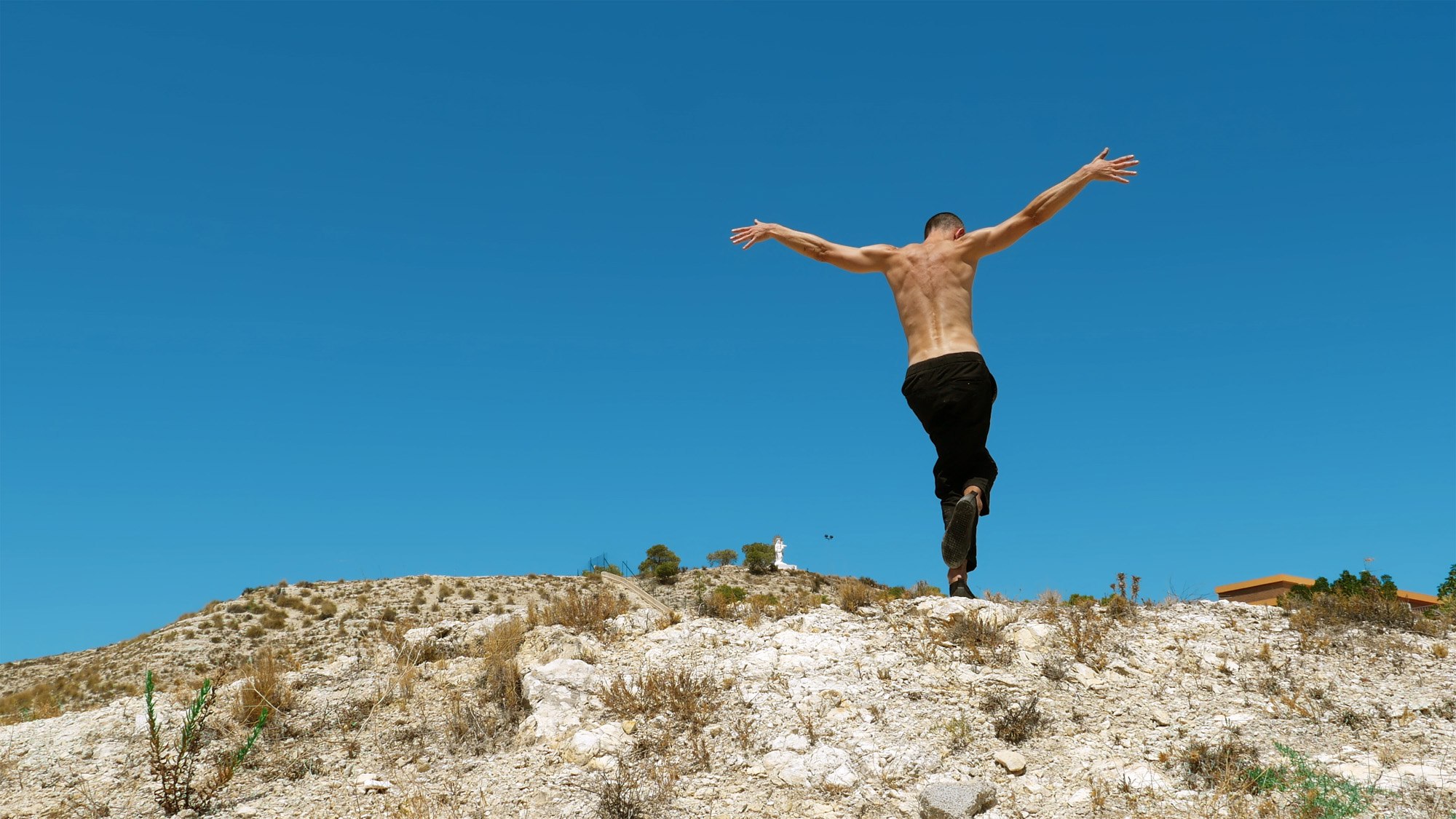