LADA is delighted to present this online screening of Z, a new performance film by Keith Khan.

The film will be available online from Monday 8 June, through to late July. The film will be presented alongside a conversation between Keith and Joseph Morgan Schofield (LADA), filmed remotely in May 2020.

Z is a new performance film by Keith Khan. Echoing the still sparseness to be found in the work of the 17th century Spanish painter Franciscó de Zubarán, the film is inspired the by movements of penitence and suffering found in the devotional rituals of Spanish catholicism. Castigation is a common sight – men whip themselves in public, carry heavy saint statues on floats with bare feet in an ostentatious show of public suffering, visibly displaying their faith and devotion before others. Conversely, women suffer in silence and stillness at home. Here, performing a taconeo (the flamenco footwork), the female figure experiences a moment of release. Limited by the narrow range of expression and movement found in devotional religious sculpture, the performers Carolina Junco and Carlos Alma, work towards an experience of religious ecstasy.

Z can be seen as a counter point to a work Khan made in 1986 with Dianne Esguerra entitled  Images from Purdah, and based on the Koran and Othello, 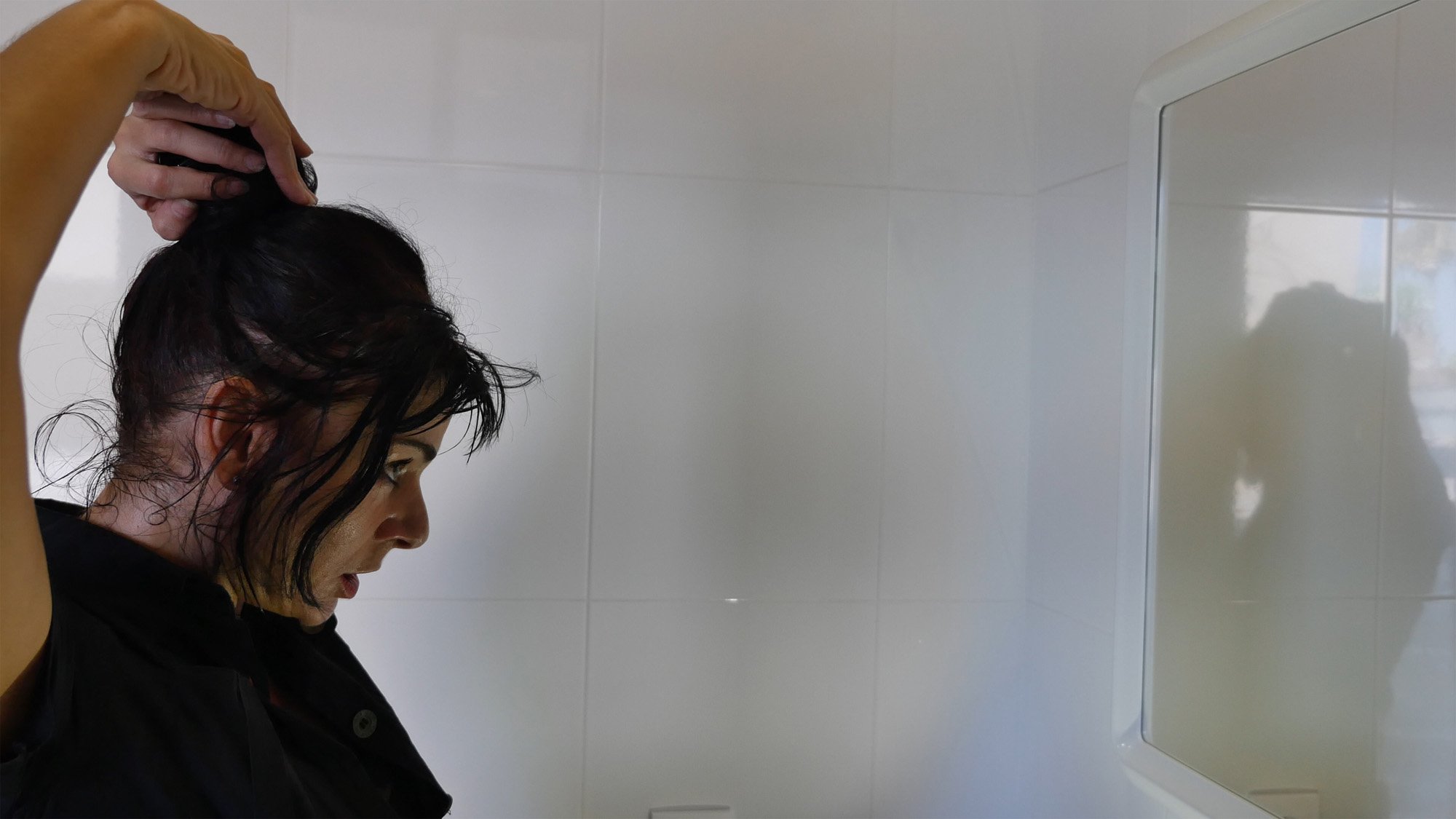 Keith Khan works with performance, film, drawing and textiles. Born in London, of Indo-Caribbean heritage, he interrogates the layers of inherited ethnic and cultural identities and the contemporary phenomenon of cultural confusion. His works are highly personal, but often presented in different locations and for an audience as diverse as himself.

Khan’s current practice draws on experiences of displacement – he has created a series of animations, large embroideries, drawings and made a series of films in China and India featuring artists and cultural commentators talking about their neighbours. A new commission by the Manchester International Festival, entitled “The Accountants” will premiere at the new digital space, “The Factory” in 2022.

In 2020 the BFI are re-releasing some early video work made by Khan and moti roti, a company he founded in the 90s.

Each screening will be available to view for a limited time only, and will be launched with a live event at our space in Bethnal Green, London.

Between Monday 8 June and Sunday 19 July, LADA will present an online summer programme – weekly offerings of screenings, talks, presentations and ‘Live’ online events. This programme will include contributions by LADA’s artist patrons and the presentations of Once More with Feeling – a series of instruction and reenactment pieces commissioned by LADA during the Covid-19 pandemic. The programme will culminate in LADA’s first Summer Fete on Sunday 19 July – an online affair offering art, gifts, ideas and experiences. We are currently seeking proposals for folx to hold stalls as part of the Fete, and for Once More With Feeling.

Responding to the pandemic, and the associated states of isolation, lockdown and distancing, LADA has compiled this ongoing list of support and resources for artists and arts workers, and we have offered two online, collaborative home-based residencies, programmed through open call. 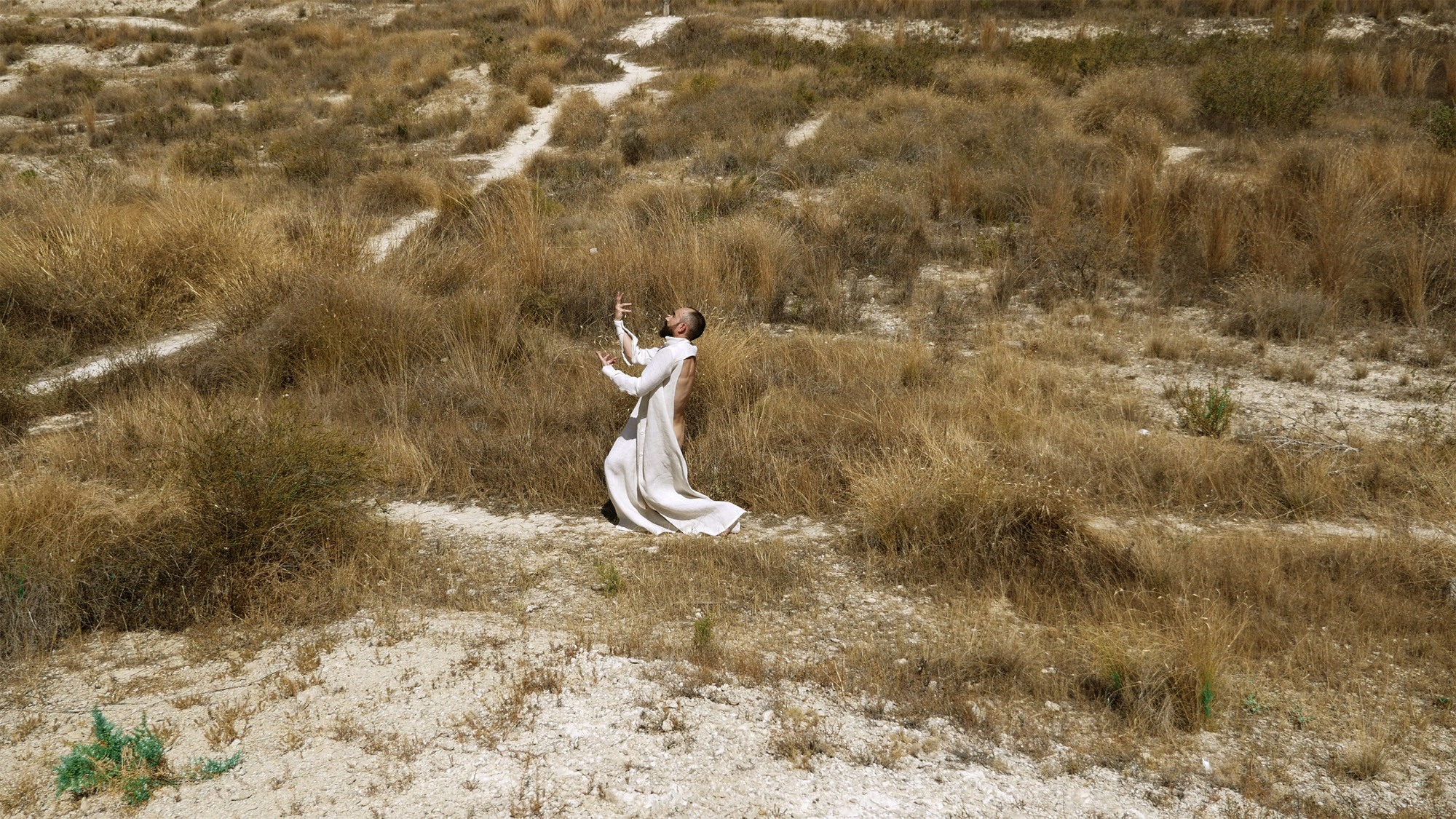 Still from Z by Keith Khan. Image courtesy of the artist.

A slow conference for a fast evolving crisis.

Something Other Live – On Circularity

Common Salt is a performance around a table – a ‘show and tell’ – exploring the colonial, geographical history of England and India.

Presentation by Swiss artist Maïté Chénière who will talk about their work in music, performance and queer club culture, and the research they have been undertaking on their residency in LADA’s Study Room.

An evening of presentations by Ansuman Biswas, Anne Bean and Sandra Johnston on the practice of Live Art, and the 2nd Annual Live Art Lecture on the politics of Live Art by Morgan Quaintance.

[POSTPONED] An Evening with Sheree Rose

An online screening of Lords of Misrule, a new film by the artist Tim Bromage.