The Live Art Development Agency has commissioned Martin O’Brien and Noëmi Lakmaier to create new performance based works, to be presented in March 2011 as part of the Access All Areas: Live Art and disability programme. These projects were selected following a public Call for Proposals.

“Death is always with me. It’s in my lungs. I’m a factory of mucus as thick as pudding… a human foster’s freeze machine making sundaes of sickness.” – Bob Flanagan.

Martin O'Brien's practice focuses on physical endurance and excess in relation to the fact he suffers from Cystic Fibrosis, a severe chronic disease in which the body produces excess mucus that, amongst other things, works to restrict and prevent breathing through clogging up of the airways and lungs. O’Brien’s practice includes a daily regime designed from imposed medical treatments and preparatory exercises for his work, investigating the convergence between the condition of his body and his body based performance practice.

Martin O'Brien has performed in venues in Britain, Poland, Germany, Spain and Norway and his work has been described in Real Time Australia as ‘Utterly compelling… a real tour de force’. He has recently run a Live Art Development Agency DIY 7 project entitled ‘Altered States’ at Colchester Arts Centre. He was a contributor to ‘Victim Art: Plague, Performance and Metaphor’ as part of Ron Athey’s residency at the Centre for the History of Emotions (2010), Queen Mary University London and artist in residence at Gallery Art Claims Impulse, Berlin in 2008. In October 2010 he will begin a practice based AHRC funded PhD at the University of Reading on endurance based performance.

“Undress/Redress is a live and durational piece that aims to evoke, address and explore the ambiguities of intimate inter-human interaction between the female, disabled body and the able bodied male.

The actions in this piece are essentially familiar and at the same time fundamentally absurd. The manner in which the man handles and undresses/redresses me remains ambiguous throughout, giving rise to questions as to the intentions behind the activity: Are the man’s intentions sexual or those of a caregiver? Am I fully consenting to what is being done to me or am I merely tolerating it?” – Noëmi Lakmaier

Noëmi Lakmaier's work explores notions of the ‘Other’ ranging from the physical to the philosophical, the personal to the political. The individual's relationship to its surroundings, identity, and perception of self and other in contemporary society are core interests in her predominantly site-responsive, live and installation-based practice.

Lakmaier's work aims to emphasize and exaggerate the relationship between object, individual and space. Through the use of everyday materials as well as her own body and the bodies of others, she constructs temporary living installations – alternative physical realities – exploring the psychological implications of power, control and insecurity, the drive to belong and succeed as well as feelings of self-doubt and otherness.

She is interested in the presence of the viewer as voyeur and how this presence can act as the catalyst that galvanizes an event and creates a tension and a divide between ‘Them’ – the passive observer – and the ‘Other’ – the objects of their gaze. 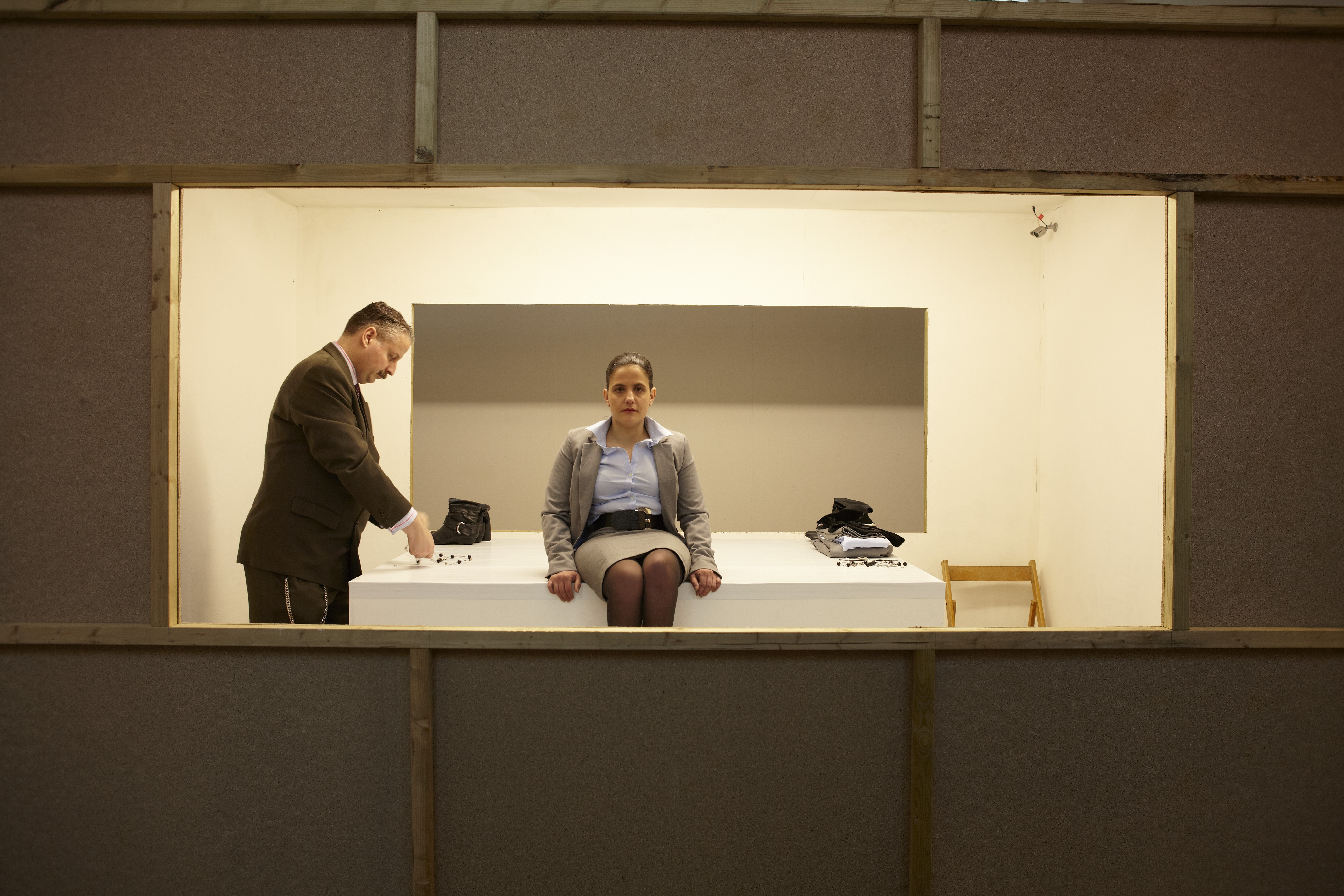 A two-day programme on Live Art and issues of disability.

Radical approaches to representations of disability by contemporary artists

A free, all day event in New York with UK and US artists and activists

The Live Art Development Agency is delighted to invite proposals for two new Live Art commissions from UK-based artists who identify as disabled.