RRR5 (2019-21) is considering the idea of what it means to manage the radical (or radicalise the management) and aims to rethink, reposition, and reimagine how art that operates and thinks ‘differently’ is created, produced, peopled, framed, funded, represented and contextualised. The project is asking what forms of management and methodologies of production might be more appropriate and effective for radical new forms of artistic practice?

Live Art has always broken the rules of cultural production and consumption. Defying markets and the traditional economies and exchanges of art and performance, Live Art is often intrinsically collaborative, process based, context specific and audience centred. Live Art is, in many ways, a research engine driven by artists who are working across forms, contexts and spaces to open up new artistic models, new languages for the representation of ideas, and new ways of activating audiences and intervening in public life. Live Art challenges who is making art, how they are making it, where they are making it, and who they are making it for. For many black, women, queer, disabled, trans, working class and other socially marginalised artists Live Art offers a site to break apart traditions of representation and explore the construction and performance of identity. For many politicised, artist-activists Live Art offers new creative strategies to effect change in relation to a host of urgent and complex socio-political issues.

Live Art is on the frontline of enquiries into what our culture is and what it can do, and almost inevitably demands different approaches to ideas of arts management. 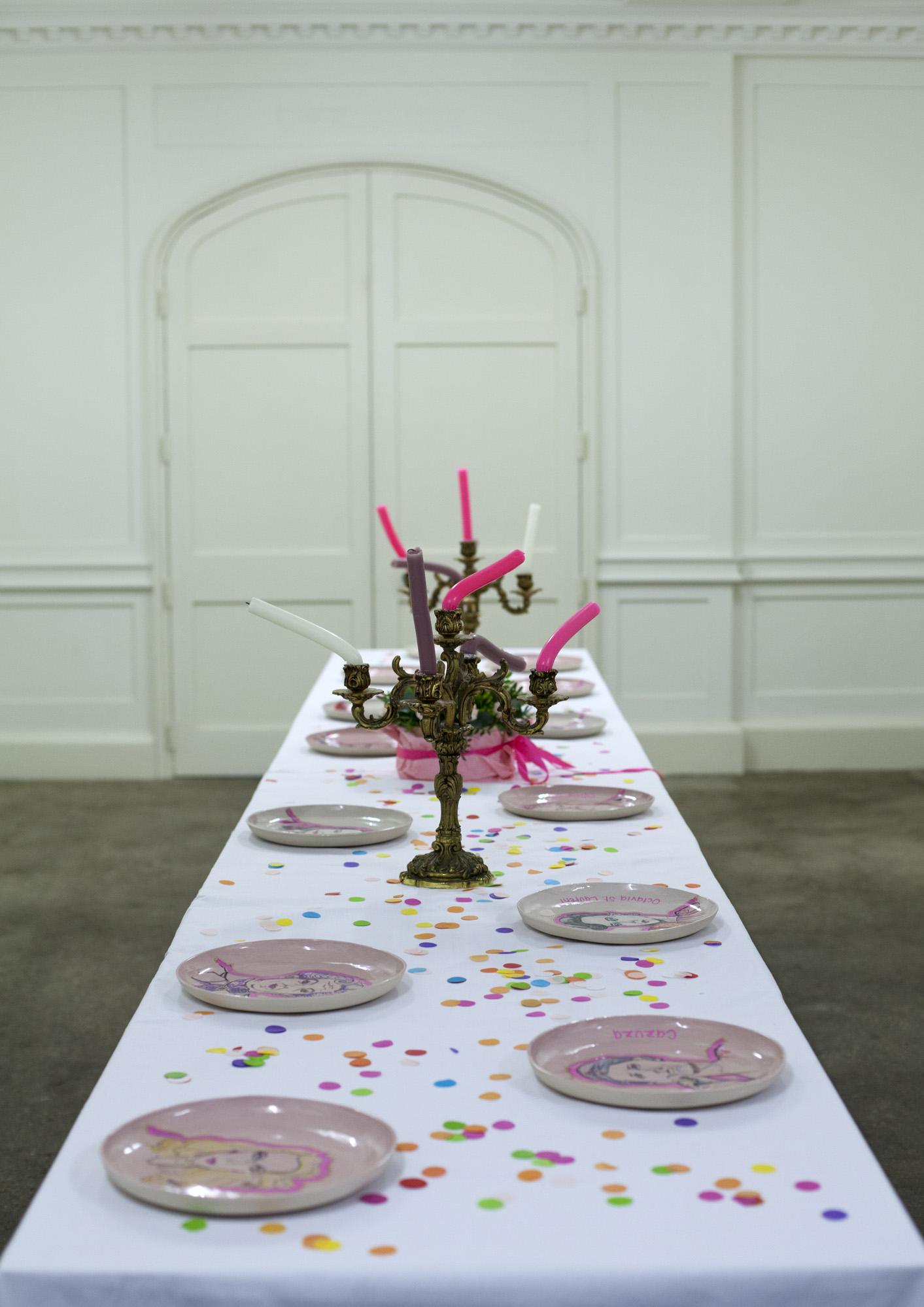 The focus and conclusion of Managing the Radical in 2021 is LADA itself.

The conditions of Live Art now are markedly different from those of 1999 when LADA was founded – culturally, politically and socially. Following our 20th anniversary in 2019, we had been developing plans to look at those conditions and to develop new models and new ways of working at LADA that were appropriate and responsive for the times we were in and for the times to come.

In response to the upheavals of 2020, and specifically the devastating impact of Covid and the renewed calls for racial justice, equity and representation in the cultural sector, we accelerated our plans for organisational change. In June 2020 we announced that LADA’s Co-Founder and Director Lois Keidan would lead the organisation through process of transition and step aside for make space for new leadership.

Since then, LADA has been through an extensive process of review and reflection. We have developed a shift in the focus of our artistic activities, and a new organisational structure to better embody our values by embedding principles of pay and work parity. Acknowledging how cultural production needs to centre the care of artists and arts workers, we imagine the LADA of the future will do less, better.

In March 2021, we issued a call for proposals for new leadership to create new transformative visions for the future of LADA and Live Art. Building on the discussions and findings of Managing the Radical research and initiatives, and in the radical spirit of LADA and Live Art, we are interested in those who wish to do things differently: bold and inspiring leaders who can generate radical new ideas and ways of working; who can advocate for those artists and practices historically underrepresented within Live Art; who can advance Live Art’s expanding frames of reference and parameters of practice; and who are committed to developing structures and processes to ensure that the agency of artists is central to LADA’s operations and programmes.

We believe that the next phase of LADA’s history offers all kinds of possibilities for new ways of working, new approaches to leadership, and new ways of managing the radical. 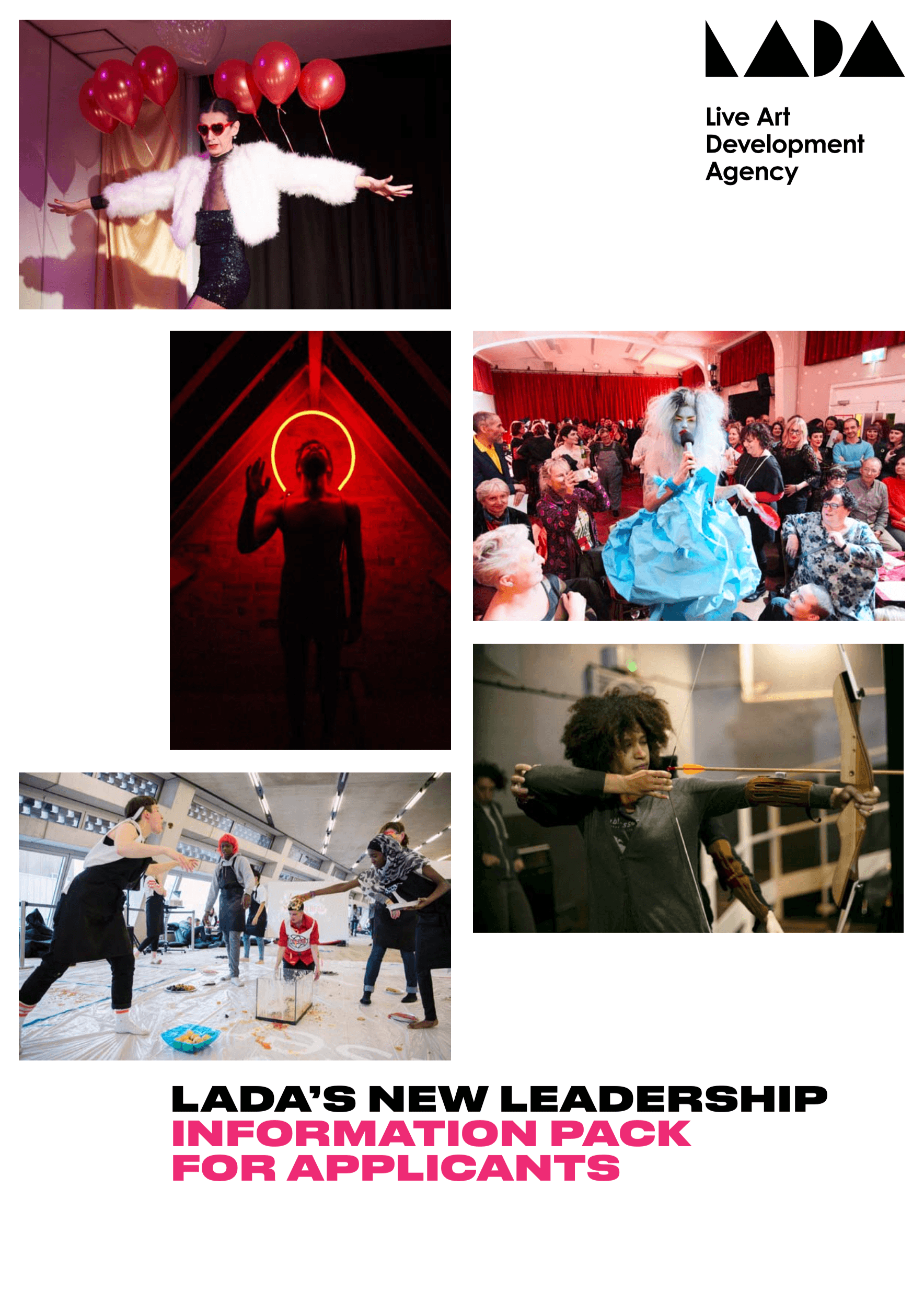 To mark the end of our 20th anniversary (link) in 2019, we wanted to look forward and invest in the next 20 years and the next generation of artists by offering a bursary of £2,000 to an artist aged 25 or under to imagine the future they’d like to see, how their practice could shape it, and what they need to do that.

Following an open call for proposals the bursary was offered to Aislinn Evans.

When did socially-engaged art lose touch with socialism, and how do we make participatory art radical again? – Aislinn Evans

This new Study Room Guide has emerged through the collective study, collaborative conversations, participatory workshops, and artist-led development programmes that formed Managing the radical in 2019.

Naseem Khan was a hugely influential journalist, activist, cultural historian, educator and LADA friend who died in June 2017. In collaboration with our former Thinker in Residence, and LADA Board member, Claire MacDonald, LADA has instigated the Annual Naseem Khan Memorial Lecture.

The first lecture is Some Where. In Bethnal Green, by the historian Carolyn Steedman. Originally scheduled for March 2020 the lecture has been postponed because of the impact of Covid-19.

Selina Thompson will be our Thinker-in-Residence for Managing the Radical researching how all of us are making enough money to survive in a system that many of us have set our practices up in opposition to. In particular, Selina is interested in sharing survival techniques industry wide, in seeking transparency and in what we can learn from other sectors.

LADA is a partner on Heart of Glass’ With For About 2020 conference,  curated by the mental health activist ‘the vacuum cleaner’ and curator and agitator Cecilia Wee. Taking place online between 20 May and 17 June 2020, With For About is a vital, slow and complex space between art, activism, care and social practice in response to COVID 19. It wilfully asks –  in facing this crisis, another ten years of austerity, ecological collapse, harsher borders, more racism and deeper ableism within deeply divided societies – how can artists, activists and organisations make vital change within our communities and beyond? 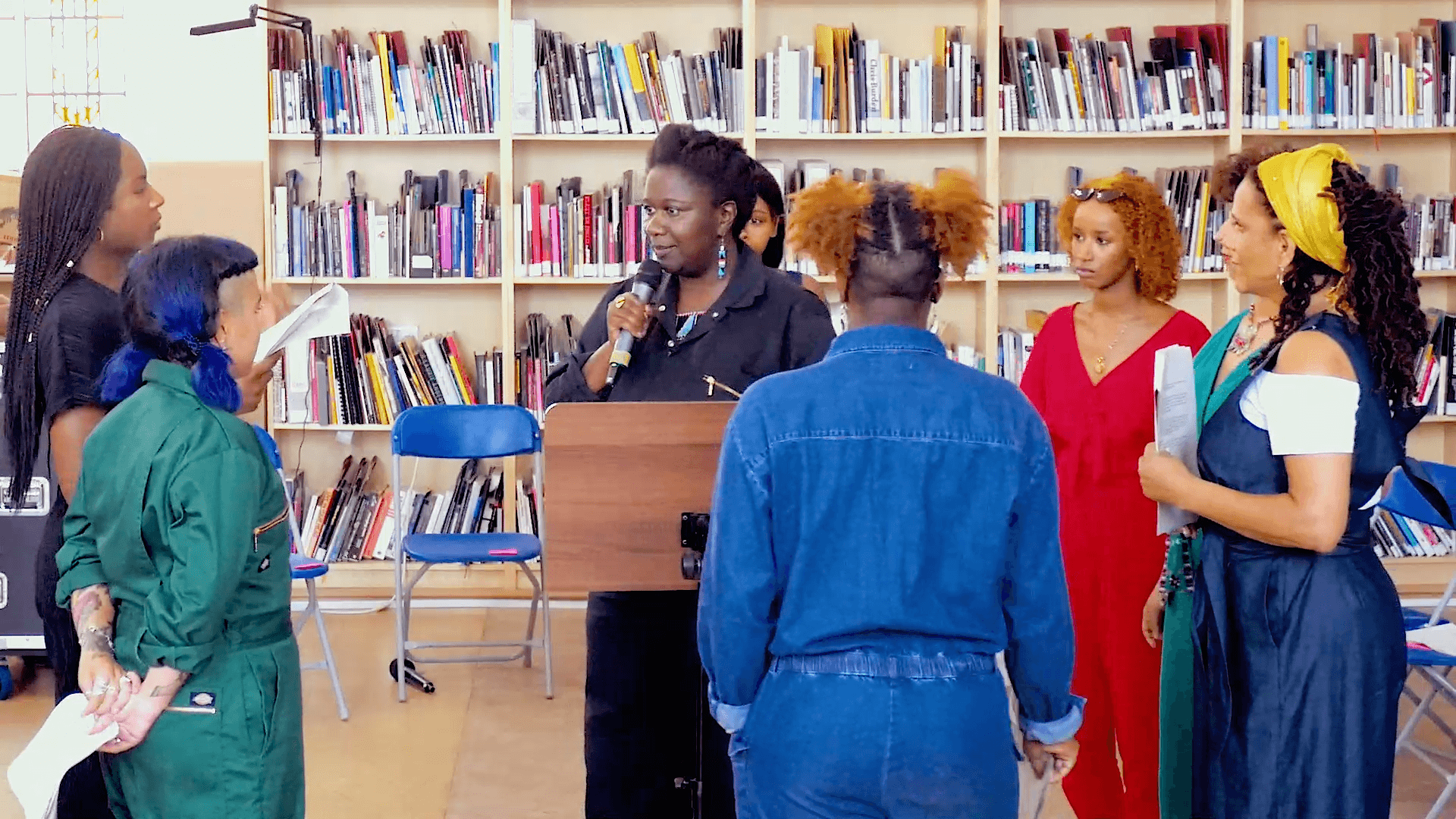 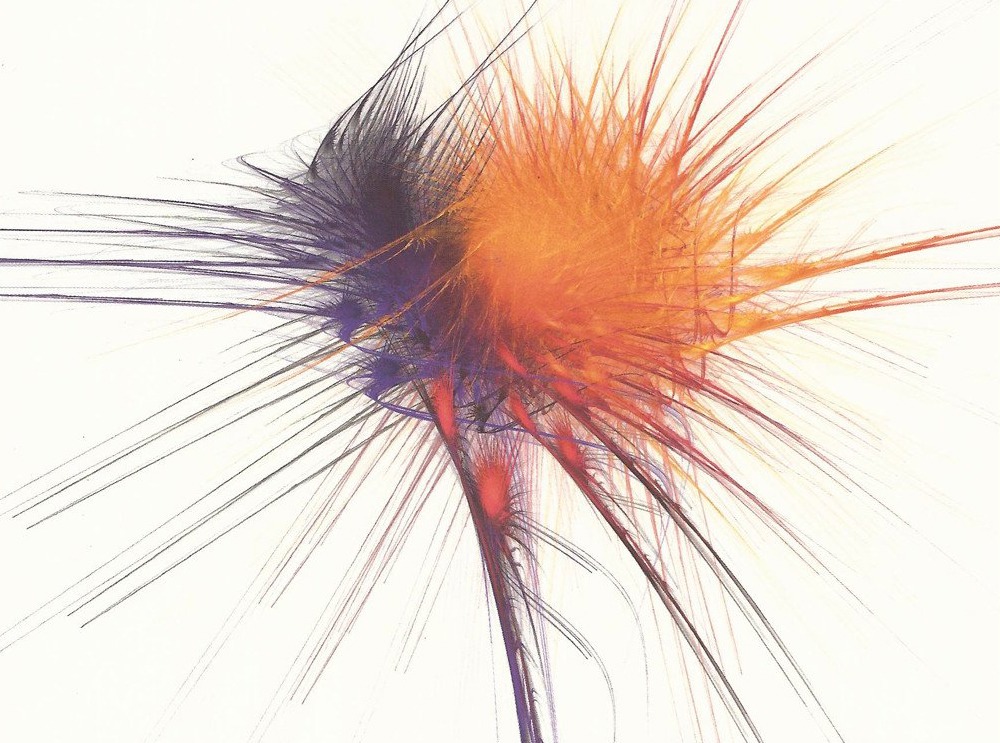 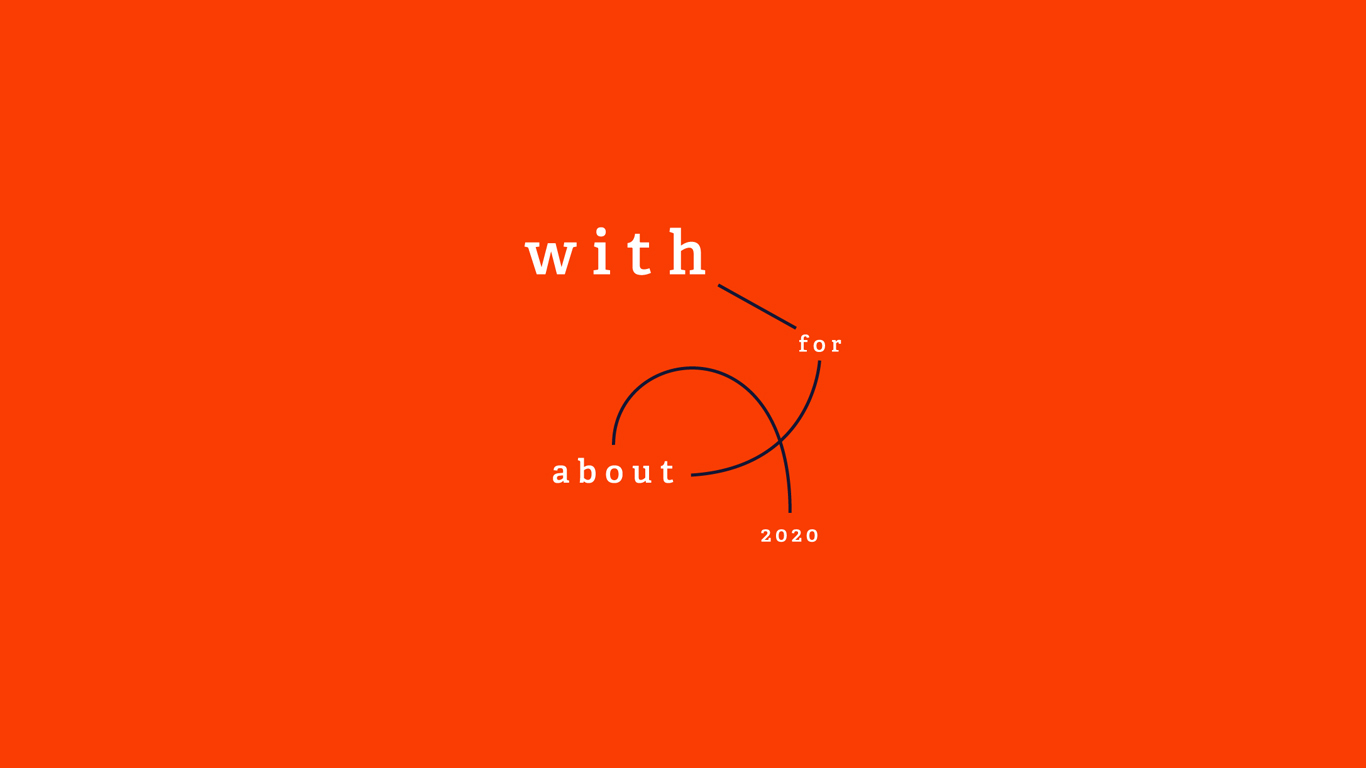 With For About 2020. Courtesy of Heart of Glass. 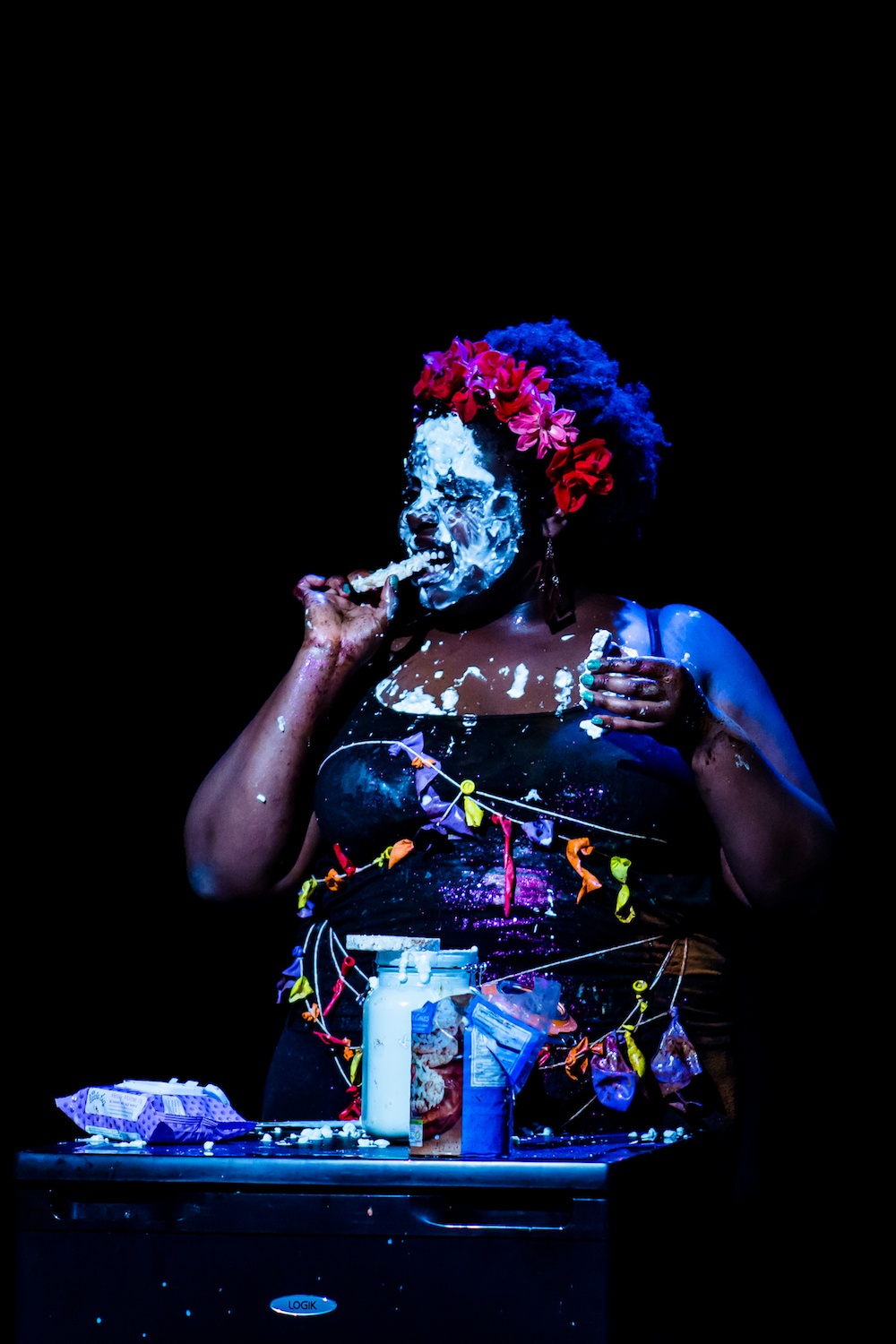 The first year of RRR5 (2019) was research focused, looking at the potential directions this project might take.  This first research phase of Managing the Radical was a collaboration with the MtR Action Research Group (Amit Rai of the Business and Management School and Nick Ridout of the Drama Department of Queen Mary University of London; producers Orlagh Woods, Gini Simpson and Cecilia Wee) and was partially supported through the Collaborations Fund of the Faculty of Humanities and Social Sciences at Queen Mary University of London.

The 2019 research phase of the project involved:

In collaboration with the MtR Action Research Group we hosted four research gatherings. The first (public) gathering looked at Collective Practices of Care in experimental performance and took place at The Place Theatre in London on 5 April as part of The Sick of the Fringe’s Care and Destruction Festival, 2019. The second (invite-only) gathering looked at Experiments in Organisation and took place at LADA on the 8 May. The third (public) gathering, Take the Money and Run: Power, Money and Counter-Power, took place at LADA on 19 June and featured perspectives and ideas on how we might build for future struggles to free art and artists from their dependency on the proceeds of toxic capitalism. Documentation of this event can be viewed here. The fourth and final (invite-only) gathering reflected on what we had learned from our initial work, in order to help us plan the future development of the project.

The Library of Performing Rights (LPR) was originally created in 2006 (by Lois Weaver of Queen Mary University London in collaboration with LADA) for Performance Studies international (PSi)12: Performing Rights, as a unique resource that examined the intersection between performance and human rights. In 2017, the LPR was reimagined and reactivated by LADA, Lois Weaver, Elena Marchevska and the Study Room in Exile in Liverpool, as a concept or approach to research and practice, rather than a distinct collection. It is available as a place of action, a place of knowledge exchange, a repository of experience, and a context that others can use to support and advance their own work both at LADA and elsewhere.

A key part of the reactivation of LPR is an annual commission inviting artists to respond to the materials and the issues.  The second LPR commission in 2019 was informed by Managing the Radical and was offered to Nando Messias, whose project The Pink Supper responded to a global climate of renewed hostility towards queer people.

When LADA relocated to our new neighbourhood in Bethnal Green in 2017 we set up an annual commission for The Garrett Centre – inviting proposals from artists for projects that will explore and test ideas for new ways of working and new ways of engaging with local publics and partners.

The second Garrett Centre Commission in 2019 was informed by Managing the Radical and was offered to Hari Byles and Linden McMahon, whose project Earthlings engaged with green spaces and communities across Bethnal Green.

As part of the continuous development of our open access Study Room research facility, LADA commissions artists and thinkers to write Study Room Guides around specific themes as research tools for students educators, scholars, artists, producers and others.  Nick Ridout and Amit Rai of the MtR Action Research Group are creating a Guide that speaks to the themes of Managing the Radical. 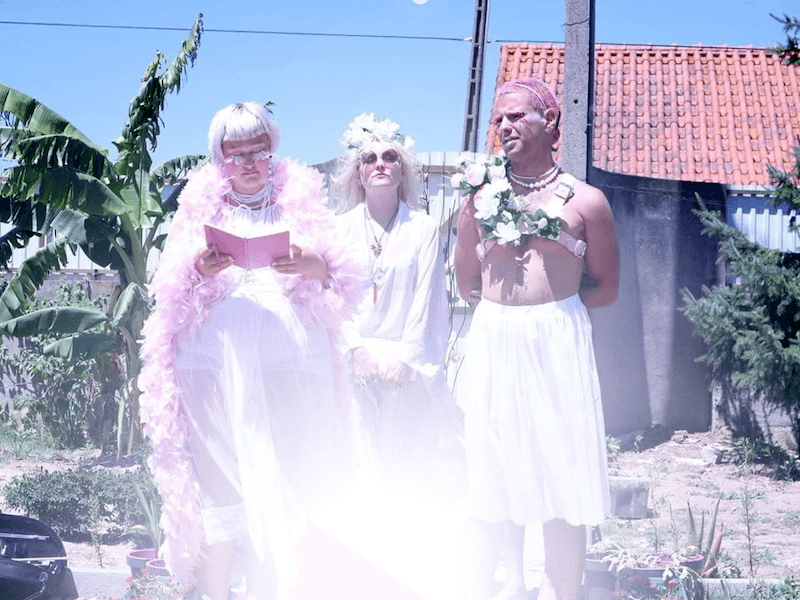 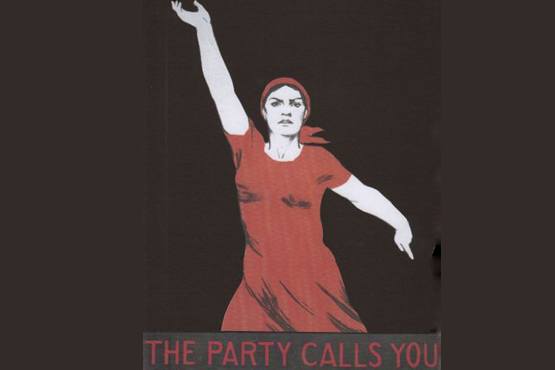 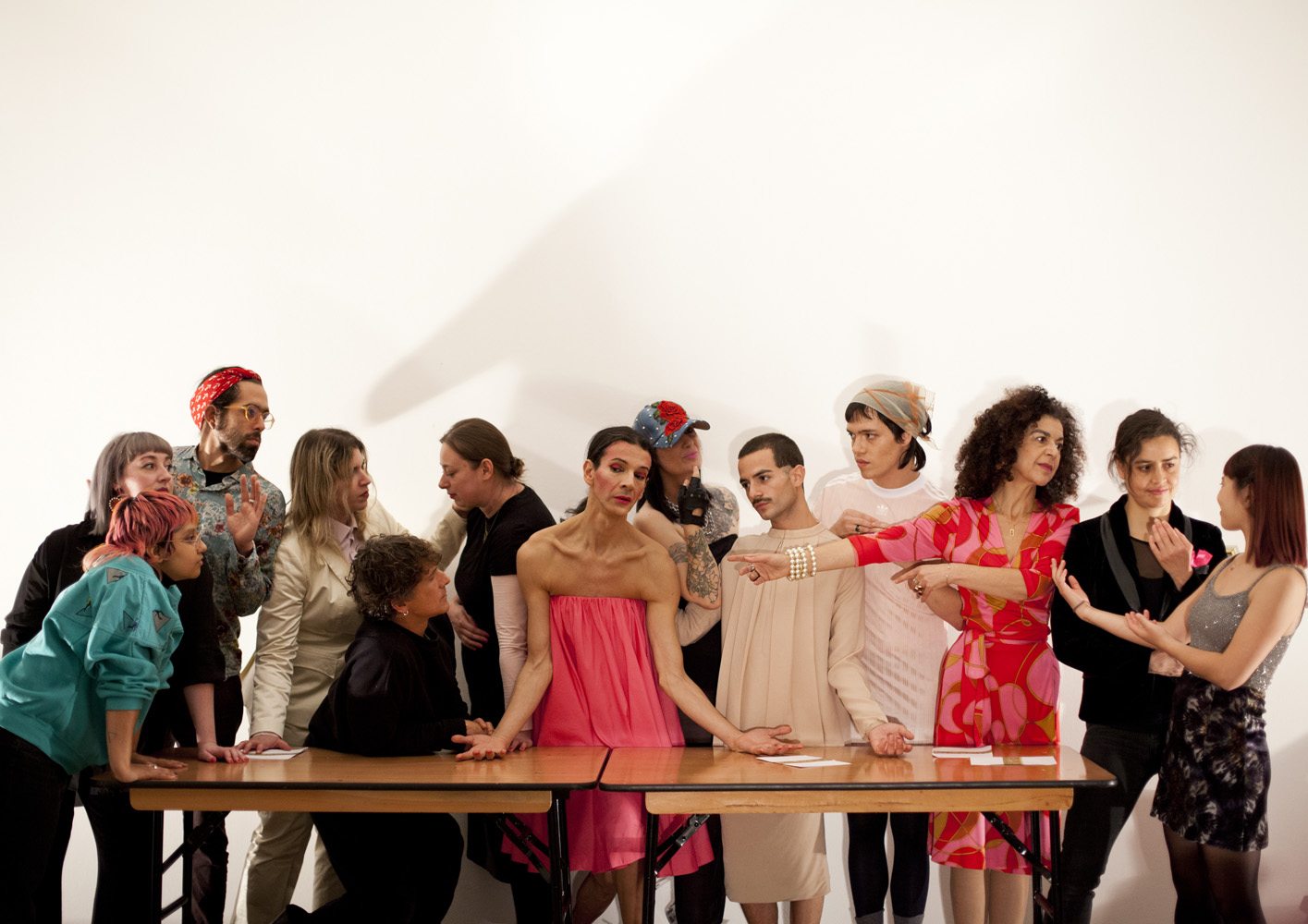 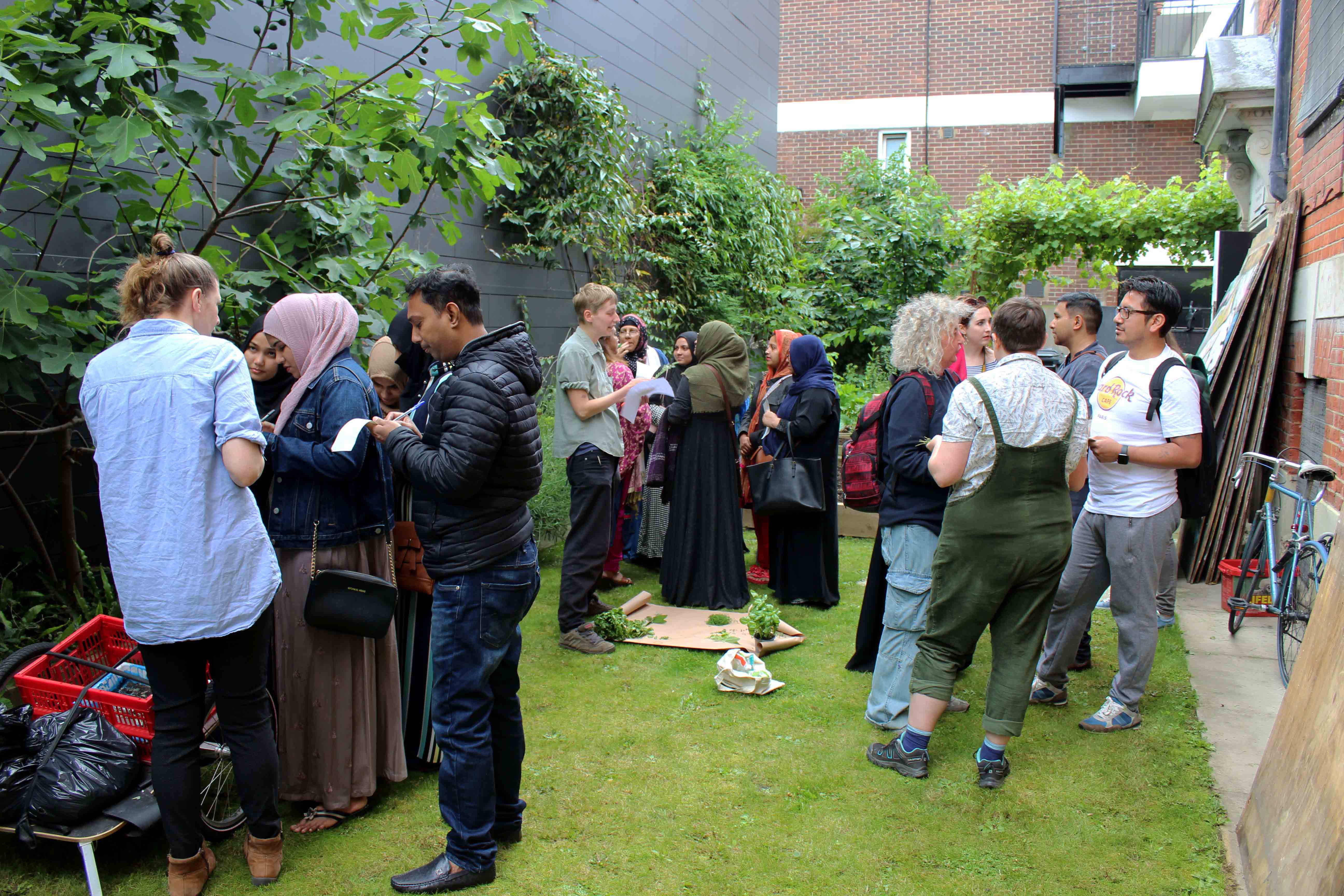 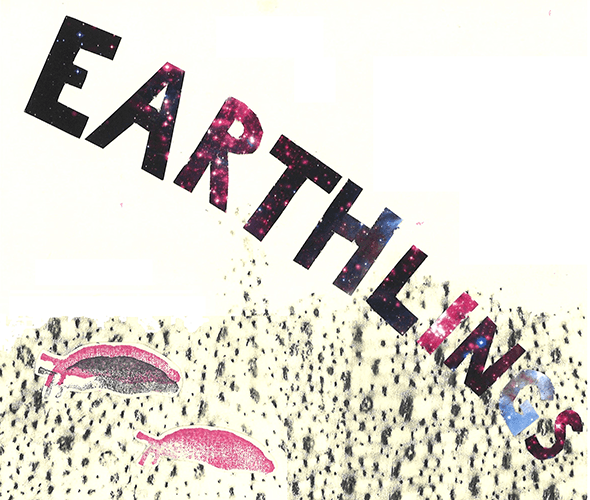 Take the Money and Run: Power and Counter Power

Documentation of Take the Money and Run: Power and Counter-power, an event that took place at LADA in June 2019.

Other projects in Restock, Rethink, Reflect Five: on Managing The Radical

Take the Money and Run: Power, Money and Counter-Power – Documentation

Written and video documentation of ‘Take the Money and Run: Power, Money and Counter-Power”

From DIY15: How the fuck…? led by Katherine Araniello & Teresa Albor (image courtesy of the artists)

Take the Money and Run: Power, Money and Counter-Power

We invite you to share ideas about how we might build for future struggles to free art and artists from their dependency on the proceeds of toxic capitalism.

Collective Practices of Care in experimental performance – a gathering

A gathering questioning practices of care, and imagining alternatives grounded in collective action and solidarity.

Are you feeling fed up and pissed off? Are you confused and overwhelmed? Are you isolated and unfulfilled? Are you ready to welcome ART into your life? THE CULT WELCOMES YOU.

Between climate breakdown, austerity and Brexit, the UK is facing its greatest political crisis in decades. What place is there for artists within the UK’s political institutions?

Nando Messias is the second recipient of the annual Library of Performing Rights commission.