Following the first two Restock, Rethink, Reflect projects on race (2006-08) and disability (2009-12), RRR3 focused on feminism and aimed to map and mark the impact of performance on feminist histories and the contribution of artists to discourses around contemporary gender politics.

Just Like A Woman: London and New York Editions October and November 2015
Originally curated for City of Women Festival, Slovenia in 2013, this programme of lectures, shows, readings, installations, screenings, workshops and debates on the ways femininity can be ‘performed’ and representations of gender can be queered through performance, was presented at the Abrons Arts Center, New York from 23 October to 25 October 2015 and also at Chelsea Theatre, London from 13 November to 14 November 2015. Both events featured a dazzling array of US and UK artists including Lois Weaver, Peggy Shaw, Narcissister, George Chakravarthi, Dickie Beau, Lucy Hutson, Harold Offeh and The Famous Lauren Barri Holstein plus many more.

Are We There Yet? Launch, January 2015
An event to mark the launch of a Study Room Guide on Live Art and Feminism featuring presentations by Lois Weaver and contributing artists. Mon 26 January / 7pm / Hackney Wick, London / Free, booking required.

Are We There Yet? – a Study Room Guide on Live Art and Feminism
A Study Room Guide curated by Lois Weaver in collaboration with PhD candidate Eleanor Roberts and LADA, available to view in printed form in LADA’s Study Room and as an online resource.

Live Art, Feminism, and the Archive
A research, dialogue and mapping project, developing the materials we hold on Feminist practices in our Study Room research facility and creating new user Guides and online resources in collaboration with Professor Lois Weaver and PhD candidate Ellie Roberts of Queen Mary University of London.

Old Dears: performance, conversation and films about feminism and age, September 2014
Performance by the artist Liz Aggis followed by a conversation and screening with LADA of seminal works by older women artists, including Bobby Baker and Anne Bean.

A Cocktail Seminar on Feminism, Live Art, Archives and the Academy, June 2014
An opportunity to hear from some of the exceptional women who spend their time thinking and writing about Feminism and its relationship to performance.

Fem Fresh – Feminism, Age and Live Art, June 2014
A day of intergenerational performance and dialogue featuring Fresh, an emerging artist performance platform and Art Tips For Girls, invited presentations on, about, and around feminism and age in Live Art.

Wikipedia edit-a-thon on Live Art and Feminism, April 2014
An opportunity for discussion, raising awareness of feminist artists and practices, and training on effective article-writing from Wikimedia UK professionals.

A Long Table on Live Art and Feminism with Lois Weaver, April 2014
The first RRR3 Long Table event in October 2013 was attended by over 140 artists and thinkers of all ages, and was an opportunity to discuss what and who are missing from historical accounts, and what should be done about it. This second Long Table continues the conversation.

I Wasn’t There, February – April 2014
A series of fortnightly free screening programmes curated by LADA drawing on the large holdings of performance documentation in our Study Room.

A Long Table on Live Art and Feminism with Lois Weaver, October 2013
An opportunity to both introduce and reflect on some recent initiatives, to discuss what and who are missing from historical accounts, and to explore what kinds of actions and strategies could be undertaken by LADA, and indeed others, in the future, including the creation of new Study Room Guides, publications and professional development projects.

Collectively, the activities in RRR3 aspire to:

Restock and inspire future generations of artists to engage with the complex historical and contemporary politics around representations of gender in politicised Live Art practices.

Rethink the nature of politicised Live Art in relation to discourses around gender.

Reflect upon the lineages, influences and legacies of artists and their works, particularly those who might have been excluded from wider art historical frameworks and the dominant cultural discourses in the late 20th Century. 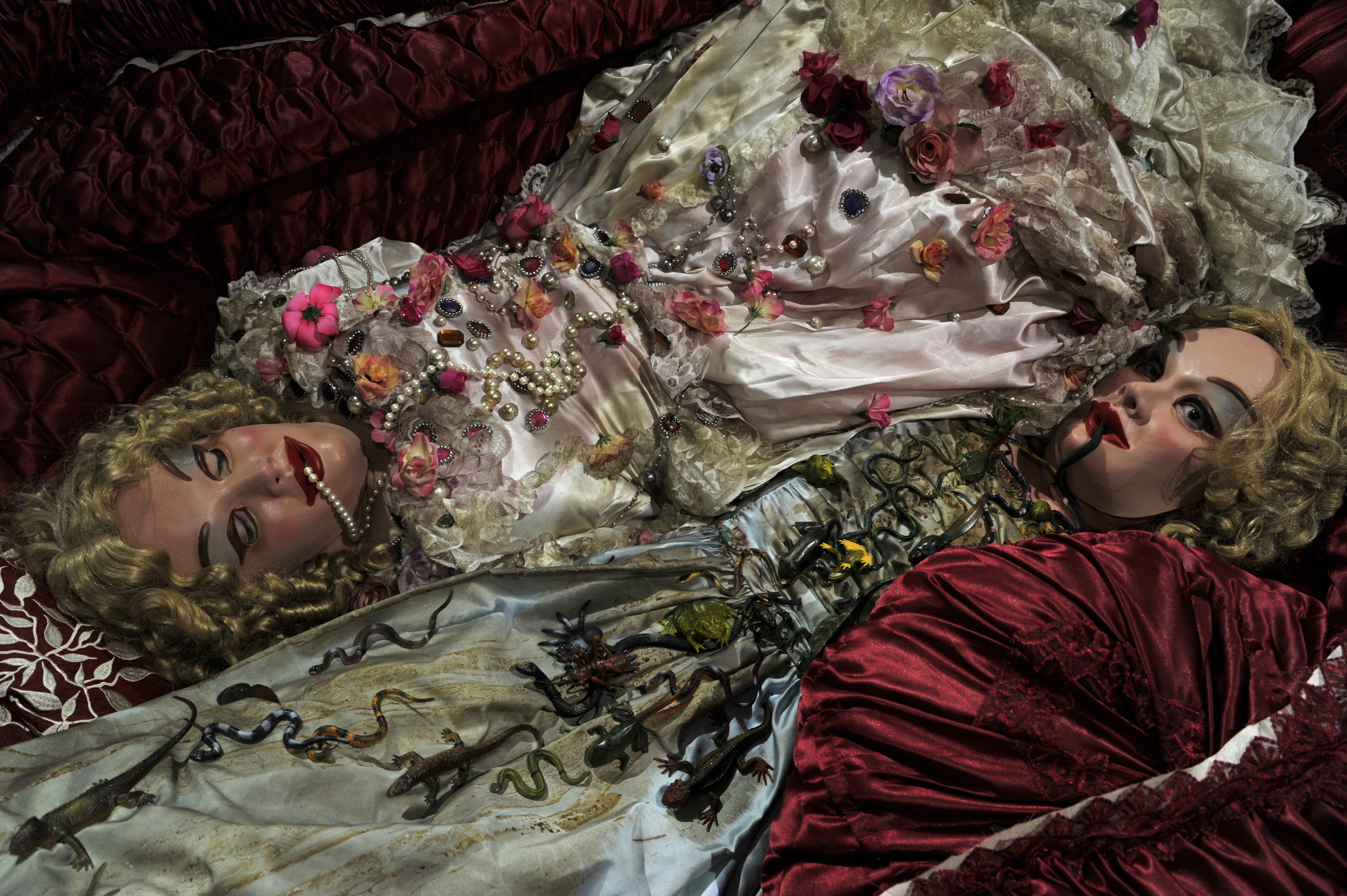 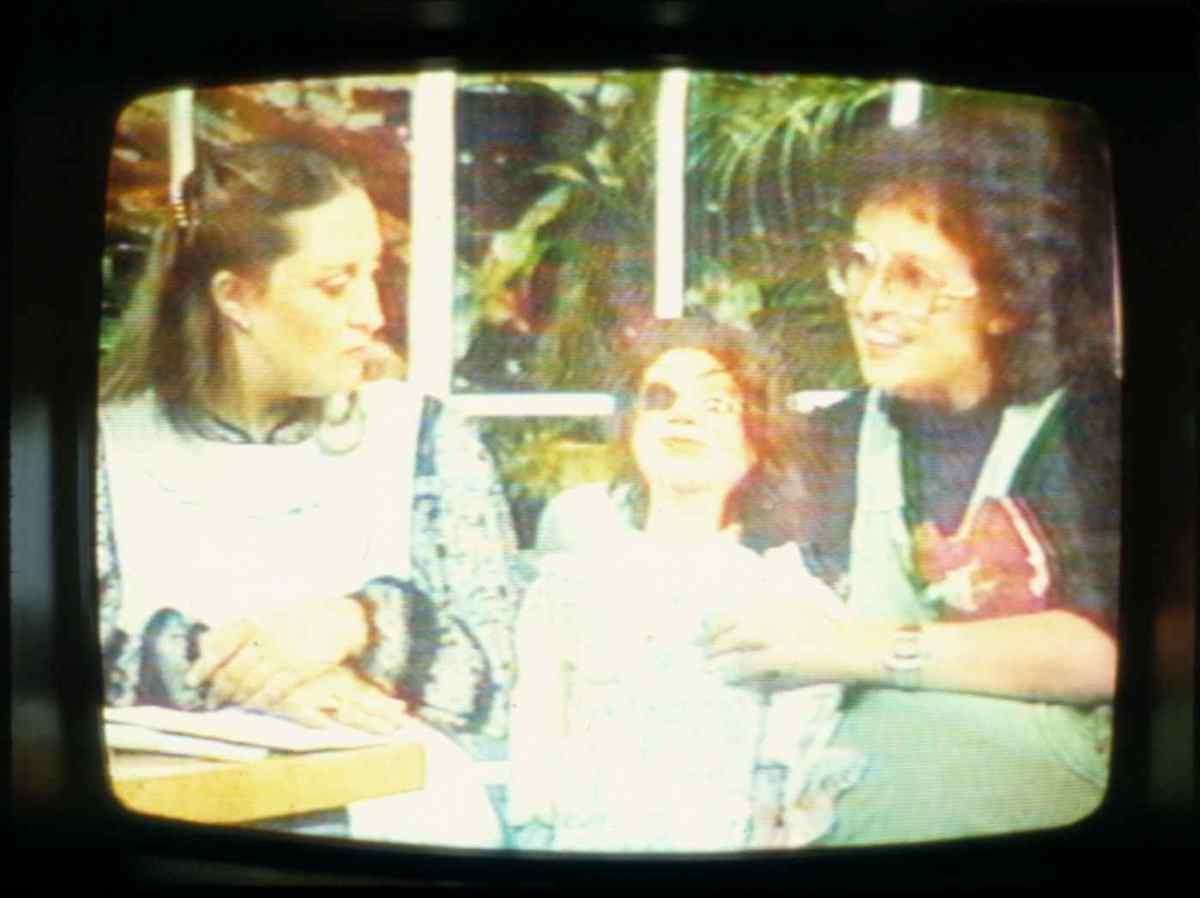 Mónica Mayer, 'I Wasn't There', image courtesy of the artist 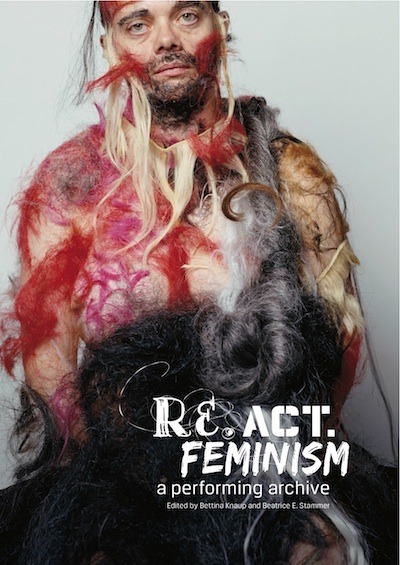 Other projects in Restock, Rethink, Reflect Three: on Live Art and Feminism

A project focusing on issues of Live Art and privilege

Restock, Rethink, Reflect One: on Live Art and Race

Live in Prague- a festival of British Live Art , Performances, discussions, and workshops

Opportunities for emerging artists and recent graduates in collaboration with Queen Mary, University of London