Future States by Áine Phillips: No.1

In July 2018 Aine Phillips undertook a residency at LADA as part of Future States a Live Art project looking at the relationship between Ireland and the UK, especially in the context of a post-Brexit future. This is the first of a series of blogs charting the project's development.

Future States by Áine Phillips: No.2

Future States by Áine Phillips: No.3

Future States by Áine Phillips: No.4

This blog will chart the development of Future States a Live Art project looking at the relationship between Ireland and the UK, especially in the context of a post-Brexit future.

Áine Phillips, Irish artist and curator who generated this project and received funding to make it happen from Culture Ireland as part of GB18 Promoting Irish arts in Britain.

Future States has begun as a residency for myself at the Live Art Development Agency (LADA) in their home at The Garrett Centre in London to produce this blog and an event entitled Border Patrollers at LADA on Thursday 19th July at 7pm with Irish artists John Byrne, Nigel Rolfe and Helena Walsh. Further developments will be a programme of Live Art commissions for Fierce Festival Birmingham with Sandra Johnston and Nigel Rolfe happening in 2019.

In 2001 I performed a live work Love & Longing at the National Review of Live Art in Glasgow, selected by Lois Keidan and Daniel Brine of LADA, and so began a long professional relationship with the UK which has included curating, published writing, teaching, making performance and Live Art. Over the years I have worked with Irish artists to help get their performance and Live Art seen in the UK.

As is the case with many Irish people, one side of my family are from England and another from Northern Ireland. Many of my good friends and colleagues live and work all over the UK. I feel deeply connected personally and professionally with the big island beside the little one I live on. For all these reasons and more, Brexit appears to be a terrible thing for future collaborations and exchange, relationships and free flowing connections both personal and public.

To help counter this plight I decided to organise a project to look at the ways Live Art can support relationships and develop exchanges between Ireland and the UK especially in a post-Brexit future. Art can often point to new ways of seeing a practical problem, it can open up new solutions and offer surprising positions or unconventional styles of approach.

The artists I have invited to work with me on this project have individually created extraordinary new perspectives on issues and themes relating to culture, politics and identity in their work. I am sure the ideas and outcomes they realise from this project will be radical and compelling.

WHERE? (is the problem located…)

The most astonishing thing about the current crisis of Brexit negotiations is that it has become centred around the issue of the border between the Republic of Ireland (an Independent Republic, member of the EU) and Northern Ireland (part of the UK, soon to be dis-membered from EU). A random selection of headlines over the past 6 months summarise this:

It seems that the meaning of the border, its physical reality along with its symbolism has become a fulcrum in the political process making Brexit happen, or even stopping it from taking place. All the troubles of Brexit coalesce around the concept and reality of this border.

I decided to focus on the concept of border for the first public event of my residency. Border Patrollers will bring together a group of artists who will talk about and present work addressing the political and cultural relationships between the two islands.

Patrols keep watch over an area by regularly walking or travelling around it. We will do this metaphorically on Thursday evening, we will look at and think about the border and all it’s possible meanings from the viewpoint of Live Art.

One premise of quantum theory, which has long fascinated philosophers and physicists alike, states that by the very act of watching, the observer affects the observed reality. We will try looking at and addressing the border to see what transformations might occur…

Border Patrollers is taking place on the 19 July at 7pm and I will be joined by John Byrne, Nigel Rolfe and Helena Walsh.

I will show Mia Mullarkey’s beautiful short film of the Artists Campaign to Repeal the 8th Amendment Procession which helped result in changing the Irish Constitution on abortion provision. Irish women had been availing of these medical services in the UK for many decades.

John Byrne in 2000 created the renowned Border Interpretive Centre, a visitor centre and souvenir shop on the Belfast/Dublin road which was closed within a week due to the startling death threats he received. He will also talk about other projects such as The Border Worrier – he chose the Irish border, literally and metaphorically, as the locus for all his anxieties and obsessions about his divided self. “John Byrne is the contemporary visual equivalent to the poet in ancient Irish society who used sharp wit to expose hypocrisy, mediocrity and pretentiousness” wrote Catherine Marshall in 2008.

Nigel Rolfe has worked between the two islands for 40 years and he will talk about his groundbreaking and seminal practice which addressed the political division of Ireland in the 1970s and 80s. He will show more recent work where he interacts with or resists water, fire, air, earth, wood, and other raw materials and environments. In his work he seeks and builds a dynamic visual process of balance, chaotic violence, and collapse. He has always seen his body as a tool for challenging biological and psychological limits and revealing the fragility of life.

Helena Walsh works with legacies of feminist activism. She is a founder member of the direct-action feminist performance group Speaking of I.M.E.L.D.A. (Ireland Making England the Legal Destination for Abortion). With the group she has undertaken provocative and powerful public interventions and activist Live Art. She has also explored the historical feminist activism of London-Irish women in her practice.  Her performance is characterised by a provocative and compelling presence incorporating visually resonant costume and props to create a surreal and humorous narrative twist.

Supported by Culture Ireland as part of GB18: Promoting Irish Arts in Britain. 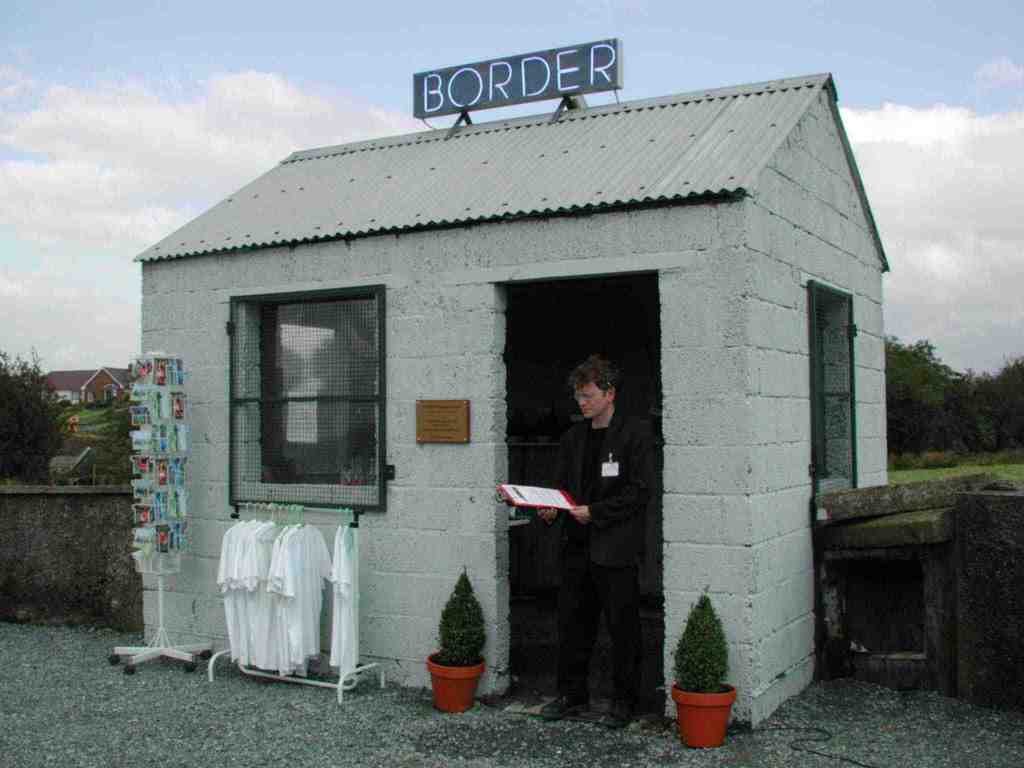 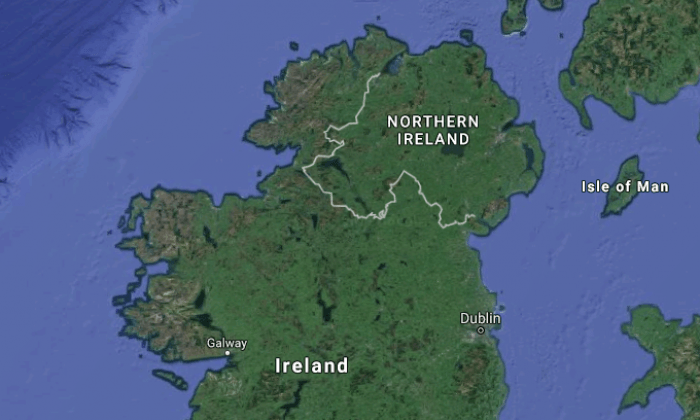 Map of the Northern Ireland border 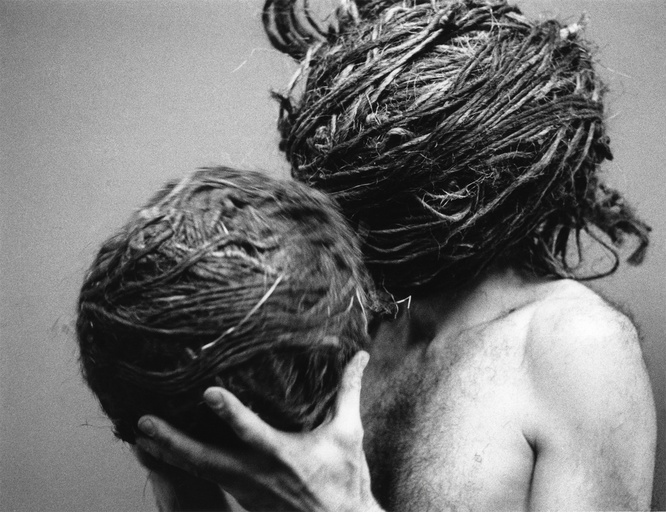 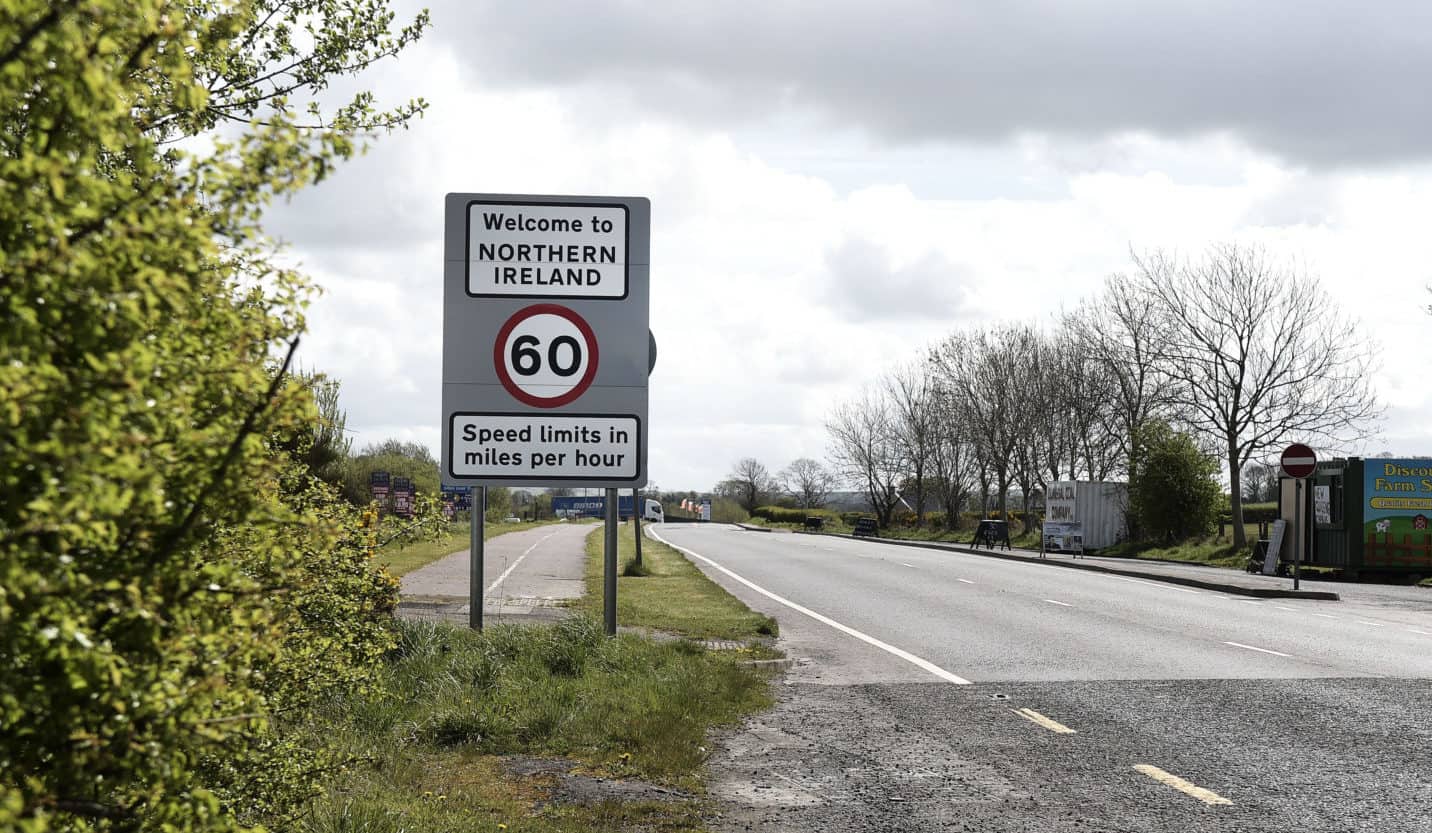 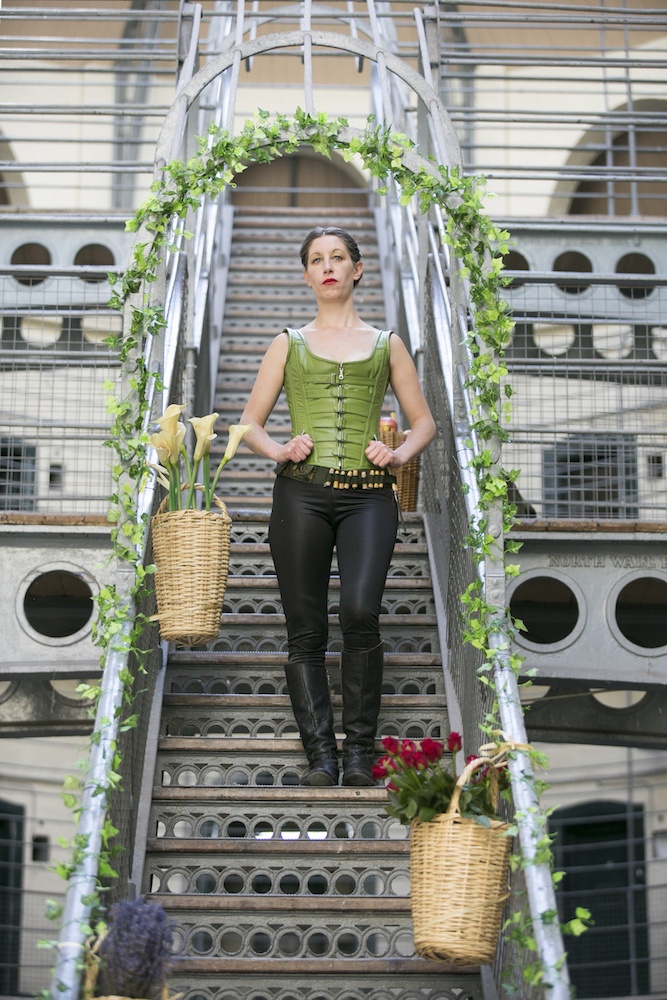