From the 4 to 9 August 2014, 20 specially commissioned artist performances and programmes created with local residents will be broadcast live from Outlandia, a unique artists’ field-station in Glen Nevis, Lochaber, Scotland.

With Resonance104.4fm’s mobile studio ‘in residence’, Outlandia will become a portal between Lochaber and the rest of the world, a context in which participants can transmit experience of place to diverse audiences through art, music and performance.

Artists from England, Scotland and beyond will respond to Outlandia’s distinctive and remote geographical forest location overlooked by the UK’s highest mountain, Ben Nevis, in the Scottish Highlands. Taking place at the moment when Scotland votes on the continuance or dissolution of the 300 year old Acts of Union the week-long series of broadcasts and blogposts will be a timely reflection on contemporary ideas of remoteness, capturing and transmitting creative interactions with the land, its history and people and the tensions between nature, industry, tourism and heritage.

Remote Performances will be broadcast live through Resonance104.4fm between 12pm and 4pm each day, with listening posts set-up at Edinburgh Art Festival and the Live Art Development Agency in Hackney Wick, East London. Listen online.

Read: ‘New Project To Air From Shed In Highlands’ on The Quietus.

A series of blogposts written by Tracey Warr responding to Remote Perfomances will be published daily on LADA’s blog throughout the project.

London Fieldworks is an interdisciplinary arts practice formed in 2000 by artists Bruce Gilchrist and Jo Joelson for creative research and collaboration. Typically, their projects engage with the notion of ecology as a complex inter-working of social, natural, and technological worlds. London Fieldworks are lead artists and co-curators of REMOTE PERFORMANCES which will be based at Outlandia.

Outlandia is an off-grid, architect designed, artist treehouse studio, imagined and realised by London Fieldworks (artists Bruce Gilchrist and Jo Joelson), designed by Malcolm Fraser Architects and located in a copse of Norwegian spruce and larch in Glen Nevis on Forestry Commission land at the foot of Ben Nevis in the Scottish Western Highlands. Outlandia is an artist-led project built as a multi-purpose platform for the use of artists and community groups, built to foster links between creativity and the natural environment. Outlandia has hosted unfunded, DIY residences since its launch in 2010.

Resonance104.4fm is a ground-breaking 24/7 arts broadcast platform which exists to encourage creativity through radio. Open to as wide a range of artists, art forms and diverse communities as possible, its broadcasts challenge, inspire and transform people’s creative and listening experiences. Now in its 12th year, through its wide-ranging and far-reaching programming Resonance104.4fm strives to be culturally influential – locally, nationally and globally. 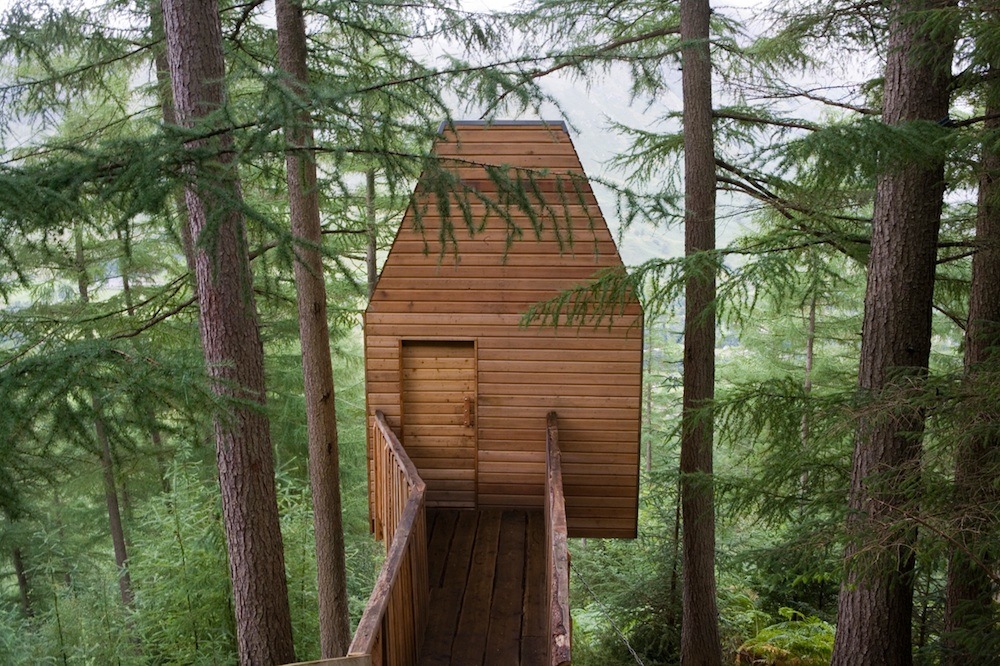 Other projects in Remote Performances

A collaboration between artists London Fieldworks, Resonance104.4fm, and LADA

Bram Thomas Arnold performing ‘Swearing an Oath to a Scottish Glen’ as part of ‘Actions For and Against Nature’. Image by London Fieldworks

Launching Live: Art and Performance and The Performance Pack at Tate Modern and Tate Liverpool.

Live Art commissions and presentations in collaboration with the Bluecoat for Liverpool Biennial 2002.

The Agency curates An Audience With…for European Capital of Culture.