LADA and the Rio Cinema Dalston

LADA is delighted to be working with Study Room Ambassador Phoebe Patey-Ferguson and Femmetopia Festival on two upcoming events looking at the prolific US performance artist Karen Finley. The events also follow Finley's exclusive performance of Unicorn Gratitude Mystery at VFD, Dalston on May 26.

LADA will be hosting an Unbound book stall at the Rio Cinema Dalston, as part of VFD’s Femmetopia Festival and will be exclusively selling signed copies of Karen Finley’s new publication – Grabbing Pussy – hot off the press and published by OR books. All titles sold at the event will also be available to buy from Unbound after the event.

The event will also include a film screening of Far East of Eden, a short film created by Karen Finley and director Bruce Yonemoto which overlaps the historical white-supremacist anti-immigration politician James D. Phelan with the contemporary vitriol of Donald Trump, showing how racist rhetoric pervades across a century. Featuring the voice of George Takei, Finley and Yonemoto take us on an acerbic and perturbing journey through the way hateful and violent words can soon become dangerous legislation.

The film will be accompanied by a conversation and Q&A between Finley and LADA's Study Room Ambassador Phoebe Patey-Ferguson, who runs our monthly Study Room event Gut Reactions and is Co-Curator of Femmetopia Festival.

Gut Reactions continues the celebration of icon Karen Finley with a screening of the awe-inspiring, incantatory and shocking A Certain Level of Denial (1994).

A passionate and raw rallying cry against the deadly discriminatory policies of the authoritarian government in the AIDS crisis, this brutal and gut-wrenching performance by Finley gives a roaring voice to the suffering of a generation.

LADA will also be hosting an Unbound bookstall selling Finley’s Grabbing Pussy amongst other titles at the event.

Gut Reactions is a series of Study Room Sessions with Phoebe Patey-Ferguson as part of our Study Room Ambassador scheme. It is an opportunity to take some time to watch and discover exciting material from the archive, in a relaxed and open setting.

Karen Finley is a highly influential and prolific artist working in a variety of mediums such as installation, video, performance, public art, visual art, entertainment, television and film, memorials, music, and literature,

She has presented her work worldwide in various venues such as The Bobino in Paris, The ICA and Barbican in London and the Lincoln Center in NYC. Finley is a professor at NYU: Tisch, lectures and gives workshop at universities and museums internationally. Her work is in collections such as the Museum of Contemporary art and the Pompidou.

Recent work includes, Artist Anonymous – a social practice self help open meeting for those addicted to art presented at Museum of Art and Design (2014) , and Written in Sand, a performance of music and her writings on AIDS, Open Heart, a Holocaust memorial at Camp Gusen, Austria; Broken Negative, where Finley reconsiders her infamous chocolate performance that brought her to the Supreme Court, in Finley vs. NEA; and at the New Museum, NYC Sext ME if You Can, where Finley creates commissioned portraits inspired by “sexts” received from the public. Finley creates interactive walks such as Mandala: Reimaging Columbus Circle Columbia Graduate school of Architecture and Elastic City.

A recipient of many awards and grants including a Guggenheim Fellowship, NYSCA and NEA fellowships. In 2015 she was awarded the Richard J Massey Foundation Arts and Humanities award.

Phoebe Patey-Ferguson is an artist, researcher, lecturer, wrestler and semi-professional agitator working across the fields of live art, academia, festivals and queer social space. She is completing a PhD in theatre and performance at Goldsmiths, is the programmer at VFD, the co-curator of Femmetopia and a LADA Study Room Ambassador – running the monthly Gut Reactions series. 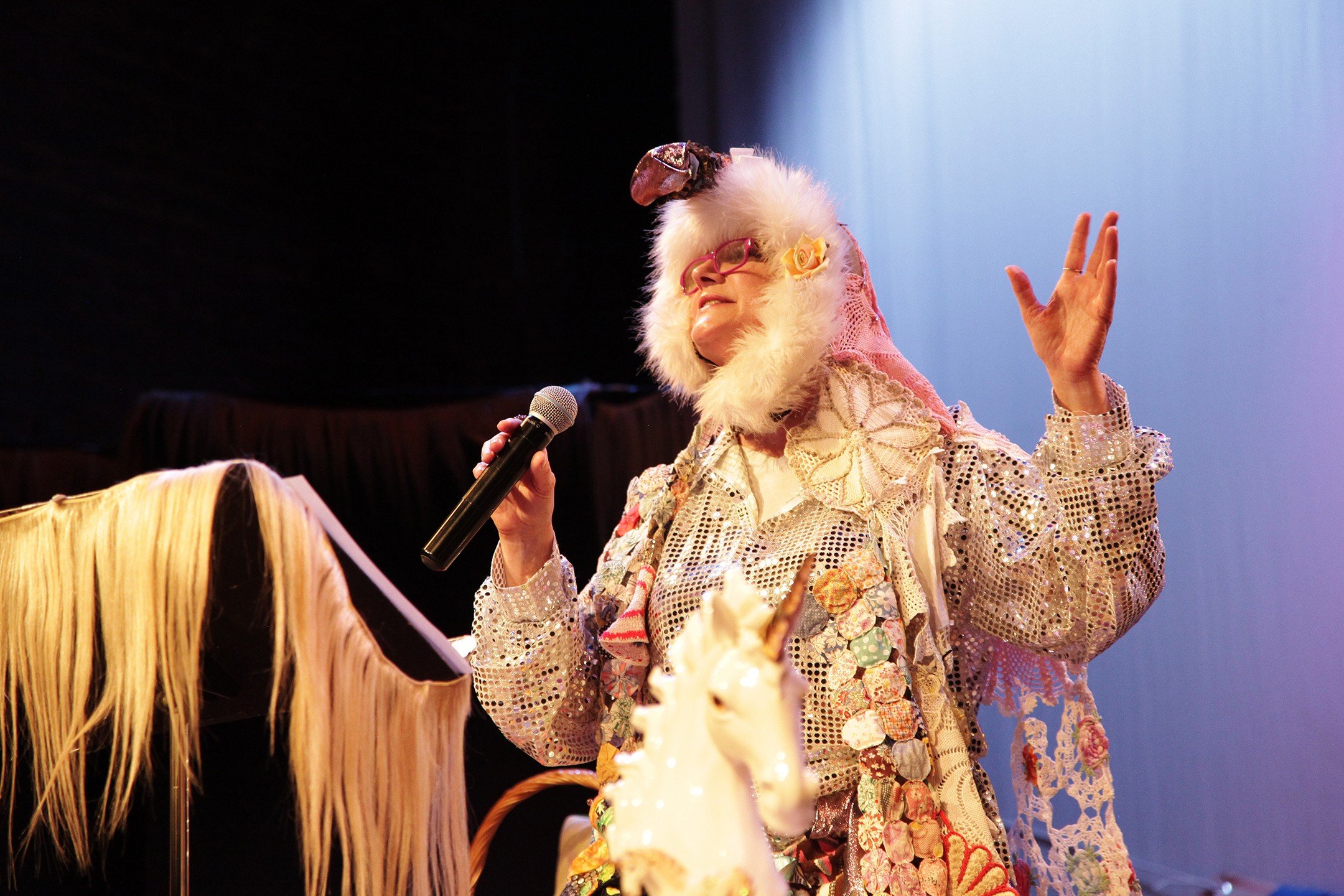