Arthole is a LADA initiative intended to plug a hole in art funding for open-ended research and professional development.

The Award supports groundbreaking and inspirational UK-based artists working in Live Art with £10,000 to undertake a self determined research and artistic development programme. The Award particularly encourages research into a range of critical, cultural, and practical concepts; dialogues and intergenerational collaborations; and ideas of legacy and future potentials. Each award is made possible by the generous support of an Arthole Patron.

Following an open call for applications for Arthole in January 2019, LADA received 52 proposals addressing a wide range of concepts and enquiries, and reflecting the diverse and exciting ways in which artists working with Live Art approach their artistic and professional development. Stacy Makishi was selected for the Award by LADA in dialogue with our second Arthole Award Patron, Alex Mahon CEO of Channel 4.

Below is a blog response by Alex Mahon about her experience of becoming LADA’s second Arthole Award Patron.

When I accepted an invitation to dinner from my friend Gary Carter, he gave me no details except practical ones, and some dark hints. But I am all for experiences, and I trust my friends, even Gary Carter, and so I didn’t think about it much. Little did I know I would find myself both in a Live Art work, and so convinced by the experience that I would agree to fund a bursary for Live Art work.

Since the context of my career has been the creative industries, perhaps it is unsurprising that I am interested in all aspects of cultural practise, and its commodification.   However, prior to my involvement with Arthole, although I had been exposed to some Live Art, I didn’t really think about it as such, because I didn’t have much context for that thinking.

Arthole, then, has been an informative experience, because as the evening unfolded I became aware of issues relating to performance, culture and subsidy, and this engagement has continued as the Arthole project has continued. I was struck by the openness, the charm and the dedication of Lois, CJ, Alex and the team at LADA, and by the accessibility of their approach. Given the cutting-edge nature of the work (as we would say in television), and the political progressiveness of the sector, this is both unusual and commendable.

I was moved by the sense of constant renewal, their interested in evolution, change and the new, and I loved their optimism and sense of wonder at what Live Art can do. I was struck by their interest in the possibilities of the new as such, rather than in the exploitation of the old or existing. I was impressed by the fact that despite having been at the forefront of this kind of work for some time, Lois herself remains full of this wonder, full of belief in the possibilities of the future, and that there is nothing jaded or cynical in her approach. It struck me that these qualities represent a model for all progressive thinking, inspirational leadership and advocacy.

I came away thinking about the ways in which society addresses the position of art, its practitioners, by the ways in which performance informs everyday life and its practices, like formal dining, or my performance as CEO, or indeed, as a patron of artistic endeavour. I suppose I was performing both my public persona, and my private one, as the evening evolved. Although I admit it is difficult to hold onto the former when Joshua Sofaer is taking a cast of your nose, accompanied by Michael Nyman’s Nose List Song.

Skilfully, Joshua, Gary and the LADA team had built the evening around me, and even found ways to show that performance theory informs television itself, and the programmes that the channel I lead commissions and broadcasts. They did this by theatrically revealing towards the end of the evening that Brian Lobel and Naana Mora, who I had first been introduced to as ‘the catering team’, had appeared in Come Dine With Me for Channel 4. This opened a discussion as to whether and to what extent Reality Television is a field of performance, and the degrees to which their appearances in the programme might be considered Live Art, and what that exposure meant to Naana and Brian.

I am committed to issues of diversity and access, and to the cause of cultural representation. I also know that creative output, innovation if you like, is strengthened through diversity of participation. The fact that the Live Art sector is committed to opening spaces for the marginalised and the oppressed, for all kinds of difference, is meaningful to me.

I trained as a physicist. I understand from experience the value of research. I know how difficult it is to secure the funding that makes research possible, particularly when that research is open ended, exploratory or speculative. A form of the same issue arises in the development of television programmes, too, which can take a very long time. The securing of funding for that research and development is often difficult, or the funding is too outcomes based to allow for real innovation. As an executive, I believe in what the HR department would call ‘onward professional development’, the investment in the continued acquisition of skills by experienced individuals, while funding for experiences like, for example, professional sabbaticals, is hard to secure in the commercial sector, but, I believe, vital.

So, I have sympathy for the need for bursaries such as Arthole, and agreed to become its Patron, and I am excited to see the impact on the recipient and her practice. I am also delighted, given my own conversion to the cause, as it were, that the second Arthole is going to an evangelist of Live Art, Stacy Makishi.

I am grateful to Lois, CJ and LADA for their sense of wonder, to Joshua for his charm, articulate intelligence, and the beautiful work he made for me. He and Gary Carter, a dear but perhaps untrustworthy friend, albeit one who has been a tireless supporter of cultural work internationally, were perfect guides and companions. I had a wonderful, thought provoking and surprising evening, full of delight.

However, I have to break off now, and go and perform Mother of Four, one of my roles, and although I am tempted to wear Joshua Sofaer’s beautiful and intriguing Arthole artwork of the same name, I shall save that for another occasion. A board meeting at Channel 4, perhaps. 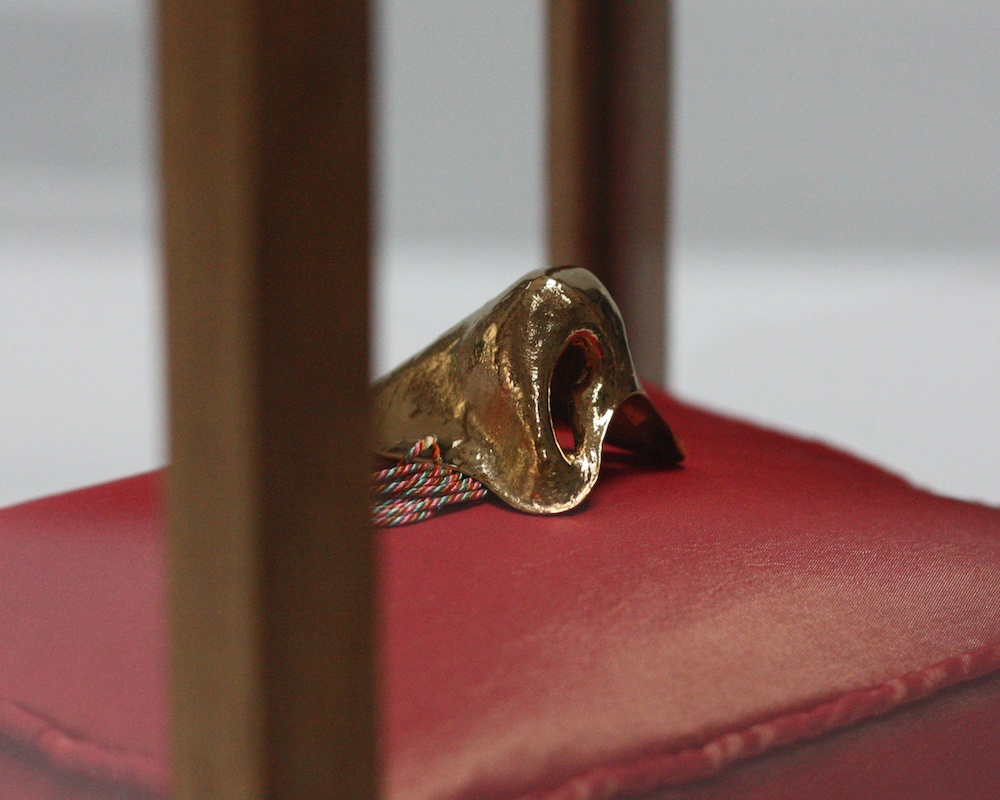 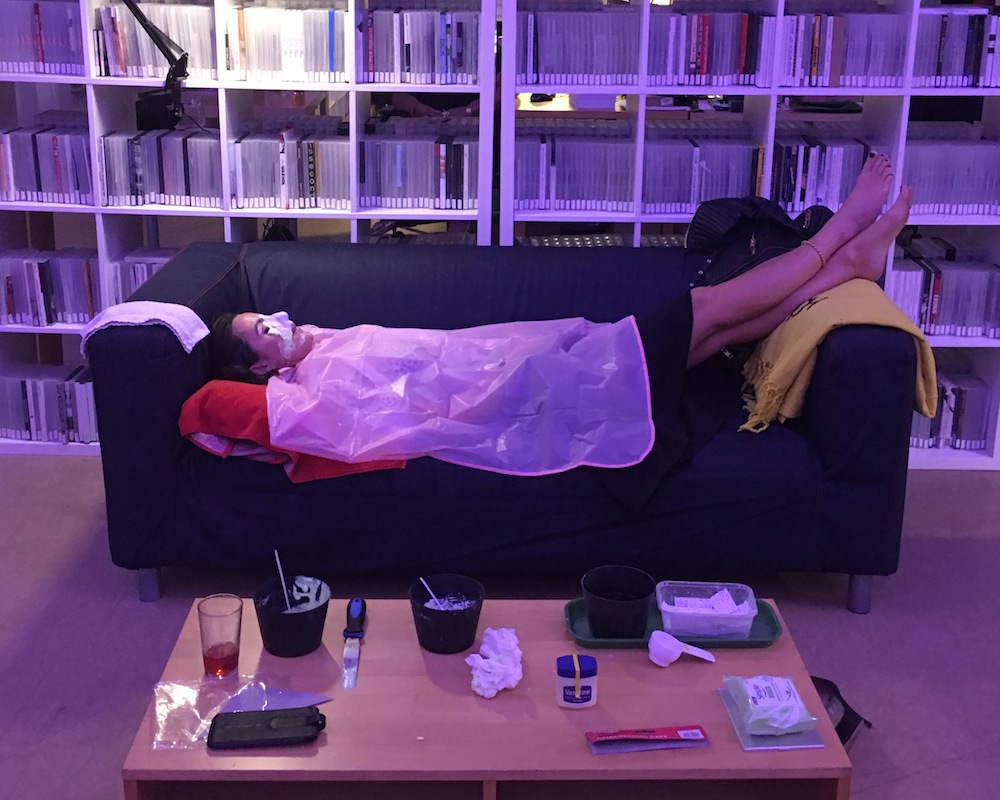