Future States by Áine Phillips: No.2

In July 2018 Aine Phillips undertook a residency at LADA as part of Future States a Live Art project looking at the relationship between Ireland and the UK, especially in the context of a post-Brexit future. This is the second of a series of blogs charting the project's development.

Future States by Áine Phillips: No.1

Future States by Áine Phillips: No.3

Future States by Áine Phillips: No.4

WHAT CAN WE DO NOW? (about The Border Predicament…)

Some ideas from artists around the world – useful and inspiring ideas of how to solve the problem of borders:

Hire a boom lift, drive it to the border and attach a sturdy swing underneath it. Sit on the swing, elevate the hydraulic lift and swing over the border. Expose your bum to add a cheeky provocation as in the work La Congelada de Uva, To the Rhythm of the Swing by Rocio Bolivar, Tijuana, Mexico and San Diego, US border in 2012.

Make a human cannonball machine and catapult a person over the border as in Javier Téllez’s work One flew over the Void (Bala perdida) in 2005 part of InSite bi-national art event Mexico – San Diego.

Inspired by the traditional “human cannonball” circus performer, Téllez explored the notion of spatial and mental borders in the context of Tijuana and San Diego, and developed an event that involved sending a “human cannonball” across the border between Mexico and the United States. Through successive creative workshops and exchanges the world's most famous human cannonball, Dave Smith and in collaboration with psychiatric patients from the Baja California Mental Health Center in Mexicali, Téllez collectively devised the backdrop, music, costumes, and radio and television announcements for the event. The performance occurred on August 27 at the site where the Mexico/US border fence disappears into the sea between Playas de Tijuana and Border Field State Park.

Dance over the border as in the work of Rita Marcalo/ Instant Dissidence who made Border transgressions in Dancing with Strangers: From Calais to England and is planning to dance across Britain and Ireland in One Last Dance: An Chéad Damhsa a two-stage perambulating dance between Guildford (the first city Rita lived in when she arrived in the UK as an Erasmus student in 1994) and Cloughjordan (the rural Irish village that she is moving to post-Brexit). This work highlights issues of immigration post-Brexit in general, and more specifically relates to those EU citizens who will acquire settled status in the UK.

Apply for and acquire an NSK State-In-Time passport. Use it to cross national and political borders at your own risk. The NSK State is a state in time, a state without territory and national borders, a sort of “spiritual state”. Besides the members of NSK, the right to NSK citizenship belongs to thousands around the world, to people of different religions, races, nationalities, sexes and beliefs. The right to citizenship is acquired through the ownership of an NSK passport.

The NSK State was created in 1992 by the groups that belonged to the arts collective Neue Slowenische Kunst (NSK). It is possible for any human being anywhere in the world to apply for and possess a NSK passport. It is a symbolic document but has been used in the past by people to cross the border out of Sarajevo and other places, although these acts remain undocumented due to the highly irregular and illegal nature of using a emblematic document of abstract citizenship to affect a physical border crossing.

Build a Wooden Horse with two heads and place it on the border as Marcos Ramírez ERRE did in 1997.

His work Toy-an Horse was part of InSite bi-national art event Mexico – San Diego. Toy-an Horse was a two headed Horse, 10m by 9m by 4m at its base installed just above the line of demarcation of the border between Mexico and the United States. I would add a development to this idea – inhabit the empty space of the horses belly and move between both sides of the border easily.

Take on the role of a Border Guard and perform her/his identity as Guillermo Gómez-Peña and collaborators did in The Most (un) Documented Mexican Artist at LACE Los Angeles Contemporary Exhibitions in 2018. Gómez-Peña acted as a kind of absurdist border guard, selecting which individuals could enter the main gallery space, choosing solely people of colour first, before letting the rest through. “Welcome to a world without Trump!” he shouted. “More than ever, in the Trump era, artists need to recapture, by any means necessary, a central role in society, as ombudsmen, experimental linguists, reverse anthropologists, radical pedagogues, utopian thinkers, and vernacular philosophers. We have to assume the role of critical thinkers in our times, because it is now or never.”

Build a Border Interpretive Centre on your local border, or occupy a suitable building that already exists. Stock it with border souvenirs (like clods of border earth, miniature watchtowers etc.), open it to visitors and find another border somewhere to twin it with. Hold an opening launch, invite the media and organise public talks and exhibitions. This is what John Byrne did in 2000 on the Belfast/ Dublin road at the Northern Ireland border. Unfortunately Byrne’s Border Interpretive Centre was forced to close after one week due to a number of death threats he received.

Travel across the border by entering it from another territory as Belgian artist Francis Alÿs accomplished in his work Loop in 1997 when he traveled from Mexico to the US without crossing the border. Using his artists fee for appearing at InSite bi-national art event Mexico – San Diego, he travelled via Tijuana to Mexico City, Santiago, Auckland, Sydney, Singapore, Bangkok, Rangoon, Hong Kong, Shanghai, Seoul, Anchorage, Vancouver and Los Angeles, finally arriving in San Diego.

Make your own passport in the manner of Tintin Wulia who invites visitors to create their own travel permits and identity cards in her installation and workshop-performance Make Your Own Passport (2014). In a kind of lucky dip, each participant is allocated a passport, sparking conversation about various topics, such as migration, nationality, family destinies or personal stories. Those who have been assigned the status of “stateless” listen to fictional or real accounts about a person who has no nationality. Wulia’s work reveals the power of documents and the arbitrary nature of concepts of exclusion, such as nationalities or nation states.

Smear yourself in butter and slide through a small gap in the border, if you can’t find an opening, dig a tunnel. This idea is an evolution of my recent performance Buttered Up presented at the Sirius Arts Centre Cork 2016 and Galway Arts Centre 2018 in which I buttered a couch and slithered through the hole in the middle of the cushions, disappearing into the underworld of domesticity to reappear again with a snorkel coming out of a sink. I would suggest this procedure can be transposed to the location of a border. By Áine Phillips

Supported by Culture Ireland as part of GB18: Promoting Irish Arts in Britain. 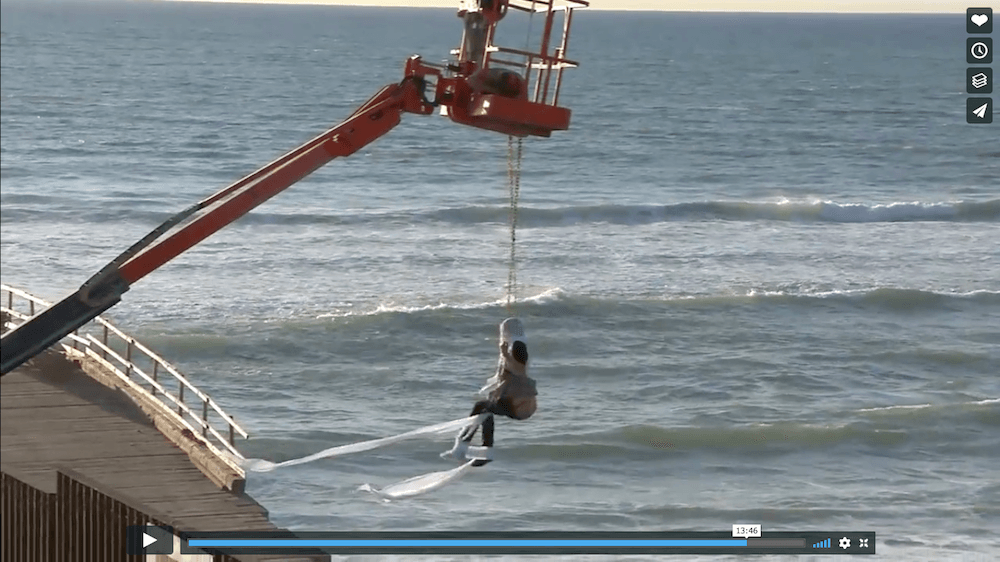 To the Rhythm of the Swing by Rocio Bolivar, Tijuana Mexico and San Diego, US border in 2012 video still 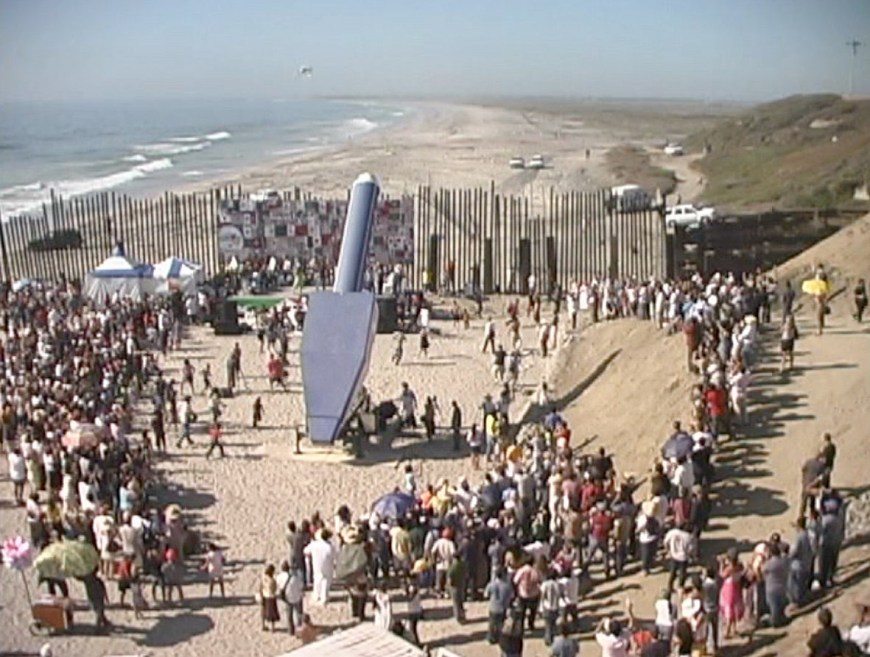 Javier Tellez One flew over t he Void (Bala perdida) 2005 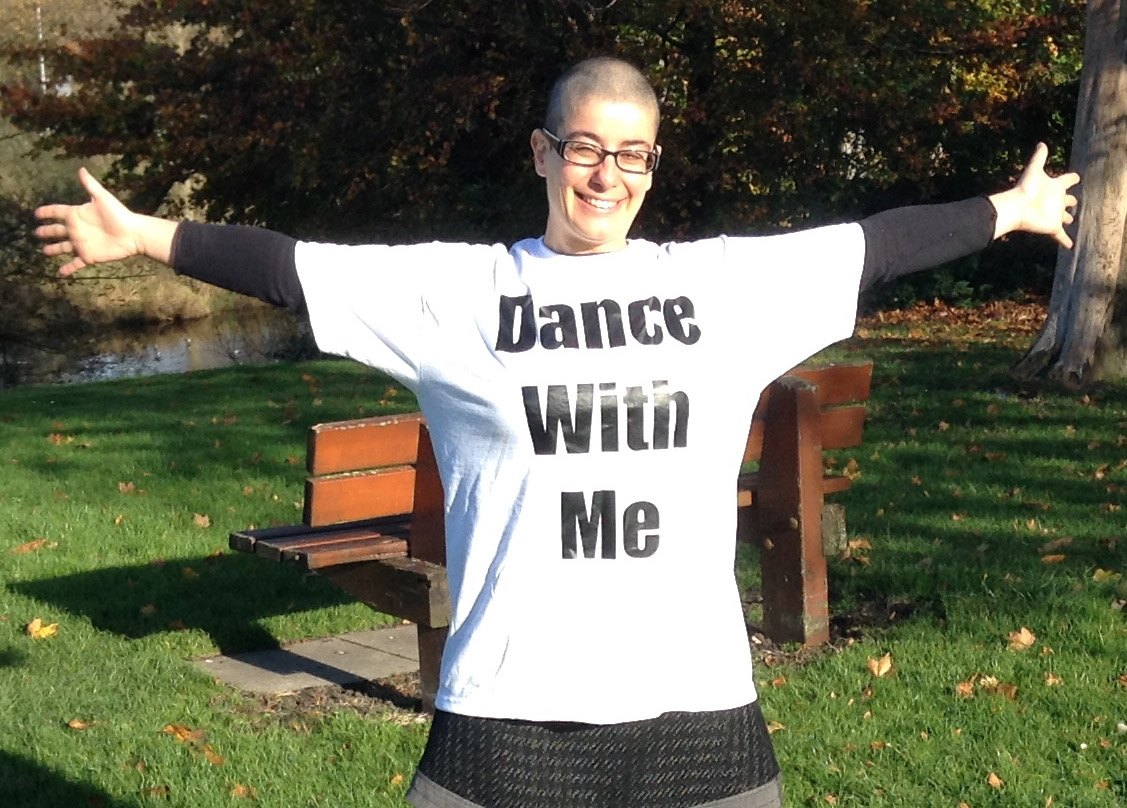 Rita Marcalo, courtesy of the artist 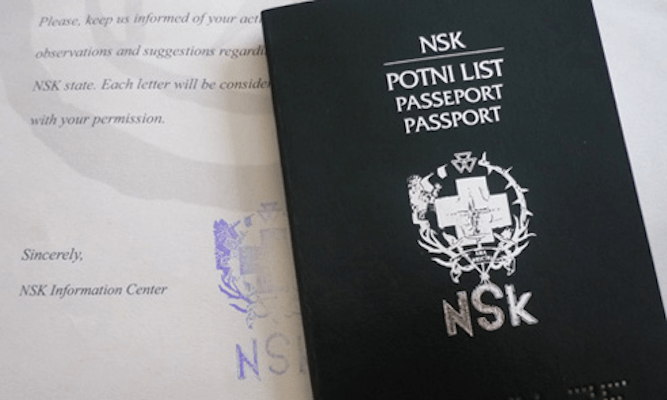 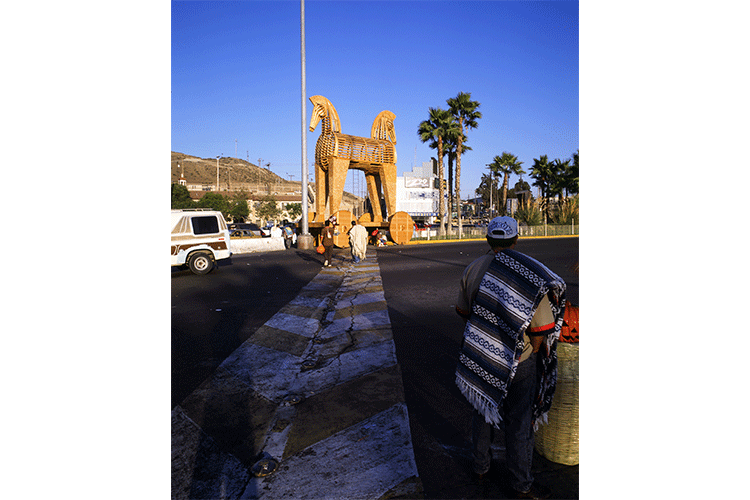 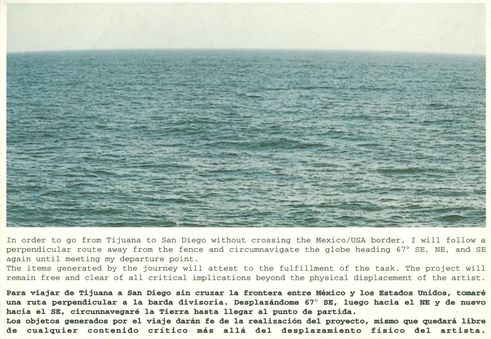 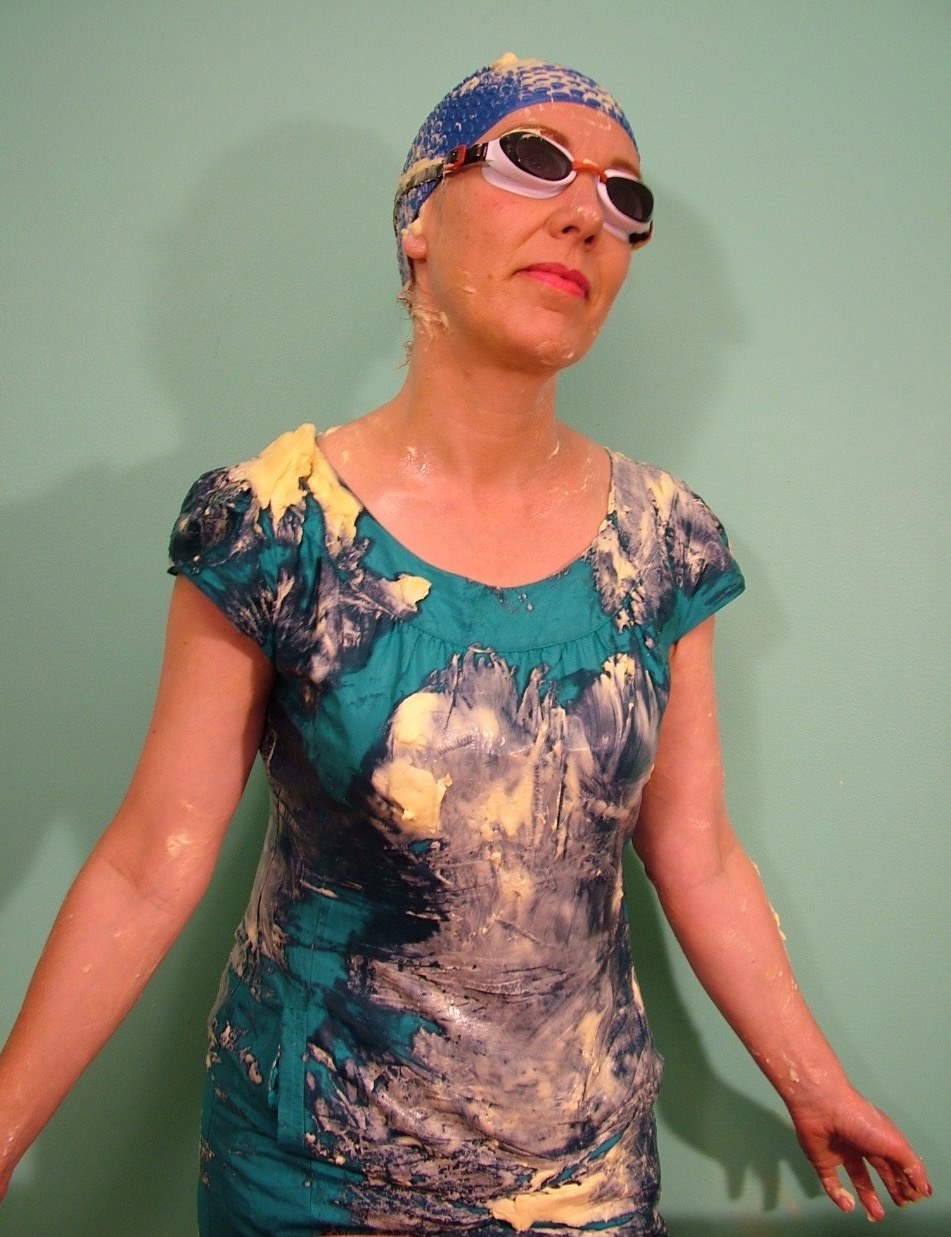 To the Rhythm of the Swing by Rocio Bolivar, Tijuana Mexico and San Diego US border in 2012 video still