Below is the third in a series of blogposts written by Tracey Warr responding to Remote Perfomances, the blogposts will be published daily on LADA's blog throughout the project.

Trying to make live radio broadcasts from an off-grid studio up a steep track is of course, perverse. Malfunction, as Johny Brown, observed at breakfast, is part of it – and that malfunction might be both technological and human. The Remote Performances project, with Resonance 104.4fm broadcasting from Outlandia, a hut up a tree in Glen Nevis, has been a challenge, but beyond that the artists and other contributors are on a rollercoaster of making, editing and broadcasting, with not much time to draw breath between. The complexity of the logistics is fierce: generators, satellites, transport, harsh walks uphill in rain and midge with heavy and fragile equipment, and above all juggling time, but this difficulty is proving to be wildly constructive.

Sheep farmer Ian McColl made the journey up the precipitous peat track to Outlandia for a discussion with Nevis Radio Presenter, Isobel Campbell, who also runs the Lochaber Rural Education Centre. Ian had with him a very finely carved wood and horn shepherd’s crook, the black and ivory handle worn glossy and marbled from the slide of a hand over the years. He and Isobel discussed changes and challenges in farming in Lochaber.

Tam Dean Burn interviewed historian Alex Du Toit from the Lochaber Archive Centre. They talked about the Clearings, the Jacobite Risings and the 19th century Kirk’s atttempt to curtail whisky consumption at funerals to a maximum of six glasses. Alex described how the Harry Potter Quidditch scenes were filmed at the viaduct in the Glen. Researchers at the Archives include the Local History Society and Scottish Diaspora visitors from Canada, Australia and New Zealand looking for information on their ancestors.

Continuing his series of absurd and effortful interactions with ‘nature’, Bram Thomas Arnold threw rocks at trees today, but nature appeared as impassive to this as to his oaths and particle physics lecture yesterday. Geoff Sample experimented with a lyrical performance drawing on experiences of working in the landscape, recording stags and eagles.

So at the end of four hours of broadcasting, when Johny Brown gently told the listeners: ‘we have to leave our nest in the trees here now and the mist is coming down over Ben Nevis opposite’, there was a sense of reluctant withdrawal from an eclectic, evocative sound scape … until tomorrow. 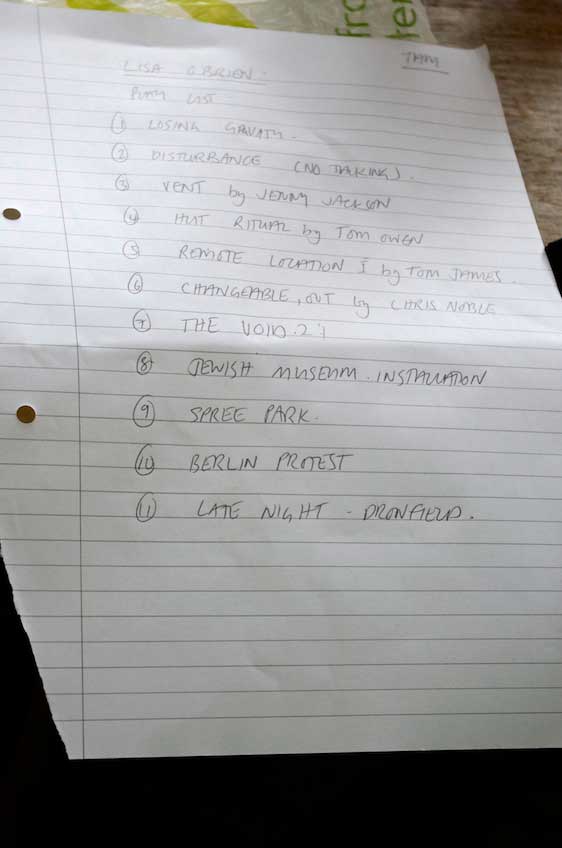 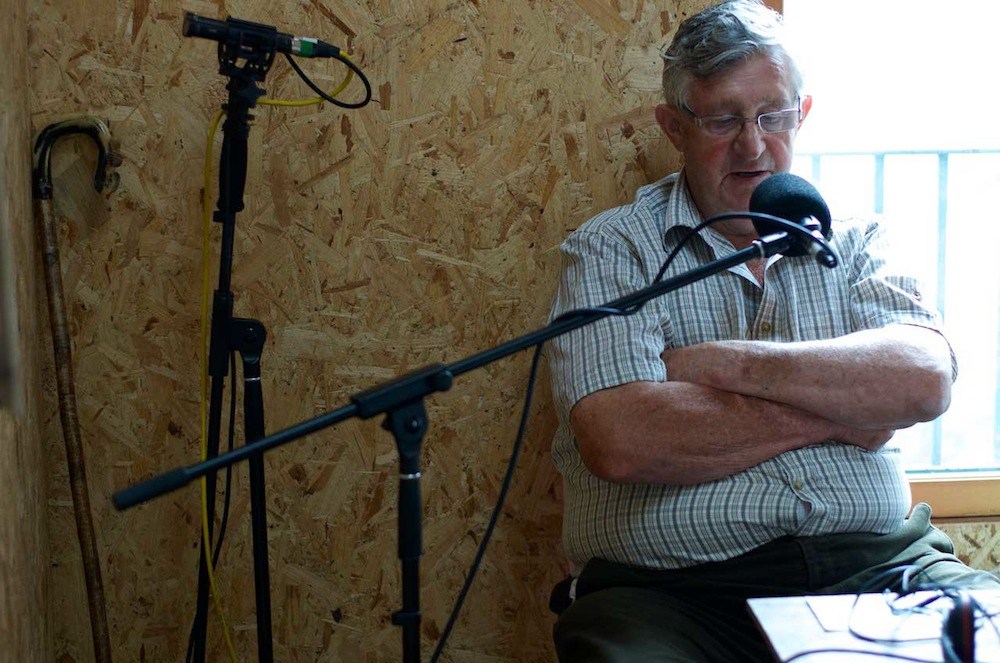 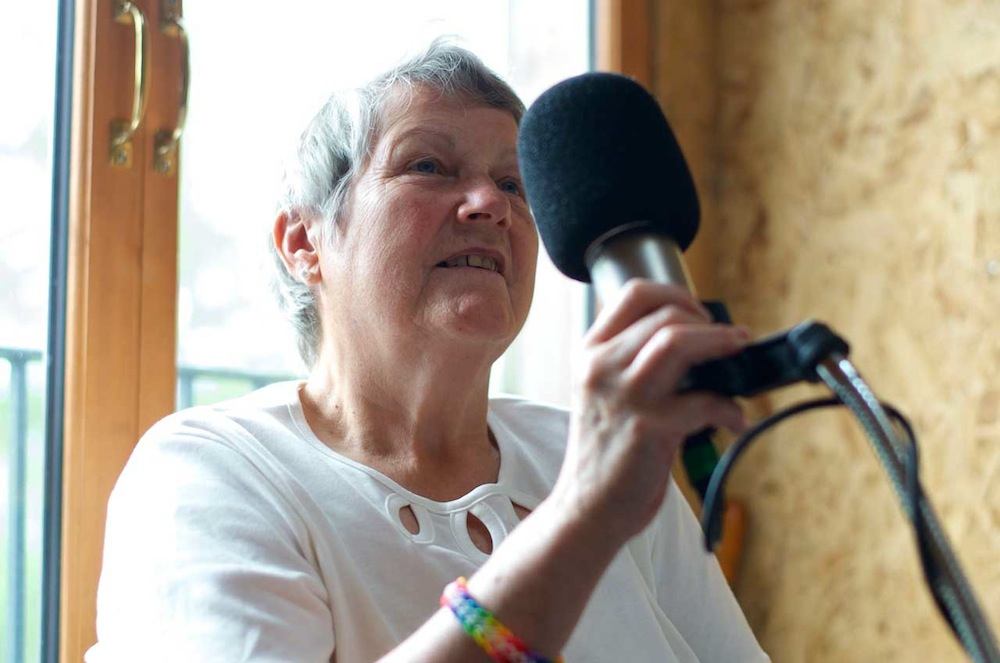 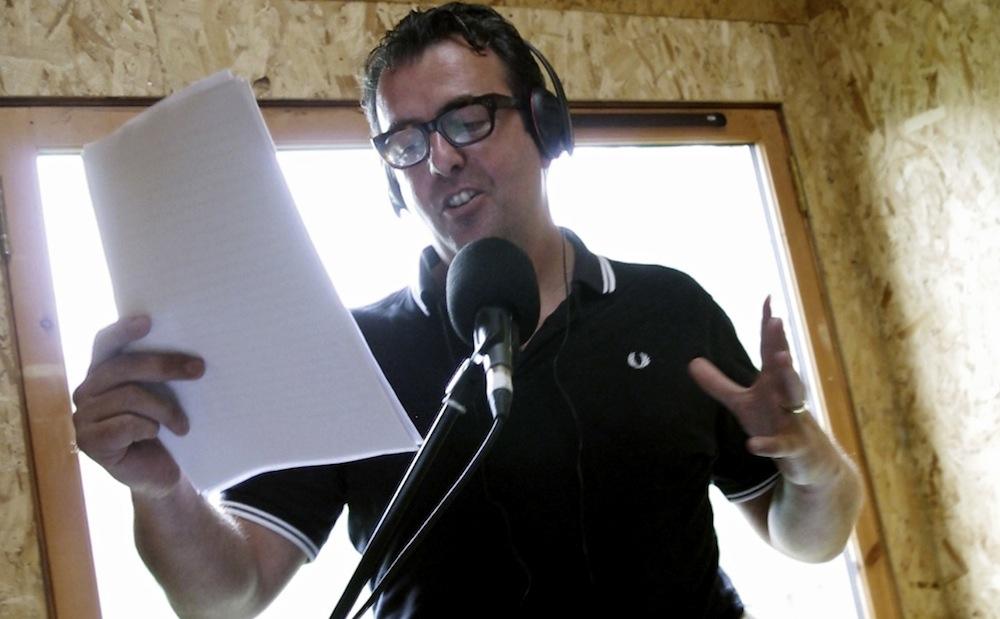