Out of Now, The Lifeworks of Tehching Hsieh

Co-published by the Live Art Development Agency and The MIT Press
384 pages, 173 colour and 140 black and white photographs throughout, 24.5cm x 32cm

Out of Now is the first major book on the extraordinary and influential Taiwanese-American artist Tehching Hsieh.

In the vibrant downtown Manhattan art scene of the late 1970s and early 1980s, Tehching Hsieh made an exceptional series of artworks: five separate one-year-long performances that were unprecedented in their use of physical difficulty over extreme durations and in their absolute conception of art and life as simultaneous processes.

In these performance works Hsieh moved from a year of solitary confinement without any communication, to a year in which he punched a worker’s time clock in his studio on the hour every hour, to a year spent living without any shelter on the streets, to a year in which he was tied closely to the artist Linda Montano without ever touching and, lastly, to a year of total abstention from art activities and influences. In 1986 Hsieh announced that he would spend the next thirteen years making art but not showing it publicly. This final lifework—an immense act of self-affirmation and self-erasure—came to a close at the turn of the millennium.

For many Tehching Hsieh is a cult figure. The rigor and dedication of his art inspires passion, while the elusive and epic nature of his performances generates speculation and mythology. After years of near-invisibility Hsieh has now collaborated with the writer and curator Adrian Heathfield to create this meticulous and visually arresting record of the complete body of his artworks from 1978-1999.

Out of Now is the first extensive critical account of these remarkable works. Heathfield’s astute meditation is complemented by an intensive exchange with the artist and a set of letters from leading art theorists Peggy Phelan and Carol Becker, and the internationally acclaimed artists Marina Abramovic, Santiago Sierra, and Tim Etchells.

This exquisitely composed volume is essential reading for all those interested in art history, conceptual art, visual culture, and the practice of performance.

Adrian Heathfield is a writer and curator of performance and visual art. He is Professor of Performance and Visual Culture at Roehampton University, London.

“This impressive and beautifully written book offers the first comprehensive study of an outstanding body of work. An extraordinary performance!”

“There is a lot of love in this publication, not in the hagiographic sense, but in the pastoral sense. It’s not often that an artist receives the kind of respectful, patient, uncompromising, searching attentiveness that Adrian Heathfield, the author (in this instance writer/editor), has brought to his subject. All the works are contextualised and analysed with an authority that doesn’t flatten… Compiled in this way, and against expectation, they seem to create a kind of poetics of facticity.”

“Out of Now: The Lifeworks of Tehching Hsieh is a handsome and imposing volume, demanding proper room on one’s bookshelf just as much as the artworks it concerns demand their place in histories of performance and art. There is a profound dialogue under way in this project, between the visible appearance of this giant object and the very quality of the work it documents.”

‘Tehching Hsieh has created a profound body of “lifeworks” that integrate the live with the aesthetic, producing hybrid experiences that question the very nature of what we call “art.” This brilliant book, which includes documentation and smart, poetic, and historically inflected writing by Heathfield is an invaluable record of Hsieh’s work. A unique commentary on the writing of the histories of art and performance.’

Read a review of Out of Now by Theron Schmidt on AN Interface here. 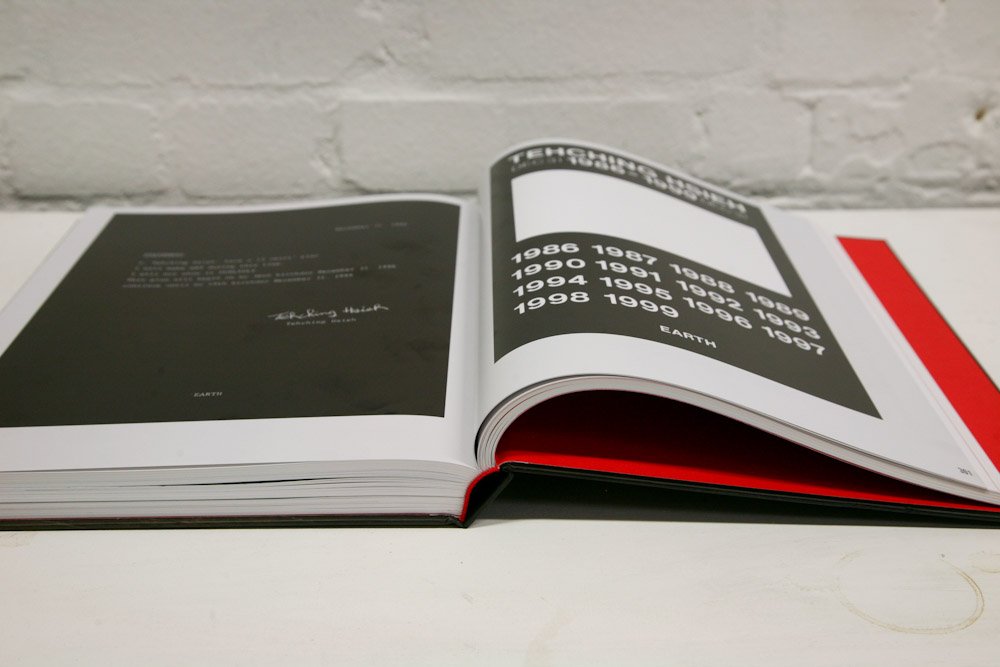 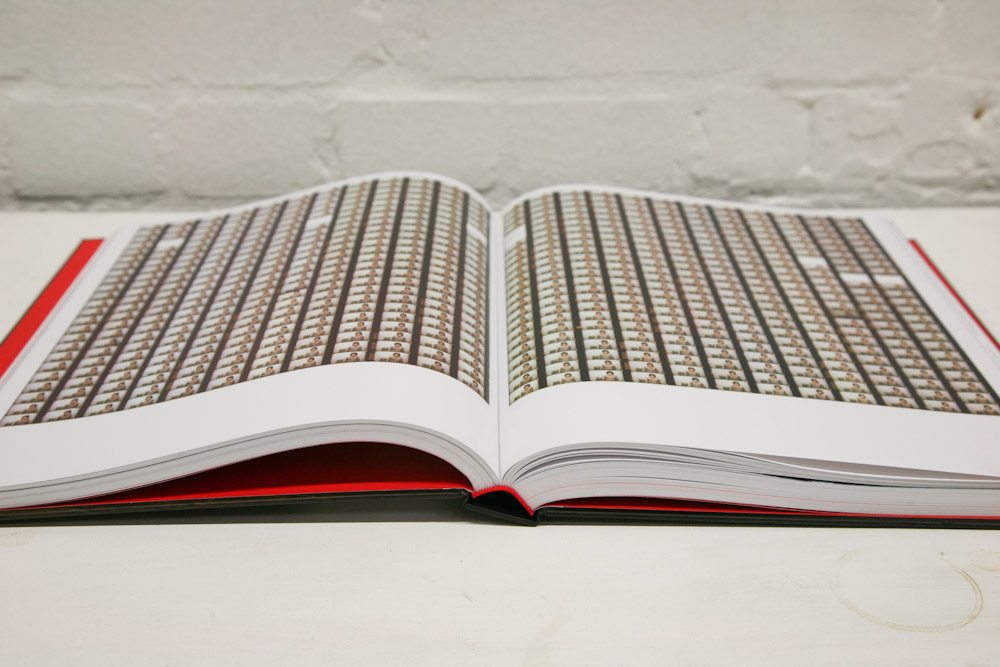