Trashing Performance is an international public programme with irreverent artists and thinkers working at the edges of taste and respectability.

Trashing Performance explores the power of creative expressions that wilfully debunk or ignore cultural ideals and hierarchies of critical value. This week-long London-wide programme investigates art and culture often considered too left-field by the proprieties of high minded and elite taste, and provides a space to think again about the value of irreverent and sometimes overlooked performance practices in public exchanges between different performance audiences and artists, academics, activists, and curators.

Trashing Performance asks what is at stake in calling something or someone ‘trash’, and explores the cultural histories which inform the value of ‘trashy-ness’ in contemporary practice. It explores how some performance artists risk high seriousness by embracing ‘cheap’ aesthetics and popular forms, and considers how underground and avant-garde performers have sometimes made a virtue out of producing work beyond the critical pale. How might performance artists’ willful rejections of, or indifference to, elite propriety and culture be attractive to audiences? And on what terms might such work be valued by those who love it?

The aim of Trashing Performance is not merely to reflect upon a particular performance style, but to open up broader ethical and political questions about the role of performance in the production of the contemporary public sphere.

Performance Matters has commissioned a series of ongoing creative research dialogues between artists, academics, and other social and cultural practitioners. The Trashing Performance Dialogue projects are Cheap Flicks with Gavin Butt and Ben Walters; FeMUSEum with Lois Weaver, Amy Lamé, Bird La Bird and Carmelita Tropicana; and This is Performance Art: Part Two by Mel Brimfield with various collaborators. To view these Dialogues please visit ‘words and images’ on the Performance Matters website.

Performance Matters is funded by the Arts and Humanities Research Council 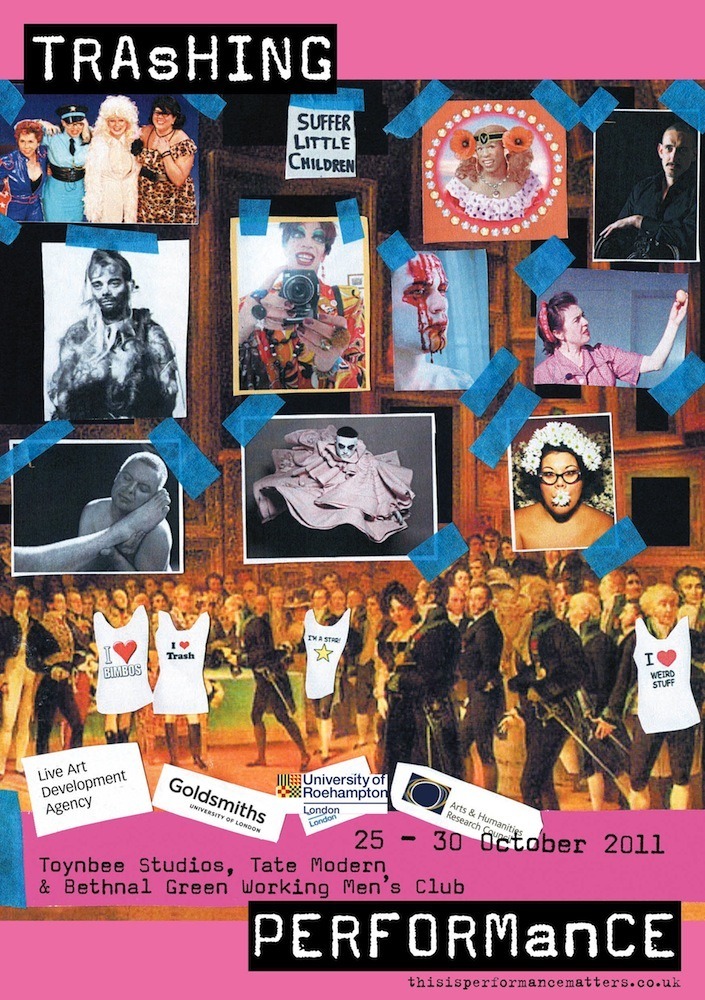 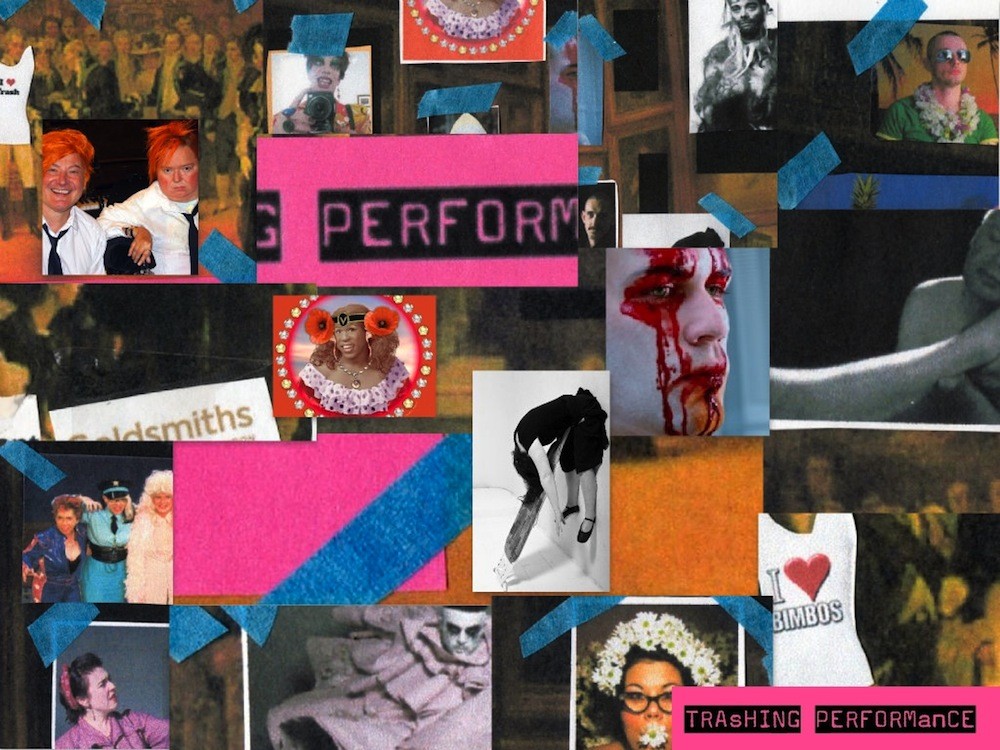 Close up of Trashing Performance flyer, design by Owen Parry.

A list of projects hosted and coordinated by LADA

A limited edition artwork, a performance enabler, and an educational resource.