October’s LADA Screens is the film of Rita Marcalo’s One Last Dance – An Chéad Damhsa, a perambulating dance taking place between Guildford (the place Rita lived in when she arrived in the UK as an Erasmus student in 1994) and Cloughjordan (the rural Irish village that she is moving to post-Brexit). Rita started the dance on 3 September, performing it at LADA on 14 September and ending it in Ireland on 26 October. She returns to LADA on the 30 October to show the film of the London performance and discuss the work in the context of Restock, Reflect, Rethink Four (RRR4).

Restock, Rethink, Reflect is an ongoing series mapping underrepresented artists, practices and histories. Through a programme of residencies, commissions, resources and publications, RRR4 on Privilege (2016-18) has looked at ways in which Live Art enables different forms of understanding, knowledge, agency, and inclusion in relation to issues of youth, old age, displacement and class.

Kelly Green will present two new resources on Live Art and class developed through an RRR4 Study Room research residency and collaboration with Canterbury Christ Church University – Let’s Get Classy, a Study Room Guide and Ways of Getting Classy, a Toolkit of Methodologies.

Scottee will present I Made It, a swanky archive book documenting his ten years of making art and making trouble, and The Outsiders’ Handbook, a free zine and survival guide for queer and trans young people written by Scottee, Travis Alabanza, Selina Thompson and Emma Frankland. Both publications were created as part of an RRR4 commission for Scottee: I Made It, a project marking Scottee’s decade as an artist.

Barby Asante will discuss Declaration of Independence, a project bringing together women of colour to perform collective recitations addressing issues of independence, justice, and the role of the artist in a climate of heightened racism and violence.

Fox Irving, an artist taking part on LADA’s subsidised desk scheme, will launch her Working-Class Working Group and plans for a body of work exploring engagement and collaborations with working-class communities.

The discussions will be facilitated by LADA’s partner on RRR4 Amit Rai and Lois Keidan.

October’s LADA Screens is the film of Rita Marcalo’s (aka Instant Dissidence) One Last Dance – An Chéad Damhsa, a perambulating dance taking place between Guildford (the place Rita lived in when she arrived in the UK as an Erasmus student in 1994) and Cloughjordan (the rural Irish village that she is moving to post-Brexit).

Rita started the dance on 3 September 2018, performed it at LADA on 14 September 2018 and ended it in Ireland on 26 October 2018. She returns to LADA on the 30 October 2018 to show the film of the London performance and discuss the work in the context of Restock, Reflect, Rethink Four (RRR4).

“As I dance my way through the UK I will meet and stay with other EU citizens, who will walk/dance part of the way with me. Each EU citizen will choreograph a section of One Last Dance, and choreographic sections will then be linked to one another via linear accumulation. I will encounter dance/arts organisations, festivals and venues which have been part of my work in the UK over the past 24 years. At each of these encounters I will perform One Last Dance to the accumulative stage that it will be at. As I enter the island of Ireland, the work shifts into its next stage: An Chéad Damhsa, which in English means My First Dance. Eventually I will reach my final destination (Cloughjordan), where I will finally perform the entire accumulated choreography and audio testimonies”. – Rita Marcalo

One Last Dance – An Chéad Damhsa is supported using public funding by the National Lottery through Arts Council England.

Instant Dissidence is a UK/Ireland-based company directed by Rita Marcalo. It is her way of bringing different artists together, in different combinations, to realise different ideas: through Instant Dissidence she invents ways of offering other people art experiences. Her practice began in dance/choreography but eventually she became more interested in communicating concepts rather than in sticking to a particular art form. She began collaborating with others to create work in different media, and today she brings in people from different areas to solve creative problems.

Instant Dissidence’s is also a socially-engaged practice where the company foregrounds the role that dance/choreography can play as a social engine: we are ‘artivists’ who believe in the power of connecting art and social consciousness. 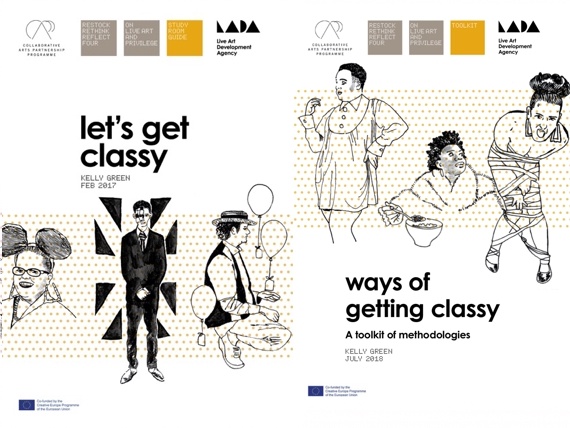 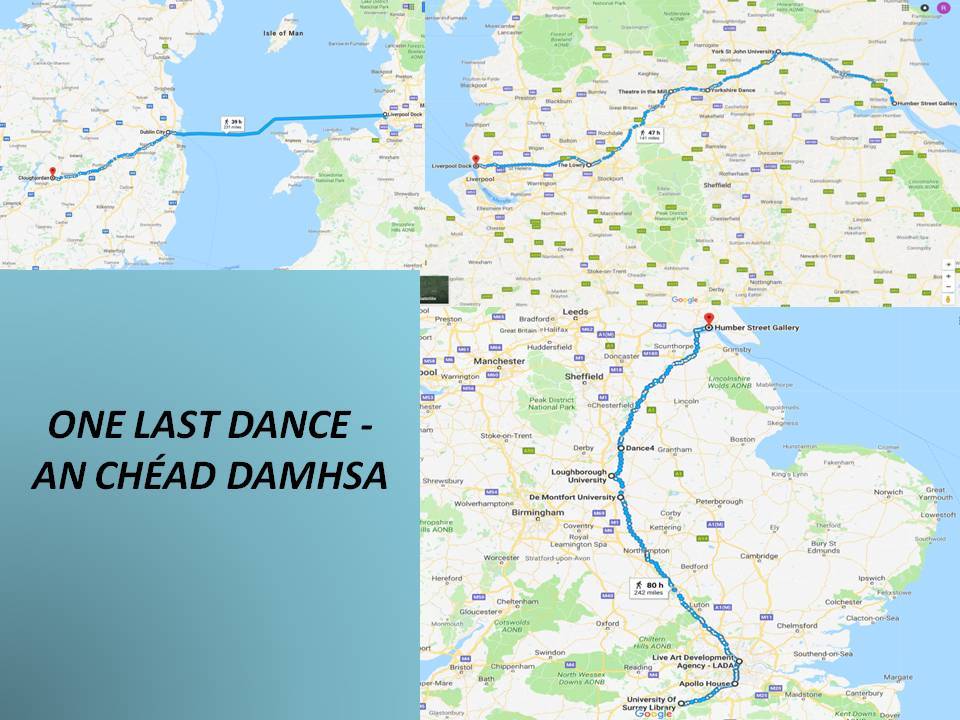