Edge of an Era

Edge of an Era revisits a specific series of seminal performance art events from the late 1980s, through artistic commissions, archival digitisation, workshops in London and the North and a public event celebrating the 30th anniversary of EDGE88.

In the late 1980s, Performance Magazine (1979-1992) started presenting some of the first site specific performance art events in the UK, including Art in Danger, At the Edge and Last Sweat of Youth at the Diorama and Air Gallery. This culminated in EDGE 88, one of London’s first site-specific performance/installation festivals which was attended by artists such as Helena Goldwater, who was at the start of her career. Thirty years later, Helena Goldwater and Rob La Frenais, (former editor of Performance Magazine and Director of EDGE 88) in collaboration with the Live Art Development Agency (LADA) are revisiting this and other 1980s performance art events, connecting influential artists from the 1980s with current generations.

The project will shed light on underrepresented  histories which have had a significant influence on current art practice and will respond to the current embrace of performance art in the mainstream.

Marking the 30th birthday of EDGE 88, a 12 day festival of performance art that took place in the same Central London spaces three decades ago, 2019’s Edge was many things at once: a commemoration, a celebration, a performance of performances, a reunion, a marking of what once was and the legacy with which it now challenges the present day.

Five new commissions were created by contemporary artists, following an open call. These new works responded to archival material from the original EDGE events. The commissions have been presented online, drawing connections between the 1980s and now.

A public event which was held at St John’s Church in Clerkenwell, London (original EDGE 88 location) showcased the commissions and featured artists talks.

History and Context of the Project

EDGE 88 was launched after 2 years of planning, campaigning and studying overseas examples, such as the 1987 Documenta, which contained a comprehensive performance programme for the first time. It was preceded over a 3 year period by performances and installations organised by Performance Magazine: Art in Danger at the Diorama, and At The Edge and The Last Sweat of Youth at AIR Gallery, and followed in 1989 by EDGE 89, and The Last Weekend, Allenheads. EDGE 89, organised by Tracey Warr (who went on to co-edit the seminal book The Artists Body), comprised of a promenade version of Isaac Julien’s influential film Looking for Langston, staged in Kings Cross, where the current site of Central Saint Martins now stands, and Cornelia Parker’s train installation, Left Luggage, held in St Pancras station. These events will also be included in Edge of an Era.

EDGE 88 was “an idiosyncratic survey of contributions…what interests me is the artists’ ability to respond to an unusual space or situation and to appropriate it for one’s own obsessions” (Rob La Frenais talking to Sarah Kent in Time Out, 1988)

The EDGE 88 team, including Sara Selwood at the AIR Gallery, and Projects UK in Newcastle secured funding from the Arts Council to stage a programme of 24 performance-based works in Clerkenwell, London in 1988, some of which then toured to Newcastle. Clerkenwell was then a semi-derelict and cheap place to live, rather than the developed and expensive area of London it is now. And so it was possible for them to negotiate the use of a variety of spaces from the Slaughterhouse, Flaxman Gallery, the Cloister Garden of the Grand Priory Church, Ironmonger Row Swimming Baths, the Woodbridge Chapel, and the disused prison cells under the then Kingsway Princeton College.

Accompanying the works was a catalogue, edited by Marjorie Althorpe-Guyton, and published in conjunction with Performance Magazine, (then edited by Steve Rogers). It included artists’ pages and essays by Dan Cameron, Silvia Eiblmayr, Steven Durland and Gray Watson, exploring the avant-garde, feminism and representation, performance in the US and Canada and thinking around ‘content’, as well as an introduction by Chrissie Iles.

Deanna Petherbridge succinctly captures the unique atmosphere and impact of EDGE 88, writing in the Financial Times: “Wandering around Clerkenwell, the inner city village with its secret squares, unexpected alleys, bosky churchyards and good pubs is pleasurable enough on a mild Autumn evening. To also discover curious installations and obsessive activities along the way makes for a rich and very metropolitan experience. As well as gallery venues such as AIR and the Flaxman Gallery, artists have chosen swimming pools, churches and disused offices for their ‘laboratory ‘ pieces. The installations, using videos, lasers, live performance, props and written material, are works on the edge of fine art practice: on the edge too, of politics and emotions. Sometimes a cutting edge…sometimes a blunt instrument.”

EDGE 88 represents the culmination and peak of such activity in London in the 1980s. It also marks a moment of change. Preceding the 1990s, performance art was a, mostly, respected and key experimental practice linked historically to fine art. There had been a dynamic community of artists who ‘made things happen’, and audiences keen to experience the cutting edge of art making.

After 1989 everything changed. With the rise of the YBA and the shift in focus to marketability, performance art lost its position in the contemporary art gaze. It could not seemingly be bought; its temporality, and perhaps radical politics and experimentation, were not considered conducive to sales. The response was not a negative one – out of the ashes grew a burgeoning of multidisciplinary performance, which sought funding, venues and support from elsewhere than the contemporary art worlds. The ‘90s though changed how performance was viewed and contextualised. Edge of an Era seeks to highlight not only an important event and grouping of artists and writers, but also to demonstrate the historical context that they inhabited and the legacy that remains.

In partnership with ArtsAdmin and Central Saint Martins, University of London.

This project is supported using public funding by Arts Council National Lottery Project Grants and made possible through the Jonathan Ruffer Curatorial Grant from Art Fund. 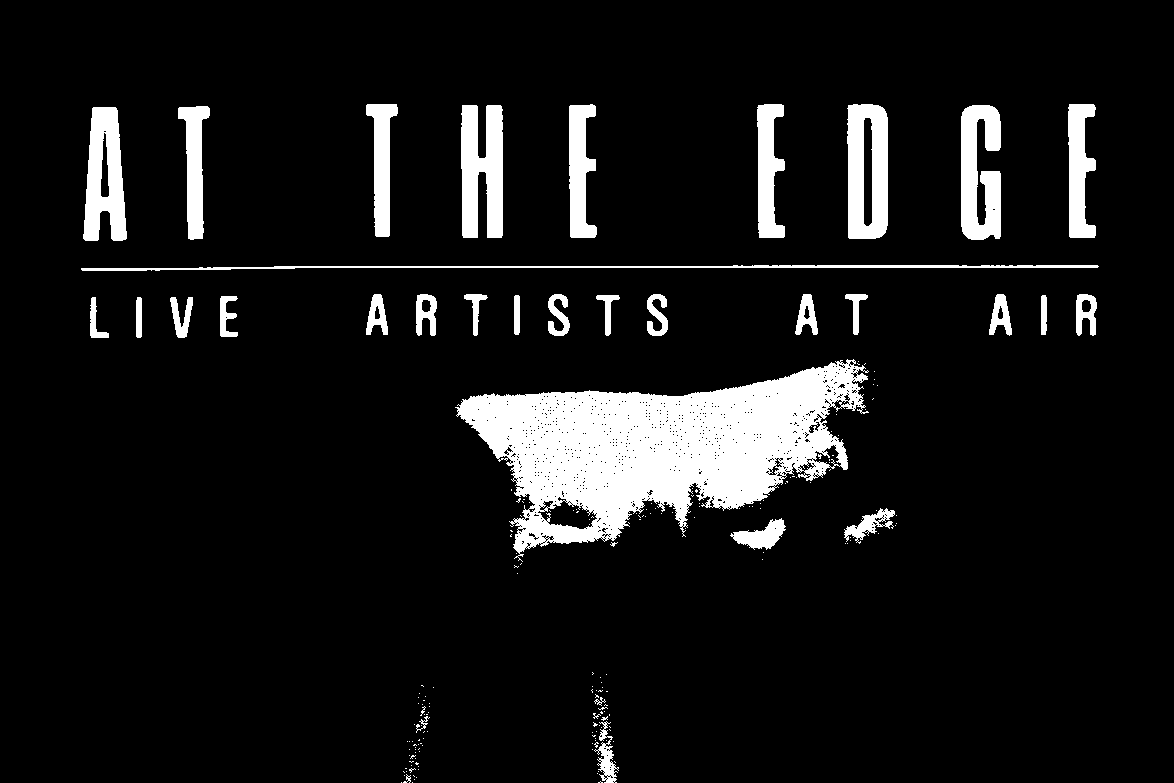 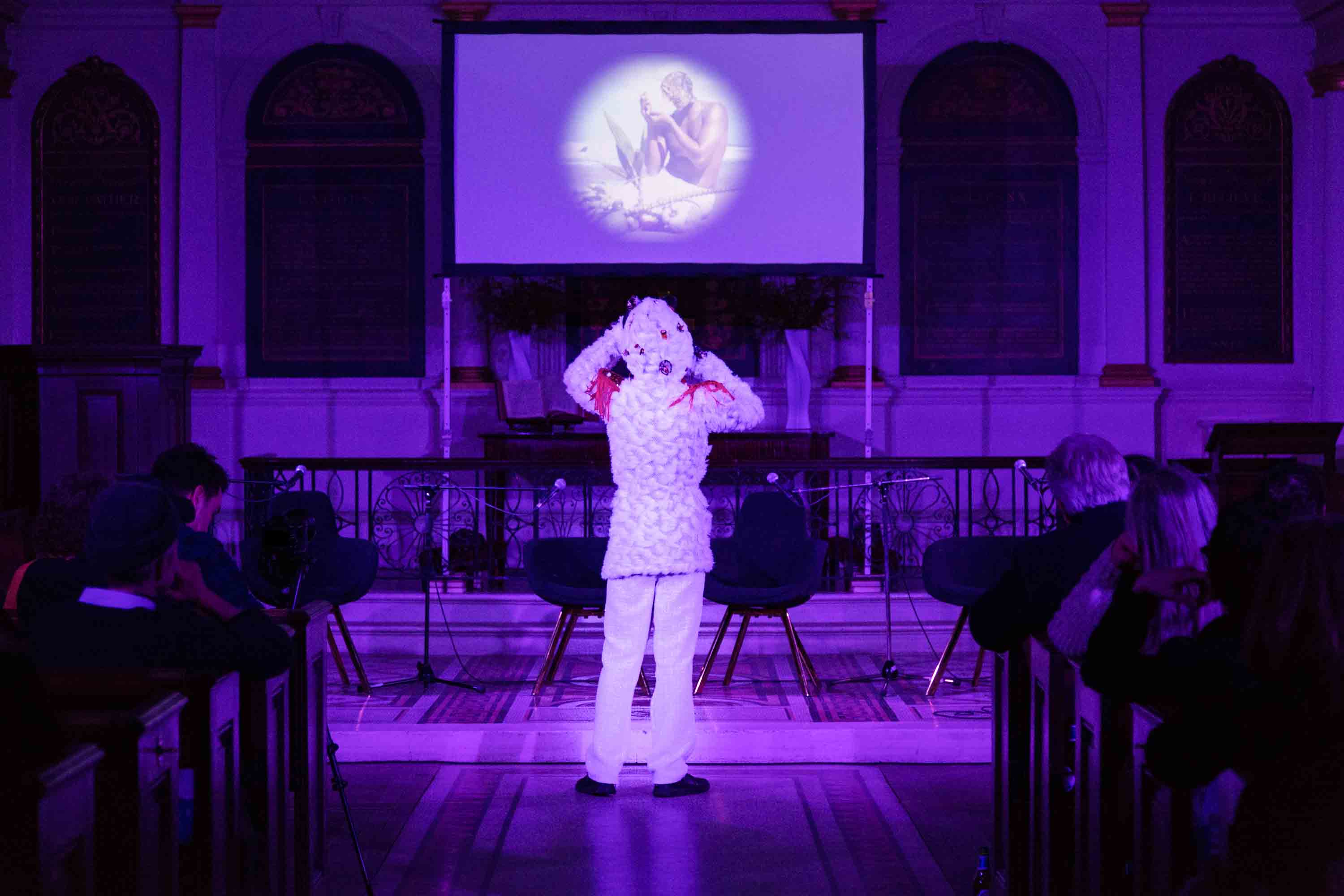 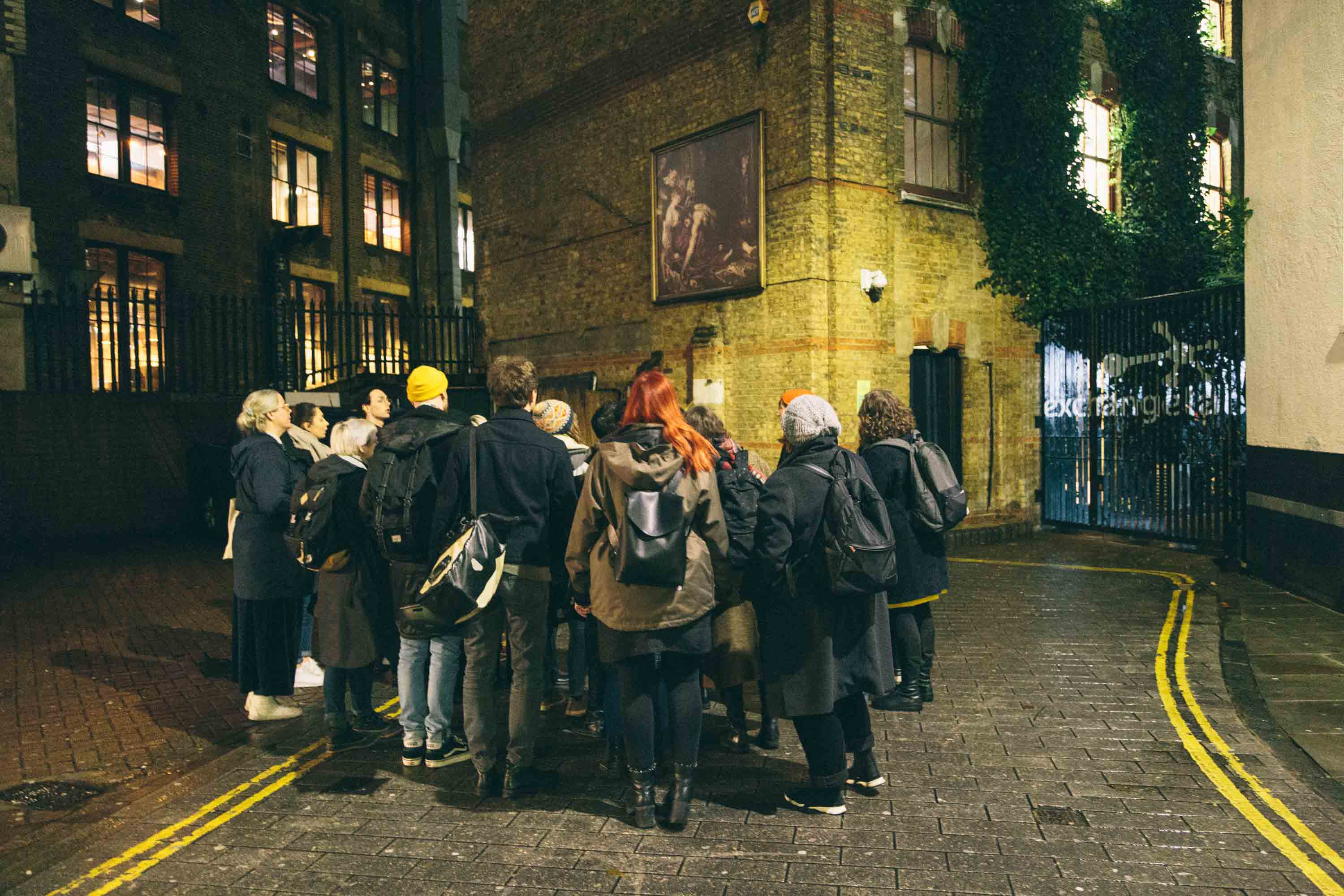 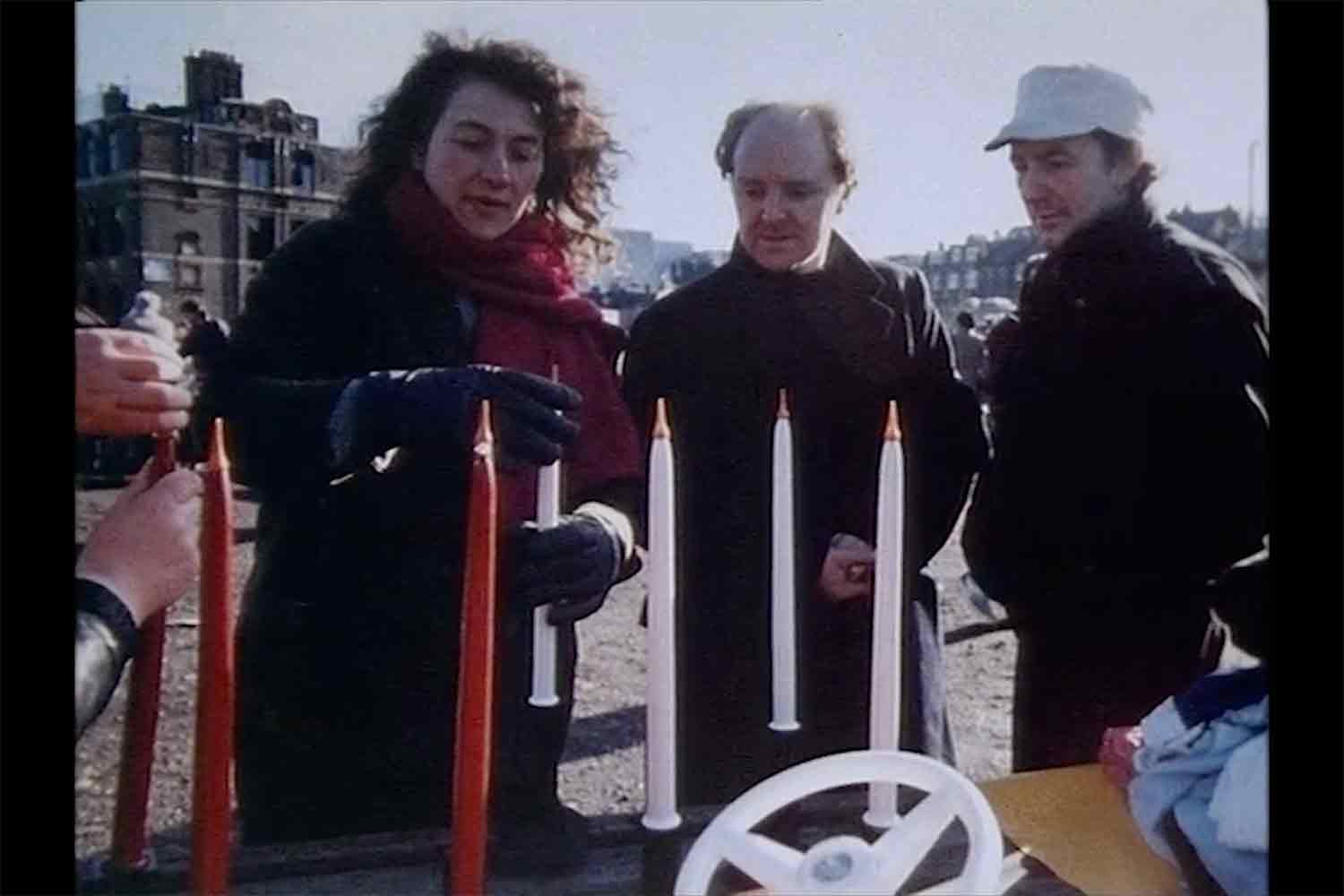 Anne, Richard and Paul, Morgan Quaintance, 2018. Still from video. Courtesy of the artist. 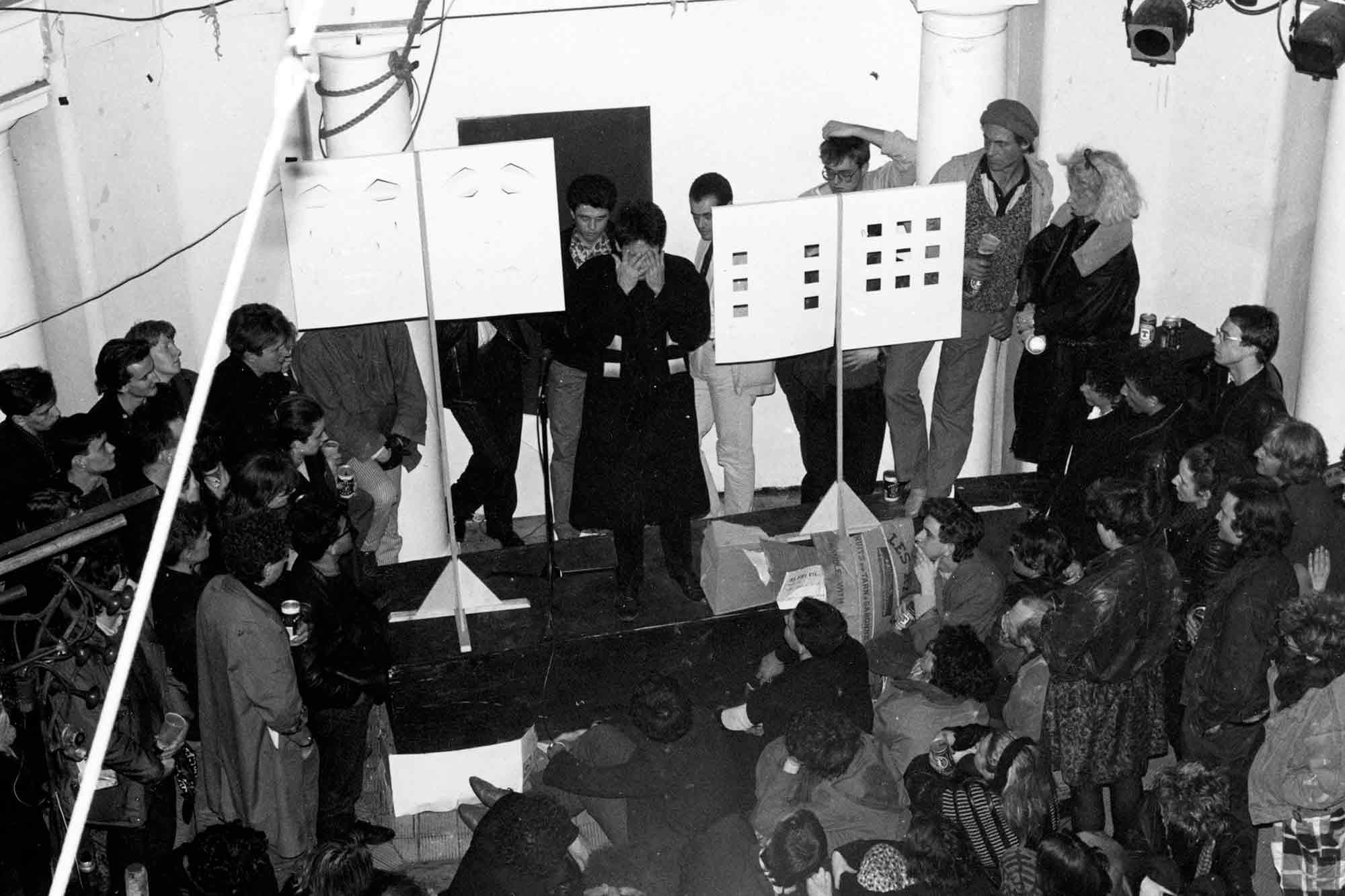 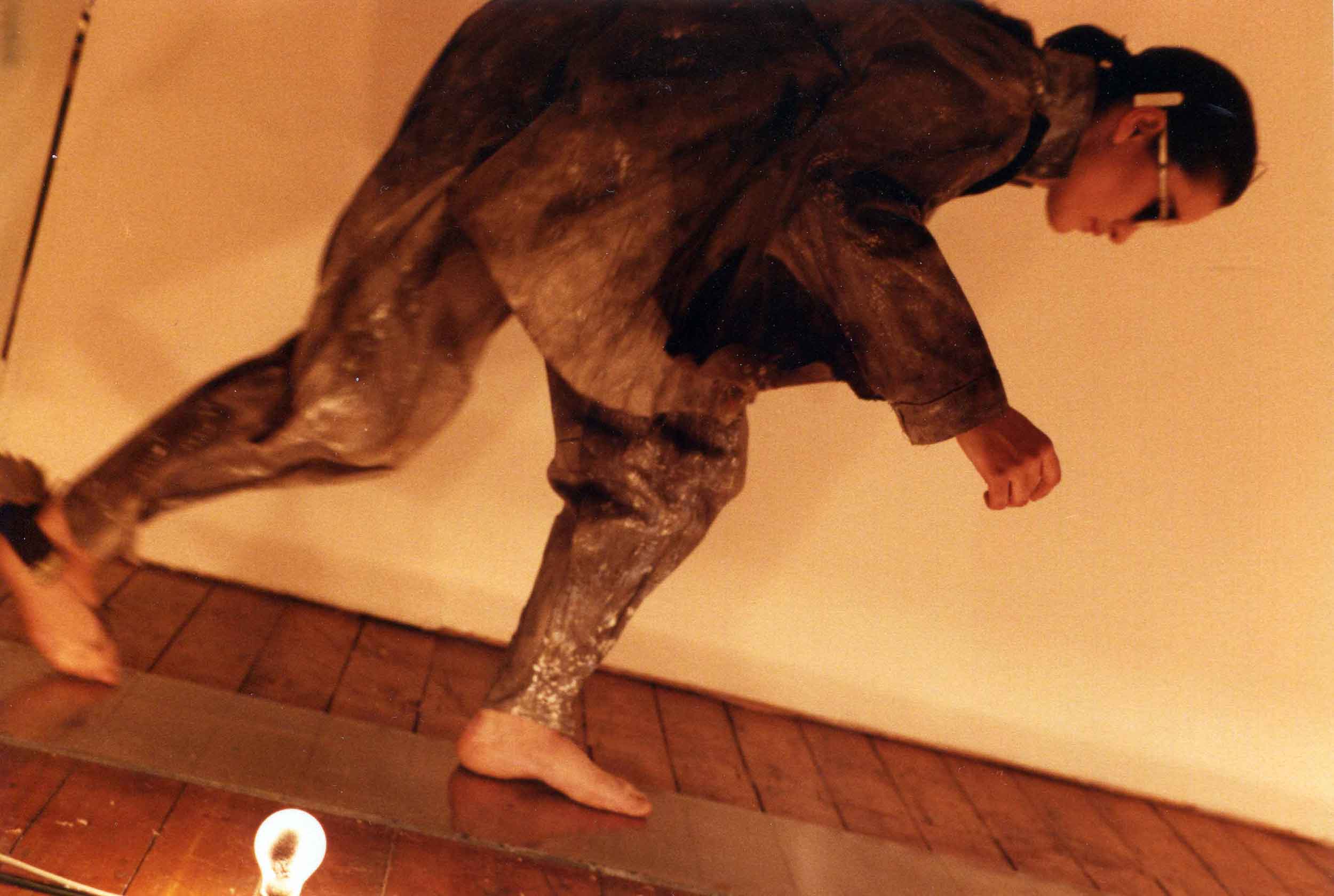 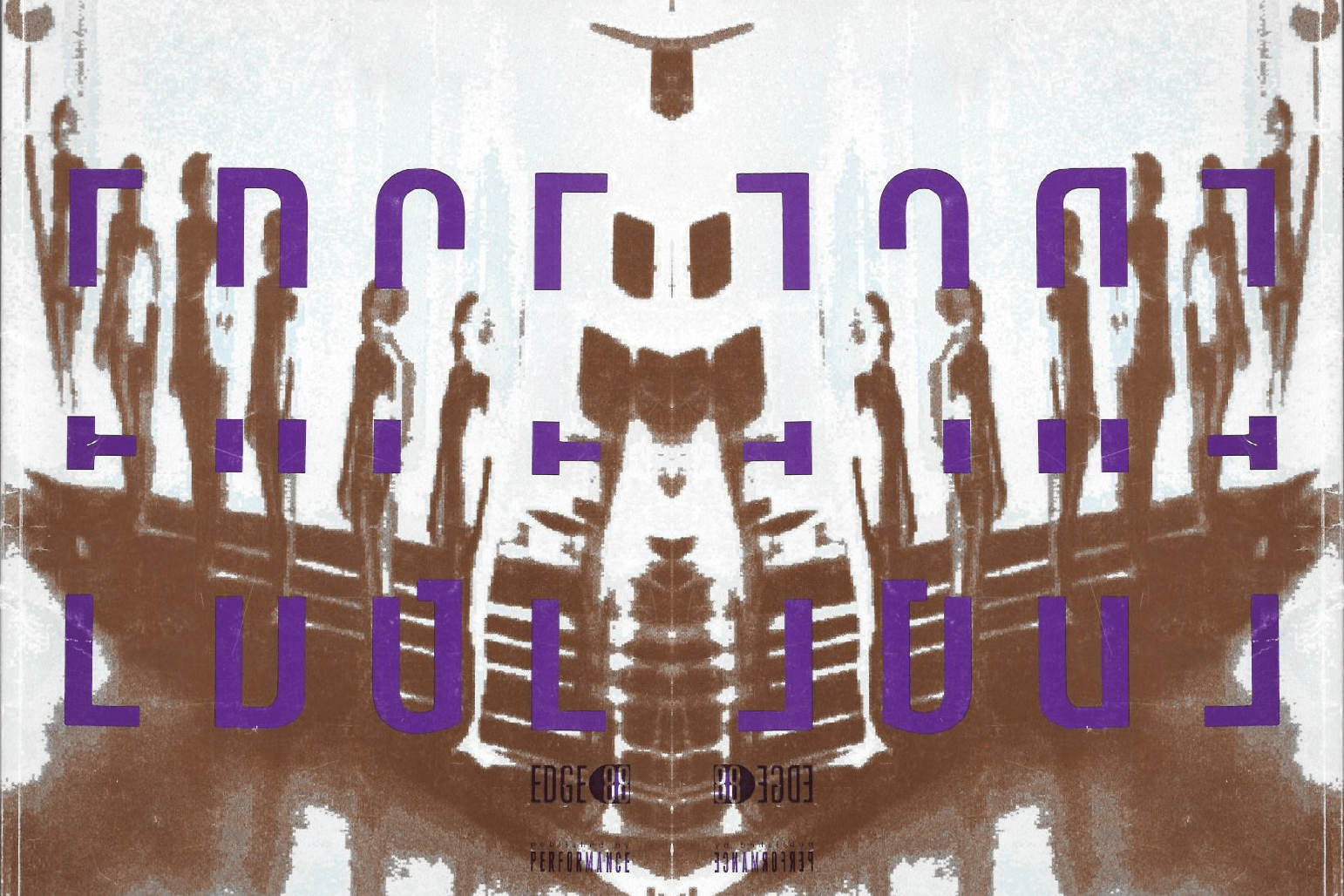 A transnational partnership on collaborative arts funded by Creative Europe, 2014-18